Jessica Hawkins wins at weekend - but has run out of funds 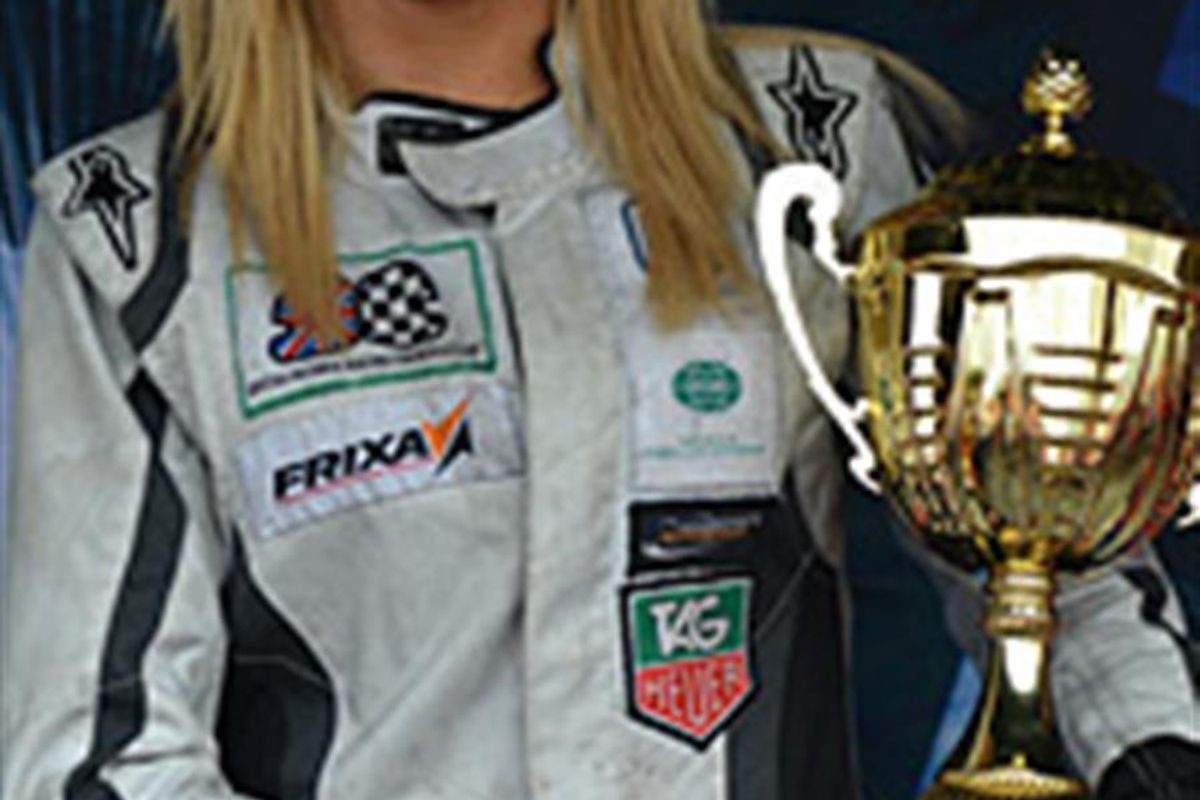 Everyone in motorsport bleats about funding - but it seems rather cruel that this young lady who obviously has ability - just won the latest round of the BNL Karting Series - may have to retire due to lack of funds - probably represents a strong marketing opportunity for some company..

PR below - worth reading how she fought for the win!

KARTING STAR’S CAREER UNDER THREAT DESPITE REMARKABLE BELGIAN VICTORY British motorsport could be on the verge of losing one of its most talented and successful rising stars with the news Junior Rotax kart racer Jessica Hawkins may well have competed for the final time – the 16-year-old’s limited funding having completely dried-up following this past weekend’s action.Despite a sensational performance last Sunday, 21st August, at Genk in Belgium where she won the latest round of the BNL Karting Series, the Farnham driver now faces an uncertain future and as things currently stand her hugely successful European outing is likely to have been her last ever.Over the past three weekends, Jessica has underlined her prodigious talent superbly with a series of sensational outings but despite such success she has been struggling to attract the necessary backing and sponsorship to keep her burgeoning motorsport career on track. It’s not too dramatic to state, her rare talent could be completely wasted if the required financial support isn’t forthcoming soon.After finishing runner-up in the hugely prestigious MSA Kartmasters British Grand Prix a fortnight ago, the Hampshire teenager travelled to Belgium for rounds seven and eight of the Formula Kart Stars Championship, on 13th/14th August, and rounded out the event sixth overall in the standings. Her performance that weekend was all the more remarkable, in fact nothing short of unbelievable, in that she had to contend with a major head-on impact during the second of the Heats on day one before then suffering third degree burns as a result of her kart being hit in Sunday’s Final.Displaying supreme courage and determination, Jessica bounced back from the multi-kart impact on Saturday to finish ninth in the first Final and then charged through from the back of the grid in both of Sunday’s Heats to take one win and a second place. Securing pole position for the second Final on Sunday, Jessica was well placed for a fantastic end to the weekend but contact from a rival damaged the radiator on her kart and this resulted in scalding hot water shooting over her arm. Even so, she bravely continued but had to retire with engine woes.“We were quick throughout the Stars weekend but at the start of the second Heat I had a spin and three karts hit me head-on”, she commented, “It was a big crash, and I did get some bruising, but we bounced back and on the Sunday everything was going well. I won one Heat and we took pole for the Final but when I got hit again the radiator broke and that’s when the water burnt my arm.”Remaining in Genk last weekend for the BNL Series, Jessica was unable to compete on the opening day as she had to visit the local hospital to have her bandages redressed. On the Sunday though she was back in action and qualified a highly creditable ninth fastest before finishing seventh in race one. Remarkably, and against all expectation, the Evolution Racing driver then produced a sensational performance in the all-important final to win by four seconds – a huge margin in the very closely contested world of Junior Rotax karting. “Winning the BNL round was fantastic, really amazing after all of the problems we had in the Stars the weekend before”, added Jessica, “It’s so disappointing we’ve run out of money to race as the results are really starting to come and I’ve been beating some of the best drivers in the world.“I really wish we could attract some sponsorship to help me continue racing but, as it is, we don’t have anything left. I really hope we can sort something out so I can at least finish the season, I’ve shown what I can do but last weekend was probably my last race.” Any potential investors, sponsors and commercial backers who feel able to assist with keeping the career of one of the UK’s most promising and proven competitors on track are invited to contact Jessica’s father, Mike Hawkins, on +44 (0)7970 052761.Should Jessica be able to secure the backing for the final two events of the 2011 Formula Kart Stars season, her next outing would be at Whilton Mill in Northamptonshire on 3rd/4th September with the last round of the year taking place at Ellough Park in Lowestoft on 24th/25th September.