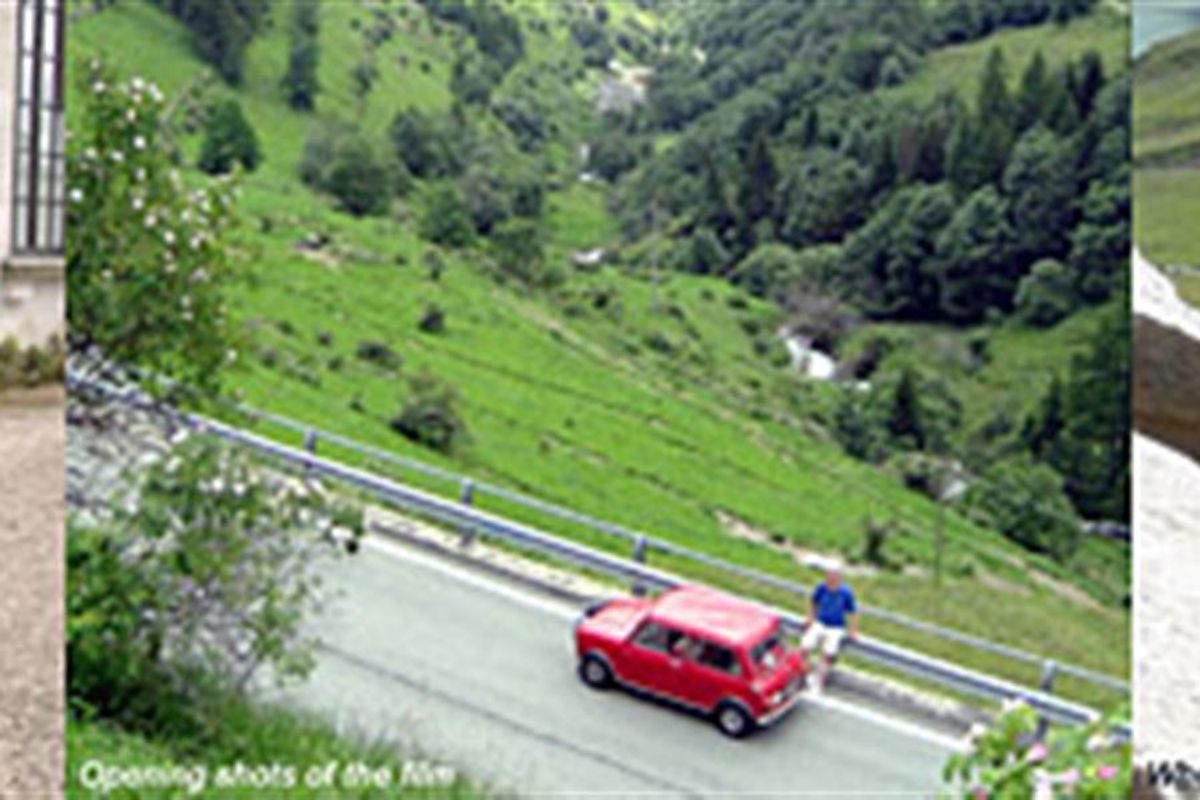 Ok - it's a fastidious recreation with help from the drivers of the Red Mini which was destroyed on film. Even has replica gold bars in the back!

Usual Astons's etc - a well known CSL Batmobile racecar as well as a rare 205 T16 GP B car -  but think this Cooper looks a lot of car for the projected bid - check out the footage that you have seen many times to get in the mood to find out more about the Cooper S coming up under the hammer...

We can all recite Michael Caine's immortal line 'you were only supposed to blow the bloody doors off' and maybe a few more besides, but Pino Lombardi's obsession with everybody's favourite car film, The Italian Job, caused him to go many miles further and create this near perfect evocation of the movie's Red Cooper S. We are indebted to him for the following facts:

"The car started life as a 1965 Morris Mini-Cooper S, registration 'DFW 203C'. It was totally stripped, the shell professionally restored by William Holliday of the MGOC and sprayed by MC Body Centre, Cambridge. The 1380cc engine and gearbox were specially-built by MED of Leicester. However, the original units subsequently surfaced and are available by separate negotiation.

The car sports three 1960 Cibie Oscar auxiliary lamps and two correct Cibie headlamps - all five are period originals and have guards / straps as per the film cars. The Minilite wheels are shod with Dunlop tyres of the same tread pattern as the film ones. The boot badge (Austin rather than Morris), lamp bar, number plates, original John Aley roll over bar and original Tech Del sump guard are exactly as they should be, while the bonnet straps, tax disc (complete with Hackney post office stamp!), AA sticker, original 1960s Everoak helmets and overalls have also been replicated as closely as possible. In the boot are two wire baskets of the correct size 'gold' bars that came from the set of the James Bond film 'GoldenEye'.

Detailed assistance with the replica was provided by David Salamone who sourced and drove the Red Cooper S in the film. Both he and Reme Julienne, who with his team performed all the stunts for the movie, have driven the replica and their signatures can be found on the headlining and sun visor. A once in a lifetime opportunity for Italian Job fans everywhere!"