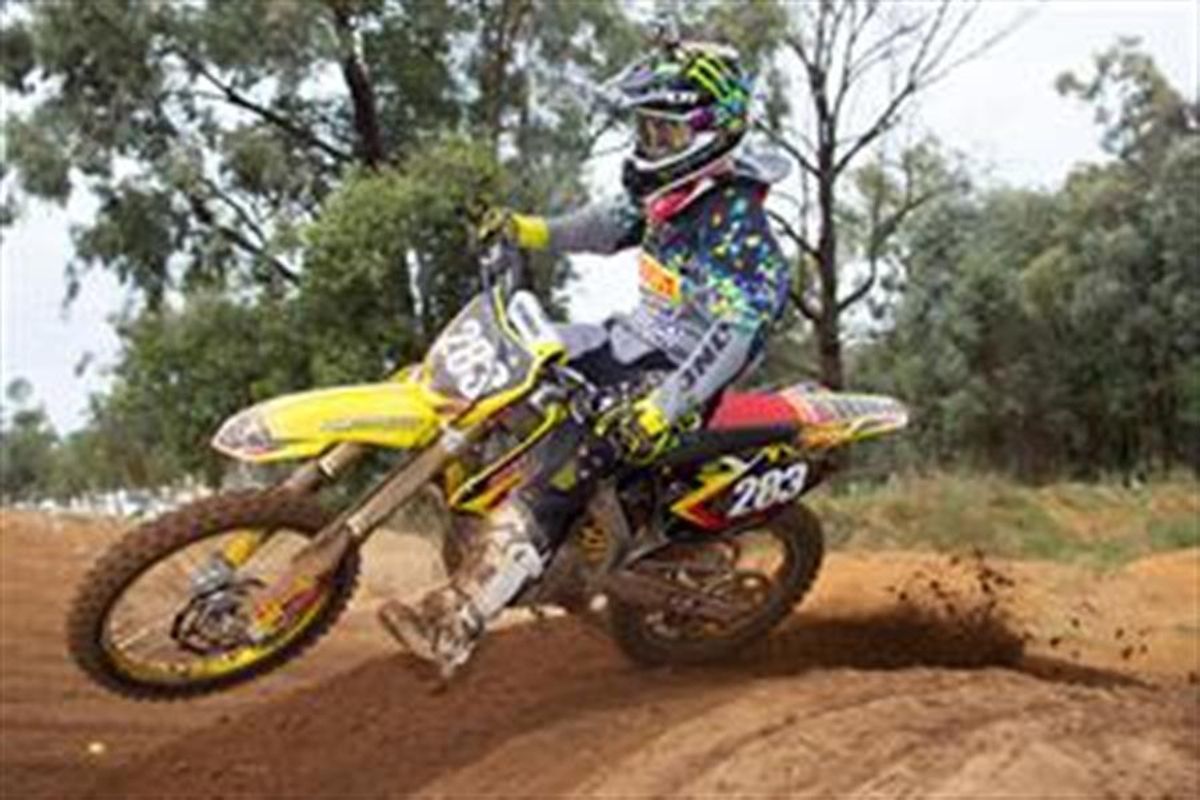 Raceline Pirelli Suzuki's Errol Willis and Jay Wilson continued their positive start to the MX Nationals, Australian Motocross Championship, with seventh place each in their respective classes at Coonabarabran in New South Wales at the weekend.

Rookie sensation Willis made an impression in the Pro Lites class aboard the RM-Z250 finishing third in moto one after leading the opening stages of the race. He backed up that performance with sixth in moto two and 10th in moto three for seventh overall and now holds ninth in the series after two rounds.

"My weekend didn't start off that great because I qualified 10th, but I still got pretty good gate picks for the races," Willis reflected. "I came away with third in the first moto after leading for a while, which was good for Raceline Pirelli Suzuki and myself. In the second moto it was decent and I finished sixth."

Team mate Wilson broke through for his first race win for the Raceline Pirelli Suzuki team in the Motocross Development category for Under 19s riders, taking out the opening moto of the round. An inconsistent effort however in the final pair of motos shuffled him down the order for seventh overall. Still recovering from a wrist injury sustained towards the end of last season, Wilson sits eighth in the Under 19s standings and remains positive that his form will improve in the upcoming rounds.

Said Wilson: "The final moto was going good, I had a good start, but then I started running out of puff again. Anyway, overall it was a good weekend and it's all starting to come together for me with experience.

"It was a bit disappointing for me because qualifying went great and then in the first moto I took the win, but I struggled in the final two motos and it cost me. I just tried to get through the last moto and did what I had to do to score points. I'm looking forward to keeping on getting stronger as the year goes on."

Under 19s Championship Standings (after 2 of 10 rounds):