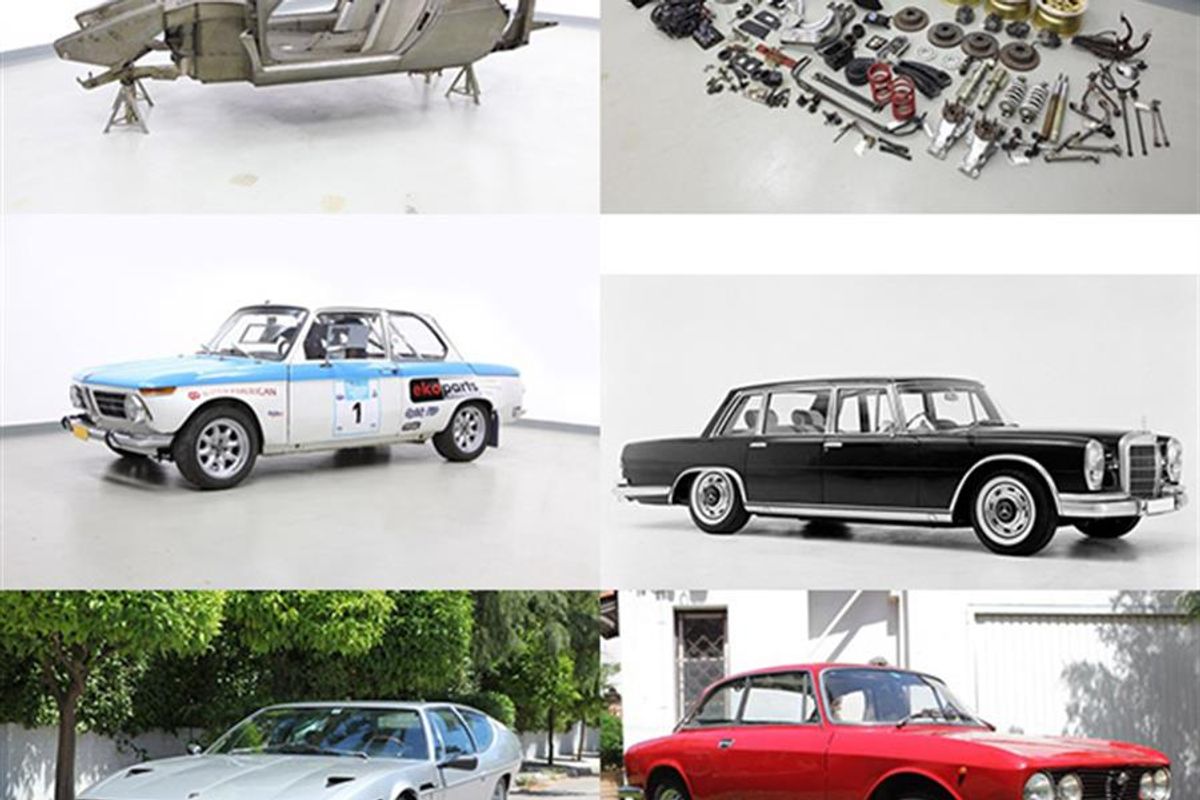 For the second year running Coys are holding a sale in Greece with some interesting electic lots...including a supposedly genuine Lancia Stratos bodyshell

Without question - the Stratos original? chassis and separate lot with assorted parts - is an eye catching offering - brave man to bid - but what a project - estimated at €50-60k for both lots

This bodyshell presumably has no chassis number - but even with the spares has no engine and gearbox. Dino mechanicals are relatively commonplace - but I cannot imagine that this would be less than a €150,000 - €200,00k project to produce the finished article? And then what have you got? - A Stratos with an original? shell - made up with a load of original and fabricated parts - with no chassis number...which would mean that the project owes you probably €50,000 less than a no stories car? How the market would value the car when completed is anyone's guess - but definitely way south of €50,000 less than a real one...

Still - if it took you years to build it - an amazing project - and if you accepted that due to provenance issues - this would have to be a keeper - it's a great alternative to a kit offering.

Probably the most logical buyer would be Steve Perez to use as spares for his Stratos rallycar - but let's face it if you are a Stratos owner - these parts look cheap...

Other stuff that caught the eye...