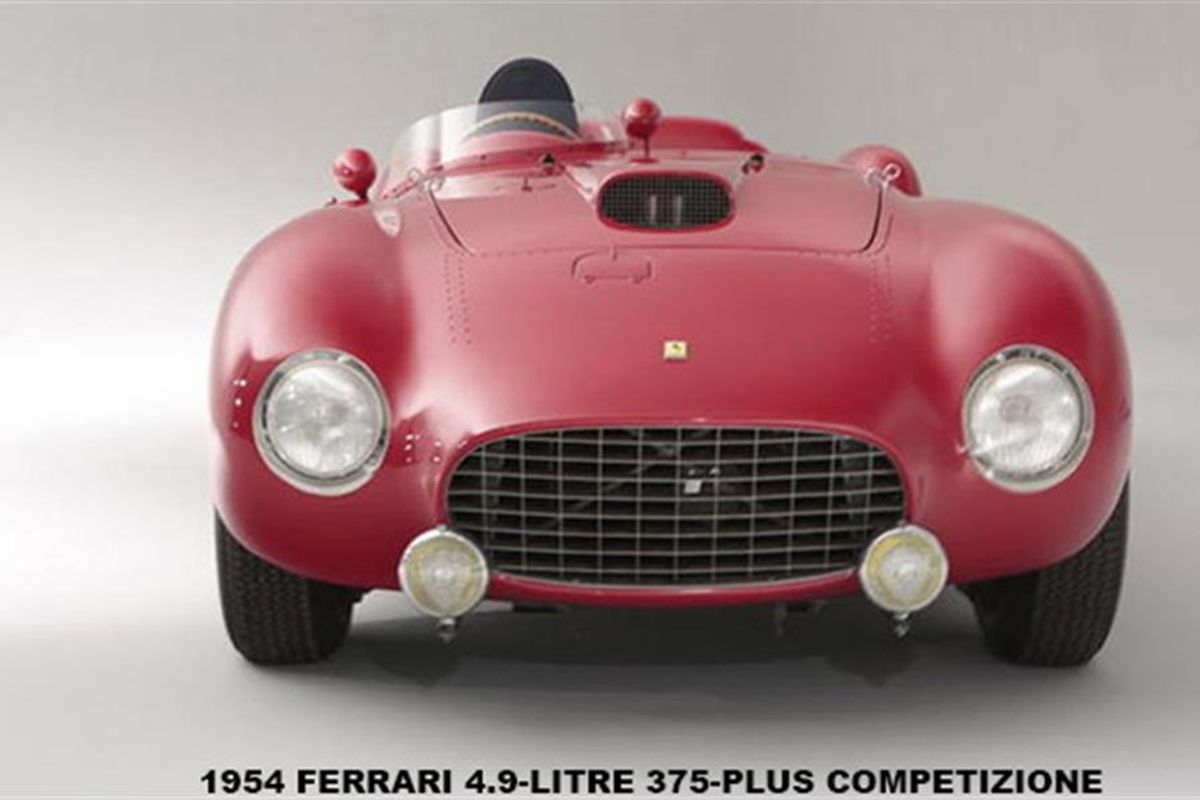 All prices including premium:

- 1960 LOTUS LX reached £124,700 - top of it's estimate - but for something which must be a very quick car and eligible for loads of events and unique - this was well bought.

- 1966 FELDAY-BRM 4 GROUP 7 SPORTS-RACING PROTOTYPE - a rough project - but driven but Jim Clark - for someone with big balls, patience and a healthy restoration fund - £14,950 might in the future seem a bit of a deal - or a deposit on a very expensive and complex project!

- 1955 AUSTIN-HEALEY 100S SPORTS RACING TWO-SEATER - £673,500 - period history - well documented - eligible for just about every event - hopefully going to an owner who will continue to campaign this proper old racecar

- 1954 FERRARI 4.9-LITRE 375-PLUS COMPETIZIONE - £10.73m - ok big money - but you cannot help thinking that if the previous ownership controversy may of fractionally affected the price - still there are not too many players who can drop £10m+ on old cars - so on reflection the price is probably right. With the 4.9 litre monster V12 - apparently good for 186 mph!

And whilst we are talking about Lamborghini Countach - this seemed a low price:

- 1983 LAMBORGHINI COUNTACH LP500S COUPÉ - £113,500 - 1 of 25 RHD - ok needs a bit of recommissioning after 10 years of storage - held British speed and endurance records - and it's a well known car - and at this money you could drive it - and with a 450 BHP engine which was blue printed at the factory it's probably still has brisk performance even by today's standards.

Bonhams' annual Festival of Speed Sale saw spectacular results, with the 'Fearsome Four-Nine' Ferrari 375-Plus battled out between bidders, and the hammer finally falling at £10.7 million ($18.2 million USD).

Robert Brooks, Bonhams Co-Chairman, said: "We've had a truly diverse range of spectacular motor cars at our Sale this year, causing great excitement in the sale room for both spectator and bidder alike, and achieving an outstanding result."

"With a total of £22.6 million worth sold in four hours, it's been another fantastic Festival of Speed for Bonhams"

Bonhams and Goodwood racing car historian Doug Nye, said: "This Sale has offered a phenomenal range of really special and important cars with their various classes. Above all, each of the prime cars offered has links with some of the greatest racing drivers of all time. Names like Jim Clark, Graham Hill, John Surtees and so many more. It's always a pleasure to see new owners' delight as the gavel falls. After all, they're winners too."

A 1902 De Dietrich - formerly part of the Michael Banfield Collection (over 1,000 lots from which were sold by Bonhams earlier this summer) - achieved at Goodwood today an astounding £998,300 ($1.7 million USD). Few cars can have come to light as spectacularly as this magnificent veteran, which was discovered during World War Two when a German bomb demolished the stable in which it had been sleeping on blocks since 1912. With just four owners from new, the powerful four-cylinder 4078cc De Dietrich is identical in specification to the works racers built for the 1902 Paris-Vienna challenge.

From ancient to modern, the Bonhams sale supplied all tastes. One of the most iconic sports cars of the 20th Century - a 1975 Lamborghini Countach LP400 'Periscopio' Coupé - sold for a new world record £953,500 ($1.6 million USD).