A weekend of contrasts at Shelsley Walsh Hillclimb 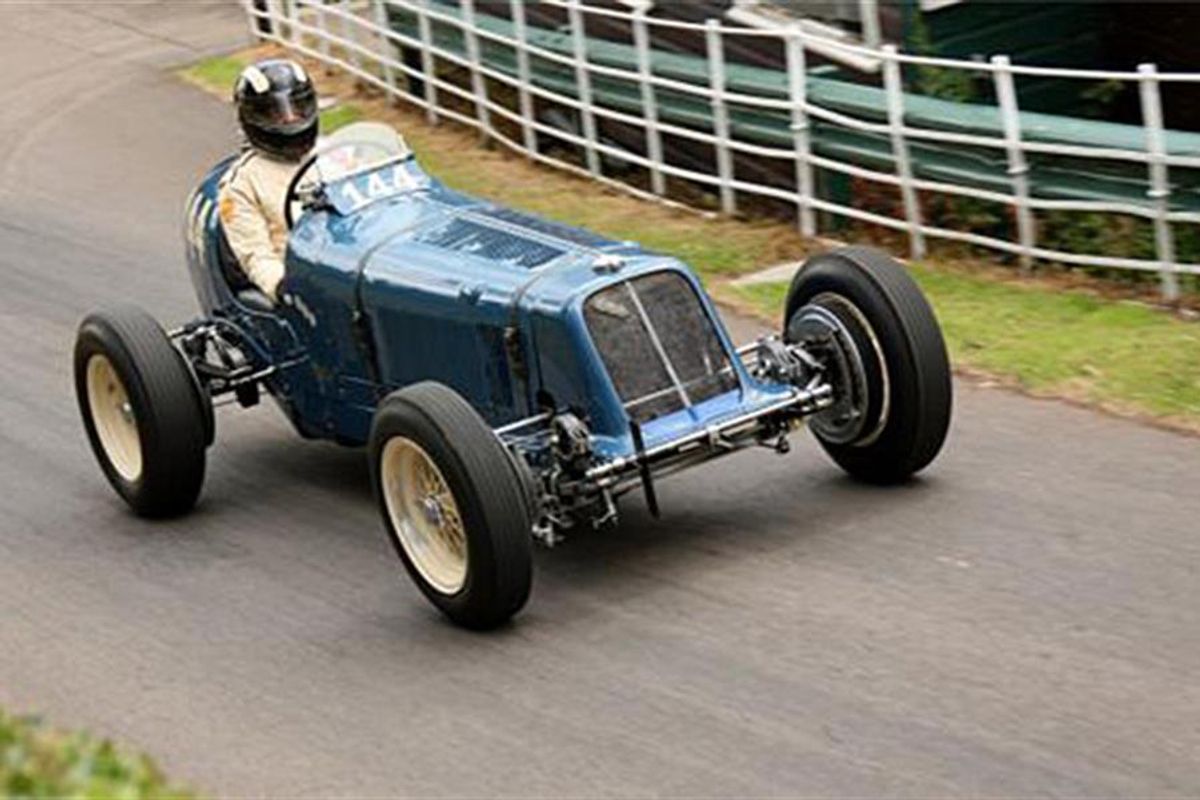 Sights and sounds from over 100 years echoed through the Teme Valley in Worcestershire at the weekend when famous motor sport venue Shelsley Walsh hosted two completely different meetings.

Saturday was the Reg Phillips Trophy Meeting and saw the visit of the Midland Speed Championship alongside invited clubs, where classic cars, sports and modern racing cars competed for points in the various classes and championships.

Overall fastest time of day went to Simon Moyse in the very latest GR59 car from the all-conquering Gould stable, this being the firm's racing car first powered by a motorcycle engine and recording a time of 26.40 seconds, with seasoned drivers Tim Davies and Bill Morris taking second and third places in their shared Pilbeam MP88.

Sheffield driver Sarah Bosworth set a new class record of 32.74 seconds in the road going series production cars class up to 2000cc with her much campaigned Lotus Elise and commented: "Track conditions were damp and difficult for morning practice and there seemed to be several drivers having incidents so I walked the course during the lunch break, and, utilising the experience gained at the recent 'school day' managed to see where I could gain time and was thrilled to then set the new class record on my first competitive run in the afternoon."

Sunday's Vintage meeting, held in conjunction with the Vintage Sports Car Club saw a wide variety of cars that have been competing at Shelsley Walsh, some from when they were first built just after the First World War, and many more built during the three decades to follow.

Class honours went to Angus Frost in his 1934 Austin 7 in the Under 1100cc section, Ou Baholyodhin in a Lagonda Rapier in the 1500cc class, James Baxter in the ERA R4A in the 3litre class and Peter Butler with the 1924 Bentley 3.4 Litre winning the Unlimited class.

Richard Ashford in the 1948 Cooper Mk1V won the Post War Racing Car class and regular competitor Chris Williams of Wolverhampton continued to impress the crowds with spectacular tyre-smoking starts off the line in the amazing 24000cc engined1929 Napier Bentley Racing.Spokesman James Taylor said: "The VSCC were once again delighted to hand over the reigns to the MAC to play host to over 150 Vintage, Pre-war and Historic Racing and Sports Cars at Shelsley Walsh for the annual 'Vintage and Post Vintage Thoroughbred Meeting' which is an event that brings together two of the most celebrated names and organisations in Pre-war motorsport.

"Our thanks go to everyone involved with the event - to Roger Thomas and the MAC team, the officials, the competitors and marshals for another fantastic addition to the club's 2014 Hill Climb Season in this the 80th Anniversary of the VSCC."