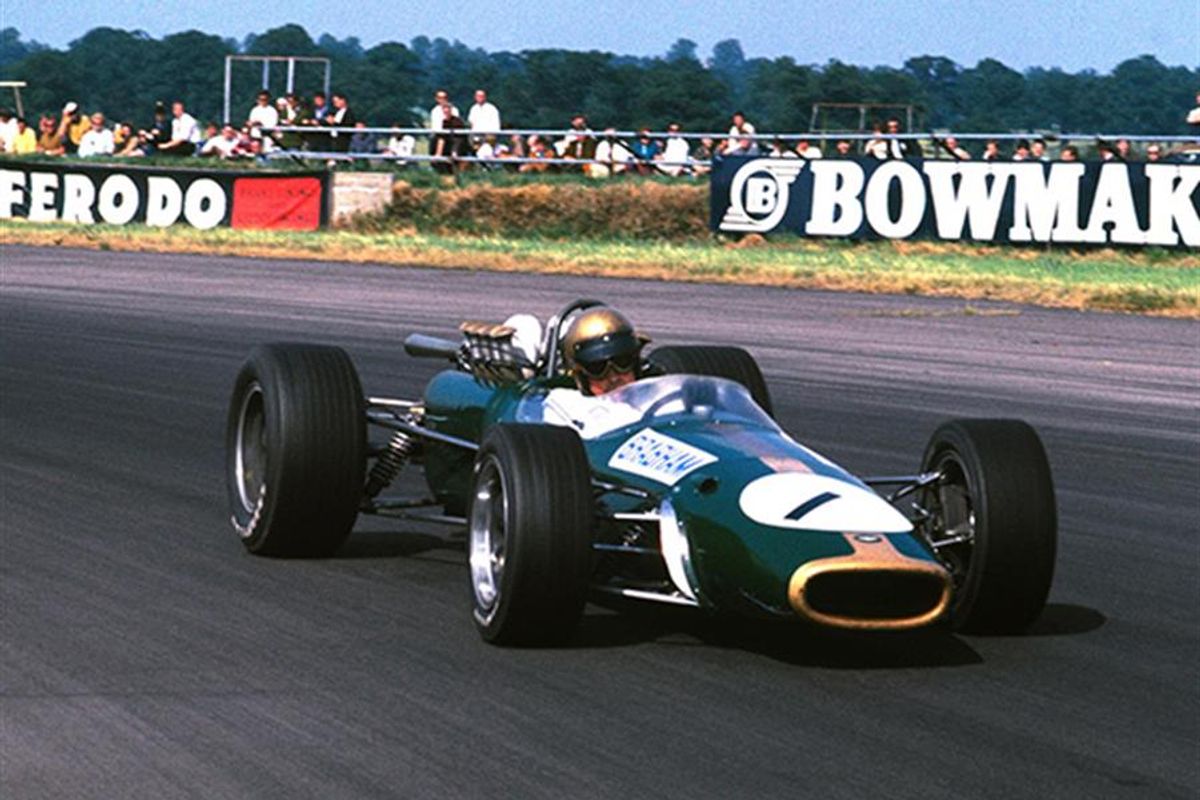 The three-time Formula One World Champion passed away in May aged 88 and is still the first – and only – man to win the ultimate F1 title driving one of his own cars. In total, the Australian legend – nicknamed ‘Black Jack’ – won 14 Grands Prix in an amazing career spanning from 1955 to 1970.

Paying tribute to these outstanding achievements, the two races organised by the Historic Grand Prix Cars Association for rear-engined F1 cars that competed in 1965 or earlier have been dedicated to Brabham. They will be renamed the Jack Brabham Memorial Trophy for HGPCA Pre ’66 Grand Prix Cars and prizes will be presented by David Brabham, the youngest of Jack’s three sons.

David – himself an ex-F1 driver and Le Mans winner – will also help to head the record parade of Grand Prix cars, which will be one of the highlights at the Classic on ‘Super Sunday’. He will be driving his father’s Brabham BT24 from 1967.

The special cavalcade will feature more than 100 GP cars and is part of the high profile celebrations to mark Silverstone’s 50th Grand Prix – an historic milestone reached earlier this month in the race won by Lewis Hamilton. Fittingly the winning roster also includes the name of Jack Brabham who won Silverstone’s 10th Grand Prix back in 1960.

"The Silverstone Classic this year will be a very special event and one I am looking forward it to very much,” said David. “It will be an amazing experience for me to be part of the massive parade of 100 Grand Prix cars, driving the Brabham BT24 in honour of my father. There will also be quite a few cars in the parade that my dad drove through the years, so it will be good to see all of those as well. Jack meant a lot to a lot of people around the world and this is another great celebration of the man and his success."

David will be joined at the front of the huge and historic parade by Stirling Moss, who will be behind the wheel of an iconic Maserati 250F. It’s a significant mount, too, as although Jack is renowned for competing in Coopers and, of course, his own Brabhams, he did once race a 250F and that intriguingly was at Silverstone in 1956.

“Whether it’s through his own outstanding achievements or via the cars that hail from the company he founded, Jack Brabham will always be a motor sport colossus and we are privileged to be honouring his legacy at this year’s Silverstone Classic,” said Nick Wigley, event director. “Jack will always be associated with the move to rear-engined F1 cars and his two titles in 1959 and 1960 are testament to that. So it seems completely right to be dedicating the pair of HGPCA races for those machines – some of which he actually raced himself in period – to his memory.”

Fans not wanting to miss either the two Jack Brabham Memorial Trophy for HGPCA Pre ’66 Grand Prix Cars or the record Grand Prix car paradecan buy tickets and hospitality via the official www.silverstoneclassic.com website. Prices start from £39 and all tickets – which must be purchased in advance – include access to the two packed racing paddocks, trackside grandstands, live music concerts, funfair and a feast of terrific family entertainment.