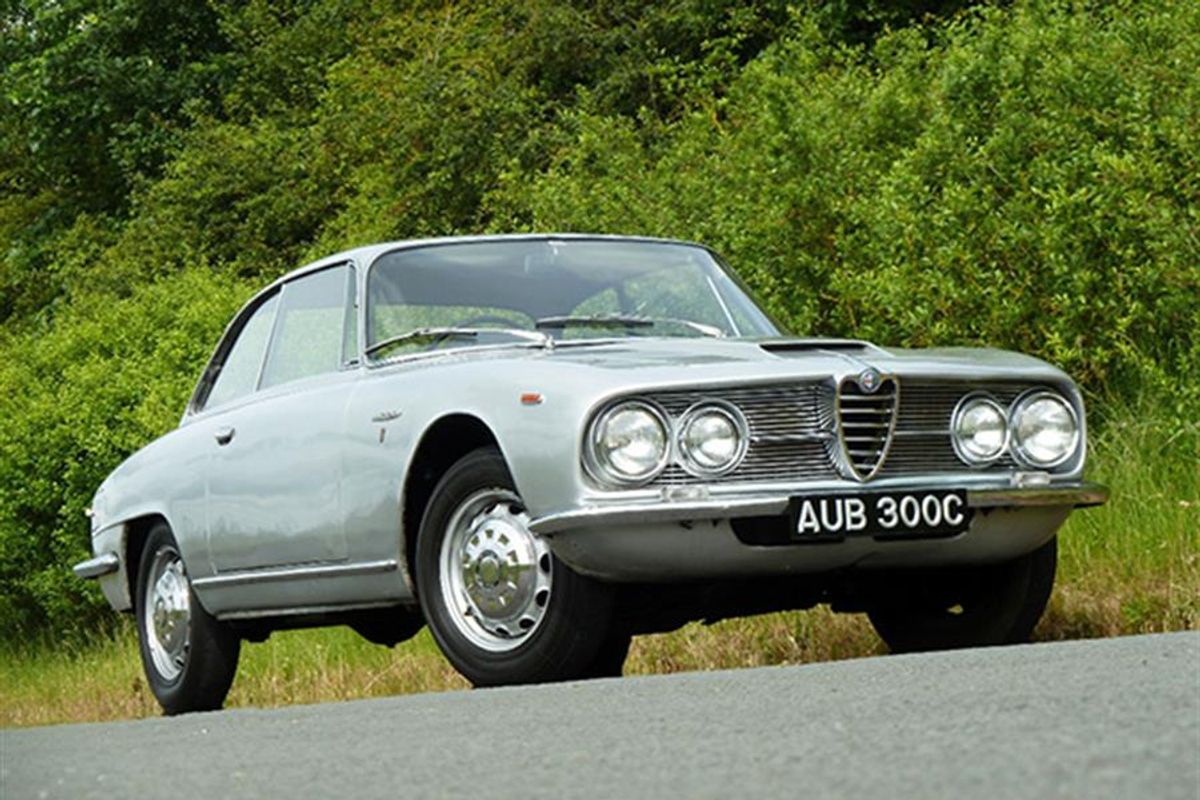 Stylish 2 door coupe body - understated 60's Italian coolLusty 2.6 straight six twin cam - with triple webers.... not going to sound shabby is it?!RHD - 1 of 596 made from a total production of just under 7000 - how many RHD cars do you think are left?Following on from above - when did you last see one on the road?

Going under the hammer tomorrow at Silverstone Auctions silverstone Classic meeting auction - this Alfa is described as an honest car - that although could probably do with a bit of paint - is ready to enjoy. From the description it does not sound like a rotten moneypit - but something which is crying out to be used.

Estimated at £13-16k - you are not looking at the kind of money where you would be precious about using it - and with 4 seats - ample room to take some mates to a car event.

If it's mechanically as sound as described and the shocks were not too tired and the brakes were up to it - it would probably be a real hoot to do some gentle track exercise - I would imagine there's sufficient grunt to unstick the rear and the fact that the old fashioned high aspect ratio narrow rubber probably give up grip well before serious pace is reached would all add to the fun.

I would need to suppress the urge to look at the car as a good basis for building an FIA racecar - with 210 BHP stripped out etc - because you know that ultimately would be financially ruinous and miss the point of using the car as is - as a really usable non-temperamental classic.

Anyway add the ingredients of twin cam straight six, stylish body from the 1960's, 4 seats, rarity and look at alternatives from Ac, Jaguar, Aston Martin, Iso, Maserati and you are looking at a much higher price to get in the game. Alfa Romeo lineage from that era is no disgrace - I think if it's honest car and the estimate is in the ballpark when the hammer goes down tomorrow - someone should walk away with some comparatively Cheap Italian Thrills - for the price of a paint job on a Ferrari of the same era.