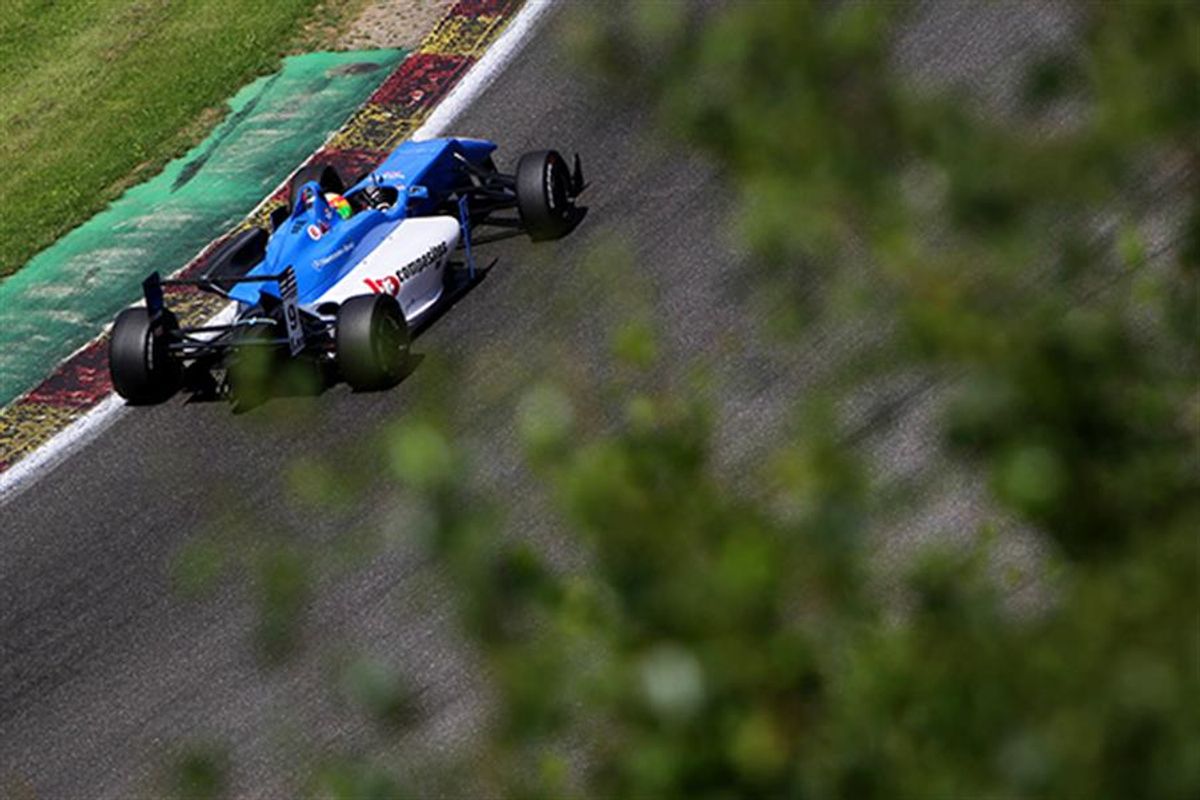 Racecar customer - Double R racing take two British F3 Wins At Spa with spanish star Roberto Merhi making his debut for the team - just goes to show if you get a serious driver in the car - Double R have not forgotten how to engineer a winning F3 car..!

Double R Racing celebrated its first victories of the Cooper Tires British Formula 3 Championship season at Spa-Francorchamps on Friday, 25th July, with Spanish star Roberto Merhi delivering an outstanding performance on his maiden outing with the Woking team.Joining the British F3 grid to enable himself to qualify for participation in the annual Macau F3 Grand Prix in November, the 23-year-old Mercedes-backed driver made a huge impression at the wheel of his Dallara F312 and went on to claim two superb series wins in rounds 10 and 11 of the season.Realistic hopes of a hat-trick of successes were unfortunately dashed prior to the start of the last of the weekend’s encounters on Saturday, 26th July, when fuel pump problems resulted in Merhi sitting out the final race.Double R regulars Andy Chang and Camren Kaminsky retained their championship placings, fourth and fifth respectively, with the former taking a best points finish of fifth in round 10 and Kaminsky the sixth highest British F3 points scorer in the same race.“It’s obviously been fantastic taking our first wins of British F3 season”, said a very happy Anthony ‘Boyo’ Hieatt, Double R team principal, “Roberto was a class act all weekend, as we knew he would be, and it’s just a shame he wasn’t able to take part in race three – I’m sure it would have been three wins from three. We’ve really enjoyed working with him and hope he’s back with us for Macau.“Andy and Camren had a great opportunity to learn from a driver of Roberto’s calibre and they each maintained their championship positions which we’re obviously happy about. All in all, it’s been a good trip to Spa.”Starting Friday morning’s race from third on the grid, Merhi instantly moved up into second place past the slow starting Sean Gelael. Following an early Safety Car period, when racing resumed on lap four Merhi continued to hold second but on the run to Les Combes one lap later he was nudged back to third place by Gelael in his FIA Formula 3 European Championship specification Dallara.Remaining in touch with the faster car, Merhi ran in third position to the chequered flag on lap 12 to claim the British F3 victory – Double R’s first of 2014 – as the highest placed points scorer in British F3-spec machinery.Chang and Kaminsky qualified in 10th and 13th place respectively and, prior to the emergence of the Safety Car, the Macanese driver had climbed into eighth position while American racer Kaminksy remained in 13th spot.Following the re-start, Kaminksy broke into the top 12 and then 11th position a lap later before working his way into the top 10 a couple of laps from the finish. Unfortunately elbowed back down to 12th before the conclusion, Kaminsky was the 10th highest points finisher.After a drive-through penalty was given to championship leader Martin Cao, which he served at the end of lap six, Chang moved into seventh place where he stayed to the chequered flag – the fifth of the points scorers.Friday’s second encounter, round 11, again began with Merhi third on the grid but a superb start from the Spaniard elevated him into the outright lead. Looking all set for a famous win ahead of the faster FIA cars, the Double R driver unfortunately lost out to Ed Jones on the final lap due to lift pump issues but the runner-up spot, and his second British F3 victory, marked a sensational result.Lining-up in seventh position, Chang ended a tough first lap in 13th spot just ahead of team-mate Kaminsky who had started in 12th place. The American managed to get ahead of the Macanese racer on lap two, the pair circulating in 10th and 11th respectively at that point, and as they continued to make progress by the end of lap four they were both inside the top 10.On lap five, however, Chang managed to get back ahead of Kaminsky for ninth place and they stayed like that until the penultimate tour when the former grabbed eighth from Matt Rao. On the final lap, though, Chang was re-passed so finished ninth with Kaminksy a little further adrift in 10th position.For the third race in succession, Merhi was scheduled to start round 12 on Saturday from third place but with Double R not happy with the fuel pump repair following race two, a decision was taken for Merhi to sit-out the final encounter – having already done more than enough to qualify for Macau.Chang, therefore, was the highest placed Double R starter in an effective eighth on the grid but unfortunately slipped back a couple of positions over the course of the opening five laps. Holding 10th place until the penultimate tour, the Macanese driver was edged back to 11th before the finish.Kaminsky began the race in 12th position and held station until three laps from the conclusion when he was nudged back a place. In terms of the British F3 placings, Chang and Kaminsky were classified ninth and 11th respectively.Double R Racing returns to UK soil for the next round of the Cooper Tires British F3 Championship season with the category visiting the ultra-fast Thruxton Circuit in Hampshire on 16th/17th August.Provisional 2014 Cooper Tires British Formula 3 Championship Standings (after Rd12):4th Andy Chang, 103pts; 5th Camren Kaminsky, 78pts; 9th Roberto Merhi, 39pts