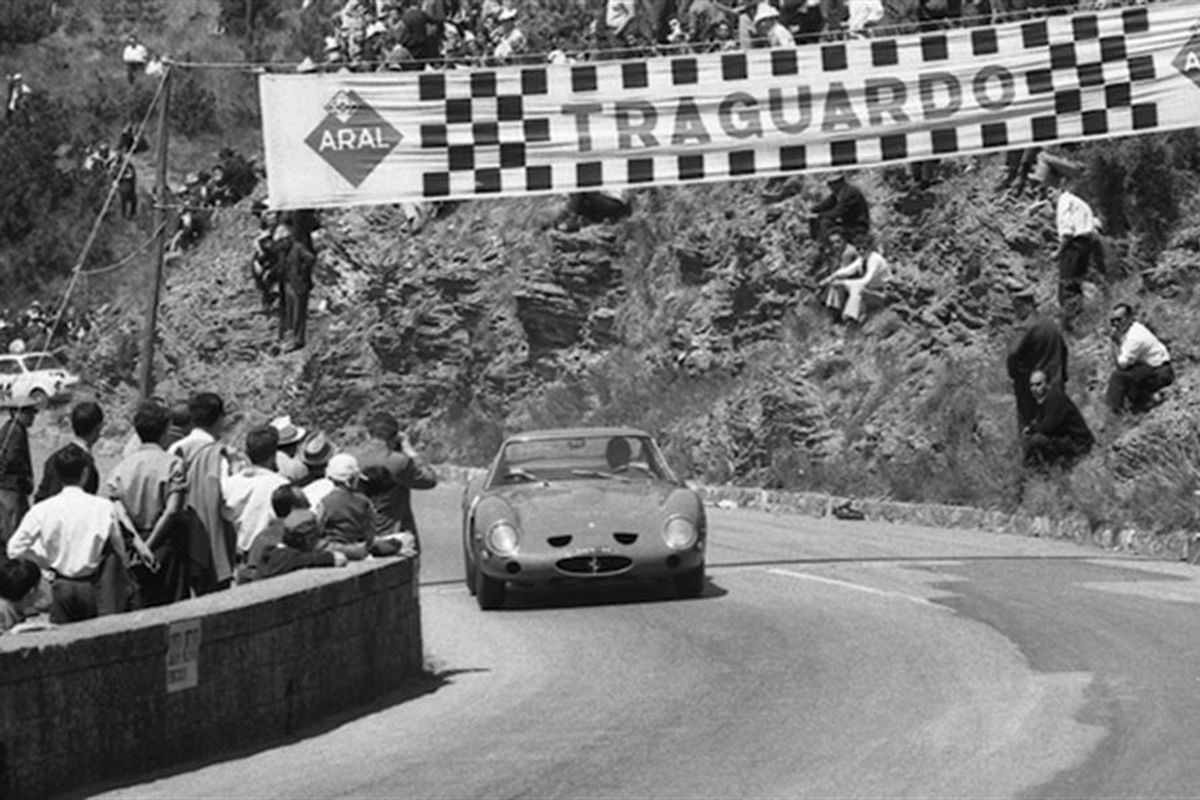 Despite the spin below - the car was sold possibly a little below a lot of expectations - some possible reasons why:

- Car was involved in fatal accident in 1962 - may have put some off - not me - but I am not in a position to buy!- Car was actively used in it's recent life - and how much of the car is original is up for debate - but the same good could be said for some of the high profile concours queens too...which do not have original engines etc.- Public Auctions are not always the most discreet way to buy a car - if you are spending this much the profile of the transaction might be off putting - sometimes via a broker/dealer under the guarantee of anonymity might suit- At the end of the day if you are in the market for a 250 GTO there may be other cars privately for sale which are "better" - they will cost more - but at this level if you are a billionaire why not buy the best available?- There are LOADS of other cars coming up for grabs in the next few days - powder being kept dry for these?

Anyway hats off to Maranello Rosso Limited for doing the deal - they have raised $65m with the sale of 10 cars - but there are quite a few left from the collection to sell to re-coup the 75m-110m Euros rumoured collection acquisition price - still a brave gamble!

Anyway let's hope the new owner gets the car and uses it like it's previous owner for us to enjoy!

Surpassing the current record of the most valuable car sold at auction, which was also set by Bonhams with the 1954 Mercedes-Benz W196 R F1 Racer that sold for $30-million at Bonhams' Goodwood Festival of Speed Auction last year, the Ferrari GTO had been the subject of intense international interest.

Bidders from around the world were in attendance in the audience and on the telephones. The auction pavilion was filled to total capacity with overflow on the lawns watching the happenings live on the numerous television screens. After the start of a passionate bidding war that at times resembled a tennis match, complete with moments of silence interrupted by cheers, the audience erupted in applause when the fall of the gavel confirmed the final price.

Says Robert Brooks, Chairman of Bonhams, "It's been a genuine privilege to represent this outstanding car and we are absolutely delighted with today's results. We've always maintained that we would exceed the current world record and that the car would bring between $30-$40-million and today the GTO did just that."

Demonstrating the confidence in the collector car market and the strength of the Ferrari brand, today's new world record also reaffirms Bonhams' position as one of the world's leading auctioneers of rare and important motorcars.

Tomorrow promises to be another extraordinary day as Bonhams hosts the second day of its two-day auction at Quail Lodge. Another 107 exquisite automobiles of numerous British, European and American makes and models and every vintage will cross the auction block starting at 11:00am local time.