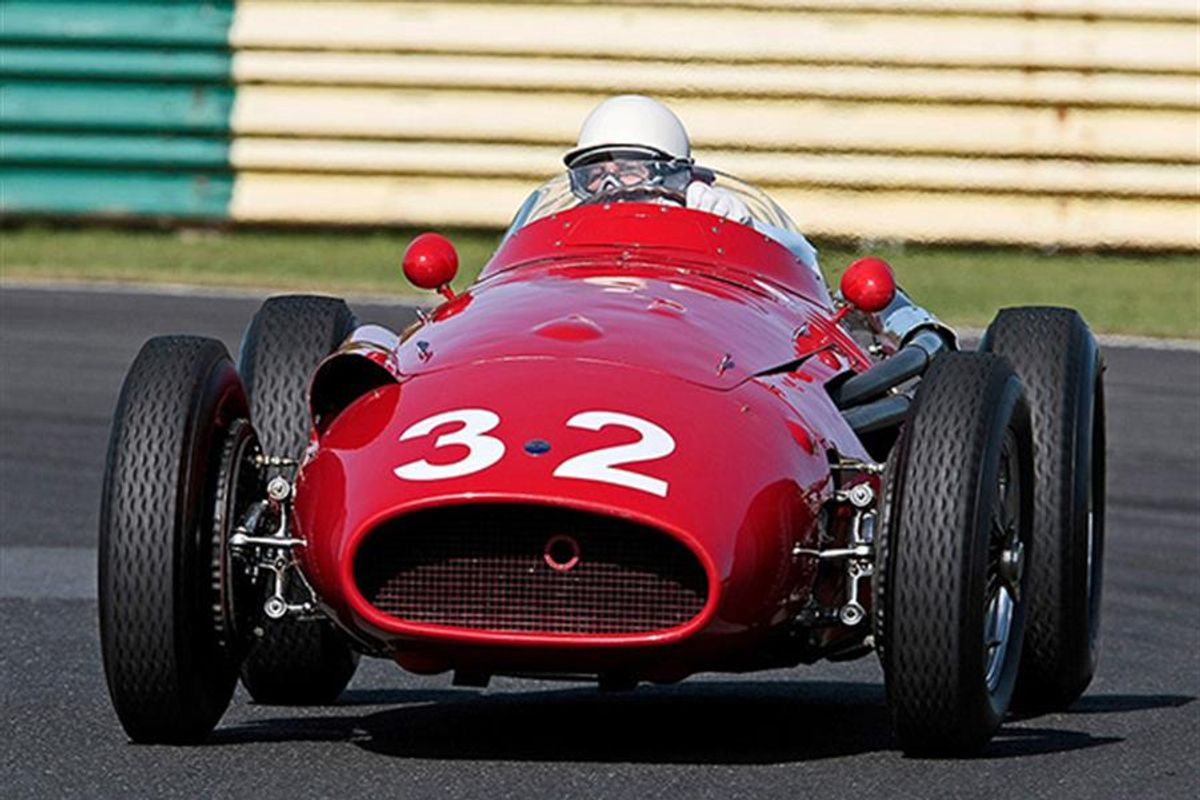 Motor sport fans in the north-east can take a high-speed trip down memory lane at Richmondshire Museum between now and the end of October, with a special exhibition and collection of absorbing memorabilia dedicated to the 50 years of Croft.The popular North Yorkshire venue recently celebrated its half-century milestone at its increasingly popular Nostalgia Weekend – fittingly, exactly 50 years to the date of the inaugural Daily Mirror Trophy Meeting held at what was then known as Croft Autodrome back in 1964.At the beginning of the Second World War, an airfield named RAF Croft was built on the site now occupied by the circuit. Also known as Croft Aerodrome, it was mainly used as a bomber airfield and was home to a number of different squadrons as well as Wellington, Lancaster, Whitley, Stirling and Halifax aircraft.During the late 1940s and ‘50s, Darlington & District Motor Club held motor race meetings at the airfield using various configurations of runways and perimeter roads. In April 1962, the Air Ministry offered two-thirds of the aerodrome for sale at public auction and a consortium of motor sport enthusiasts led by Bruce Ropner purchased 160 acres of the site including the runways and a third of the perimeter roads.The Daily Mirror Trophy Meeting revved proceedings into life with both two-and-four-wheeled action, and throughout the 1960s and ‘70s the Autodrome continued to be developed for club, national and international-level race meetings as well as providing a venue for private testing, development of new cars, driver tuition and advanced driver training.The circuit’s roots as an aerodrome were acknowledged with an annual ‘RAF Day’ known as the Battle of Britain Meeting, which included a flypast by a Lancaster bomber and attracted the likes of motor racing royalty Sir Stirling Moss amongst other sporting luminaries.At the end of 1967, Croft began to host rallycross events, using part of the tarmac race circuit combined with a new, specially-created loose-surface track. These proved to be extremely popular, and were broadcast live on ITV’s World of Sport programme.By 1981, the profitability of events had fallen and resurfacing requirements caused Croft to close for a while. By 1987, however, it was back with a bang as it hosted the prestigious FIA Internations-Cup, going on to stage the event again in 1990 and the British round of the European Rallycross Championship in 1994.In 1997, Croft underwent another significant redevelopment – including major revision of the circuit layout as well as the creation of a new race control, pit area and spectator facilities – spawning the modern international circuit that can be seen today and kick-starting an on-going revival. This attracted many top-level British motorsport events including British Superbikes, British F3 and British GT.Now operated by the British Automobile Racing Club (BARC), Croft annually welcomes the hugely popular Dunlop MSA British Touring Car Championship – the country’s leading racing series – as well as the retro-flavoured Nostalgia Weekend and British Rallycross Championship, amongst many other high-octane race and rally events, thrilling track day experiences and even cycling.Famous drivers to have plied their trade and honed their careers at Croft over the ages include Formula 1 World Champions Ayrton Senna, James Hunt, Alan Jones, Kimi Raikkonen, Lewis Hamilton and Jenson Button, as well as multiple Indianapolis 500 winner and IndyCar Champion Dario Franchitti.“Richmondshire Museum is very pleased to have the opportunity to put on this exhibition to commemorate 50 years of Croft Autodrome and Circuit,” remarked John Culpan, chairman of the Richmond-based museum. “The museum previously hosted an exhibition about the World War Two airfields in Richmondshire, including Croft, and it is fitting to recognise the significance of the event and the circuit as the pre-eminent motor sport venue in the North.”“What a magnificent way to mark the 50th anniversary of motor racing at Croft!” echoed circuit manager Mike Cantelo. “We are immensely proud of Croft’s history over the years, and extremely excited about what the future holds. It is a venue that through all the changes and all the eras has never lost its defining characteristic – its spirit – and that is what will continue to guide Croft through the next 50 years of its fascinating story.”To find out more about the exhibition, admission charges and opening times, see: www.richmondshiremuseum.org.uk/index.htmlFor further information on the various race meetings and track day opportunities at Croft, www.croftcircuit.co.uk