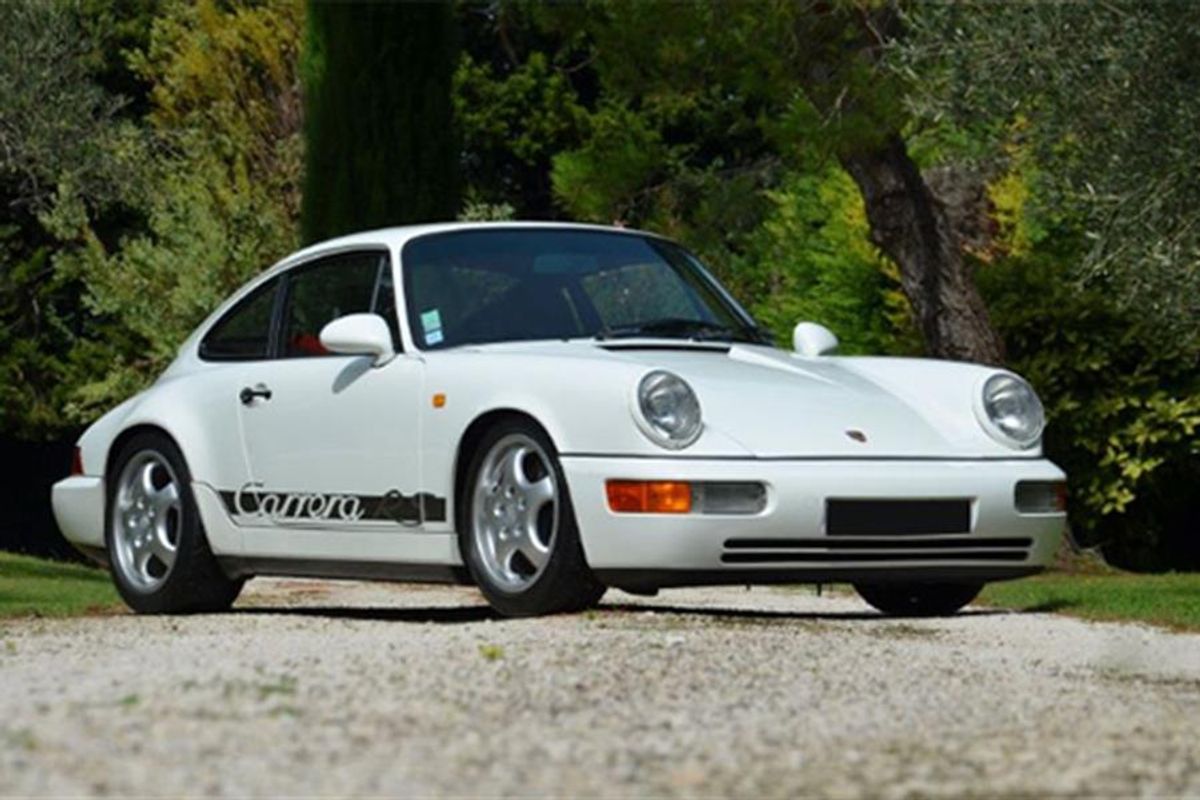 Details on the Porsche below:

This car was sold new in Avignon, and has remained in the region ever since, which is highly unusual for a car of this kind. In 1994 and 1995, it belonged to a company who is believed to have been the second owner. It then passed in to the hands of a collector from Vaucluse who kept the car until 2009. He sold it to his neighbour, the current vendor, a Porschiste perfectionist, who also owns a 993 RS.

Presented in the original " Grand Prix Weiss ", it comes with a file of invoices from the Baumet garage, dating from 1995 when it had covered 13,595 km. The car conforms completely to the original, with the constructor's plaque evident under the bootlid and, at the front, the fixing bolts for the shock absorber housings complete with their mounting marks. The back of the kilometric odometer was replaced by a specialist when the car had covered 31,000 km. Unsurprisingly, given its condition, this Porsche won first prize at a meeting organised by the Porsche Club of France to mark 20 years of the RS. The car is complete with wallet containing the various manuals that were delivered with the car, (including the stamped service book), its toolkit and a second set of keys.

The 964 RS was derived from the Carrera 2 unveiled in 1989, and represents the third generation 911, the last before the styling departed markedly from the first version. The RS, which re-used for the first time the two prestigious letters last seen on the 1972 2.7 RS, was a competition/client model designed to compete in Gr. N/GT, while being homologated for road use. The modifications were intended to keep the weight down and so the interior was stripped (notably no rear seats, air-conditioning or power steering), and it had a aluminium bonnet. On the mechanical side, the 3.6-litre flat-six engine had overhead cams and a special electronic gearbox that boosted the power to 260 bhp. With additional modifications to the suspension, the result was a radical car, with an excellent power-to-weight ratio and unequalled handling, that makes it ideal for circuit use. It is rare to find an example that is in such an exceptional condition as the one we are offering here.