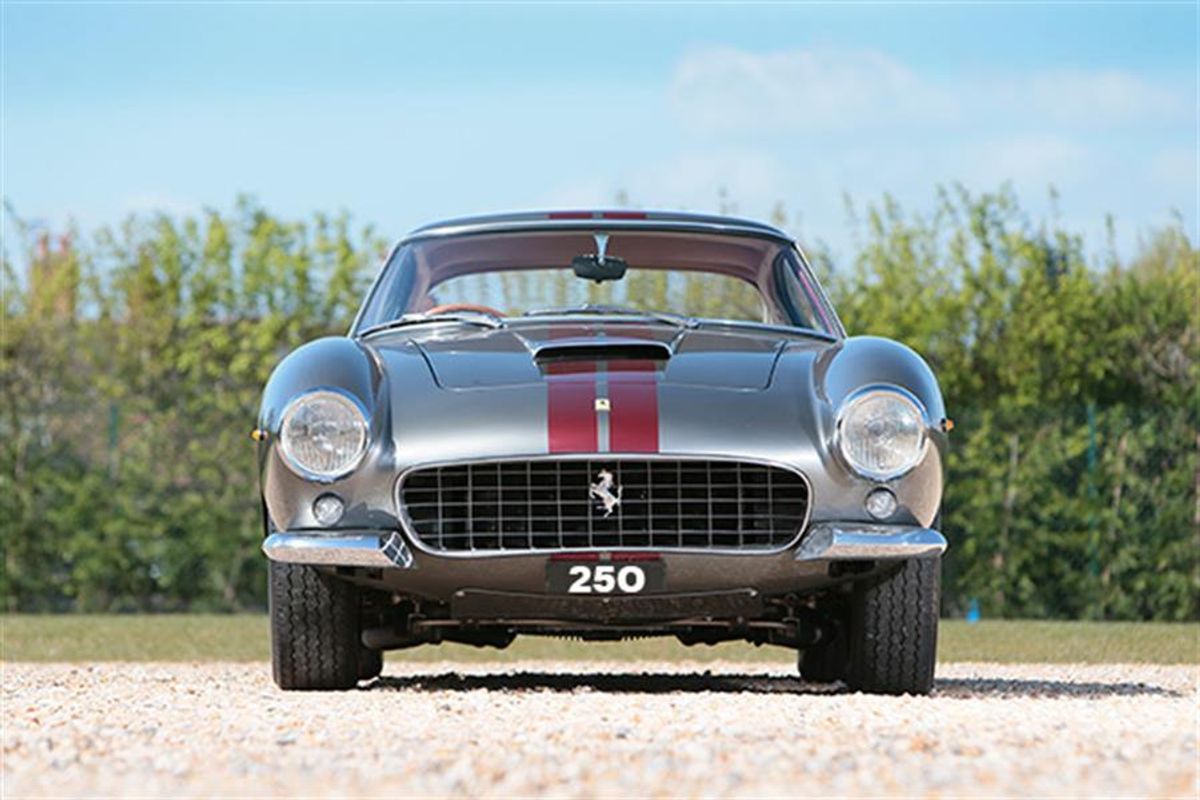 Talacrest set British record with £500k purchase of 25 O - picture above of what it might look like on the Ferrari 250 SWB it is destined to be placed on.

Talacrest set new British record with purchase of 25 O - going to end up on this Ferrari 250 SWB.

Spending just under 5% of a car's value on a rather special plate is not crazy if you can afford it!

I rather fancied 964 RS to go on my Porsche 964 RS - but quickly found out that a £10k hammer bid - £13k budget with commission - was so miniscule that I did not even get a chance to bid before it was eventually knocked down to £26.5k to someone with more extravagant taste - still the money "saved" can go to some rather natty BBS magnesium centre locks I have got my eye on...

DVLA Personalised Registrations has set a new British record for a personalised registration sold by the Agency after 25 O was bought for more than £500,000.

Incredibly, John Collins, who, as owner of Talacrest, is regarded as one of the world’s leading collectors and dealers of classic Ferraris, bought 25 O for £518,000 less than three hours after successfully buying 250 L for a staggering £130,320. Both sums include fees and take the total amount paid by the businessman to £648,320.

Both are among the 1,600 registrations being auctioned by the Agency as part of its 25th Anniversary three-day auction – and also 150th live sale – currently being held at The Vale Resort near Cardiff.

Both registrations will be placed on two of the world’s most exclusive cars; 250 L will head onto a rare 1964 Ferrari Lusso, while 25 O will sit on the Ferrari 250 SWB once owned by the rock singer Eric Clapton.

Moments after his success, Mr Collins said: “I was just determined to own them, it was just a case of how much I was going to have to pay for the privilege.”

Asked just how much he was prepared to pay for 25 O, Mr Collins replied: “I’m not too sure, it could possibly have been the first £1 million personalised registration!”

Jody Davies, DVLA Personalised Registrations’ Events Manager, said: “What a spectacular way to mark our 150th auction during our 25th Anniversary year. While we had high hopes for both registrations, we never dreamt they would be so successful and enable us to make history for the DVLA.