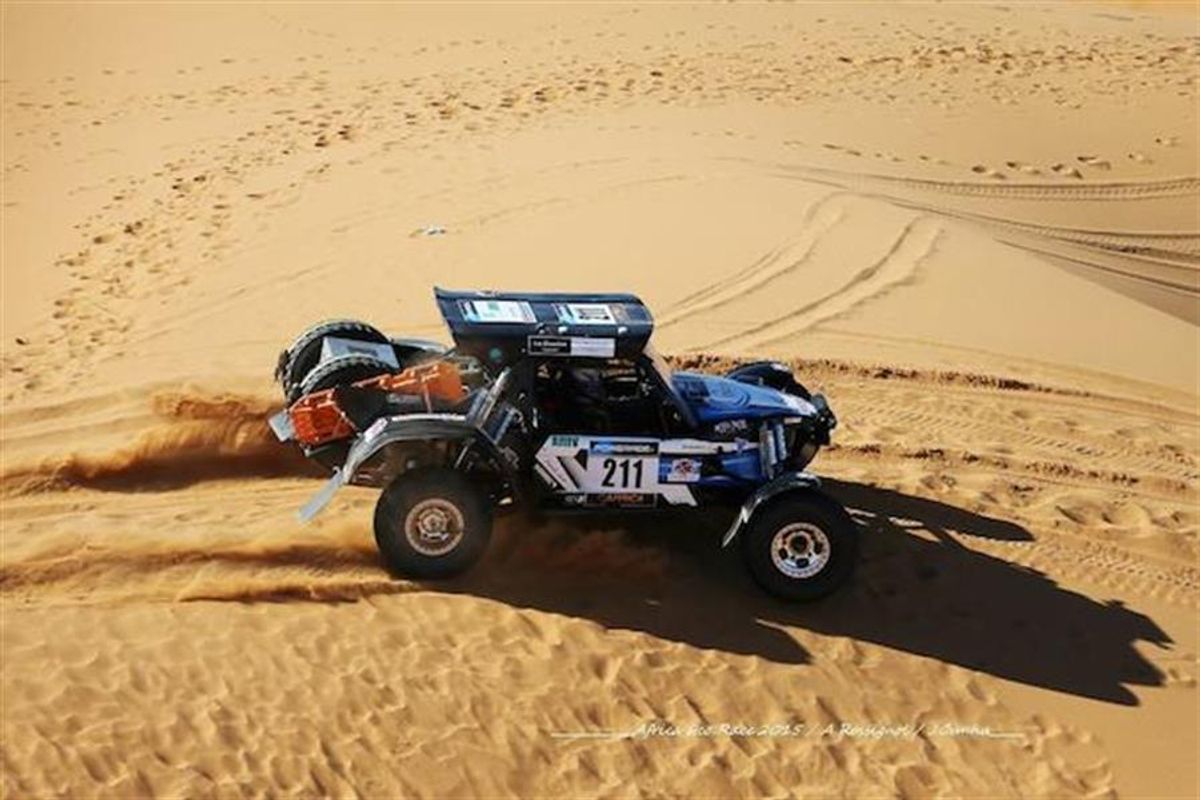 After the first day the competitors of the 2015 Africa Eco Race started the second stage (377 km) between Merzouga and Mahmid.

Pal Anders ULLEVALSETER confirmed his domination in the bike category, Mathieu SERRADORI won his very first stage at the wheel of a Buggy and Elisabete JACINTO took the Truck win.

The bikes were covered with ice at the start of the second special stage. The cold naturally did not disturb Pal Anders ULLEVALSETER, this freezing weather was ideal for the Norwegian as the KTM biker dominated the stage and finished 46’31’’ in front of Namibia’s Ingo WALDSCHMIDT and Vadim PRITULYAK just under 9 minutes behind.

Obviously ULLEVALSETER "This second stage was magnificent! I rediscovered René METGE’s road book which is always very precise and gives you good confidence when you ride. I had great fun and for the moment all is going well."

The other Norwegian John Olav LINDTJORN also confirmed his good potential by finishing 4th and Belgium’s Gilles VANDERWEYEN who finished 5th on Wednesday's stage. On the girls side and after a cautious first stage, Russia’s Anastasiya NIFONTOVA finished in 8th position riding her HUSQVARNA, about 16 minutes in front of Patsy QUICK from Great Britain.

In the provisional general classification, Pal Anders ULLEVALSETER already is over an hour in front of his countryman John Olav LINDTJORN and Gilles VANDERWEYEN in 3rd position although thre road to Dakar is a long one.

On four wheelsit was the leader Jackie LOOMANS who lost some time. By bypassing the ideal track the Belgian stuck his TOYOTA pick up in a mud pond losing over 30 minutes, due to the recent flooding in southern Morocco. The same problem happened to Anton SHIBALOV and his huge KAMAZ truck. This was just perfect for Miroslav ZAPLETAL who took advantage of LOOMANS’s situation to finish 2nd on this stage, now being 1st in the general standings 1’32’’ in front of Yuriy SAZONOV also in a Hummer H3 evolution. Jean Antoine SABATIER and his BUGGA ONE completed the podium of the day.

SABATIER was 3rd in the general standings behind Yuriy SAZONOV. Philippe PORCHERON and his Peugeot BUGGY lies just behind the H3 Hummer of Andrey CHEREDNIKOV to show the battle between the 4WD and Buggies has started for real.

But the real feat of the day was for Mathieu SERRADORI. Although he had some mechanical problems the day before, the frenchman started the second stage with the knife between his teeth showing his mettle at the wheel of his 'little' PREDATOR X 18 S Buggy, he was perfectly navigated by Didier HAQUETTE. The ex motorbiker didn’t make any mistakes and therefore won his very first stage in his short career on 4 wheels ....showing his real potential.

The participants will take the start of the 3rd stage today between Tagounite and Assa and due to a change on the road book, to get around Lake Iriki which is still filled with water, the stage will be the longest one of the 2015 Africa Eco Race with nearly 450 km .... a very tough day to start the new year.