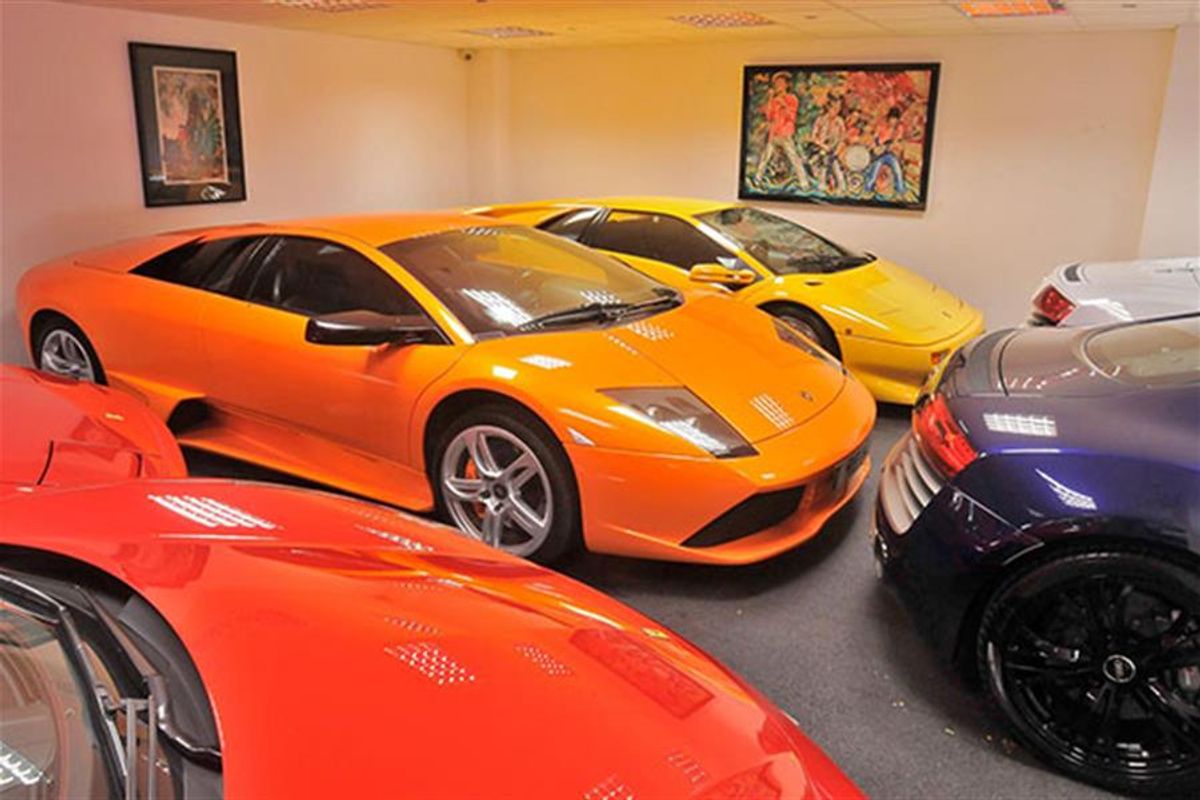 Prindiville see a PR opportunity to to downplay the nuisance of young Arab guys spanking their supercars in 1st gear along the genteel environs of Kensington and Chelsea. We were all young once - but a Mk11 Escort with a cherry bomb does not quite seem as dramatic these days...

‘The Royal Borough of Kensington and Chelsea’s proposal to draft a new set of anti-social behaviour laws to deal specifically with the “menace” of wealthy Middle Eastern supercar drivers is heavy-handed and unnecessary,’ argues Alex Prindiville, founder and owner of Prindiville, central London’s only supercar showroom.

‘Existing laws are already perfectly adequate to deal with the minority of supercar drivers who step out of line, provided they are properly enforced,’ reasons Alex. ‘The proposed Public Spaces Protection Order (PSPO) to be applied to a large spread of Knightsbridge is using the proverbial sledgehammer to crack a nut.

‘While I can fully sympathise with local residents who are upset by the anti-social behaviour of the few, the proposed terms of the PSPO are an excessive response – forbidden will be playing music loudly in your car, travelling in convoy, revving your engine, letting your engine idle, causing either a stationary or moving obstruction, sounding your horn, accelerating rapidly, and a few more things besides.

‘Will these new rules be evenly applied to all, I wonder. Will three Range Rovers in a row taking kids to a party be treated as a convoy? If those Range Rovers then stop on double yellow lines to disgorge the children, will that be seen as a stationary obstruction? If the mums dropping the kids off then have a little chat by the roadside with their doors open and music playing inside the car, will they be prosecuted?

‘If I were to go shopping at Harrods in the Ferrari LaFerrari currently in the Prindiville showroom and when I started it up it revved loudly – which it would because that’s simply what happens with supercars like these, whether you like it or not – would I be arrested and have my car impounded?

‘I don’t doubt that some of the young Arabs in their powerful supercars do cause a genuine nuisance, but apart from the price of their cars, are the rest of them so very different from young lads the length and breadth of this country? Existing police powers will sort out the troublemakers in Newcastle or Birmingham, Bristol or Brighton, so why does Kensington and Chelsea require anything extra?

‘Besides which, if I show up in Knightsbridge with, say, three cars that I wish to show to a client, I don’t want to feel that I could be liable to prosecution simply for parking them all together. Good old-fashioned policing could sort out a lot of local residents’ concerns – devising new laws is simply political posturing. Please let common sense prevail.’