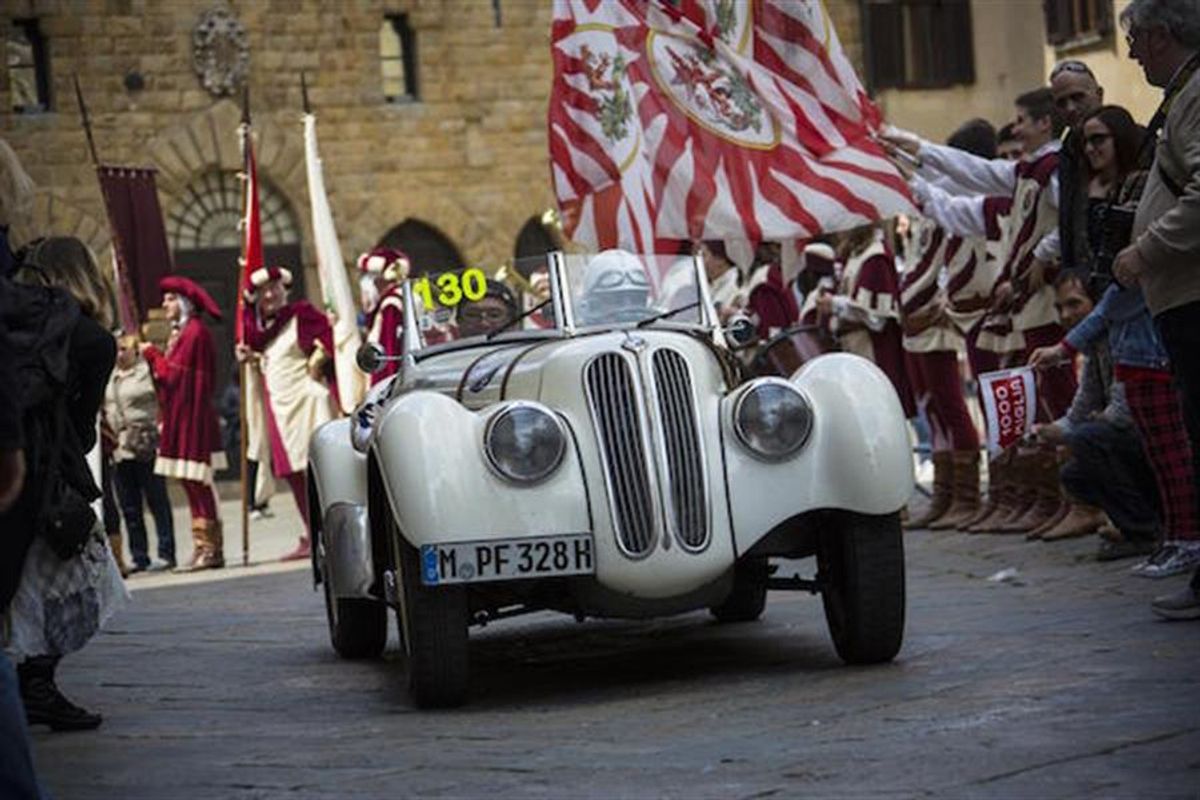 The BMW Group takes six of the legendary roadsters to the starting line in the competition for historic automobiles driving through the North of Italy.

The Mille Miglia was the toughest endurance race in the world for three decades. Since 1988, it has been held as a reliability and regularity race for historic automobiles. It is a veritable feast for classic fans who line the 1000 mile route through Northern Italy in large numbers. Around 450 historic sports cars will take part in this year’s event, driving from Brescia to Rome and back from 19 to 22 May 2016. The regulations state that only vehicles of the type that were registered at least once for the Mille Miglia between 1927 and 1957 are permitted to take part. They include the BMW 328. This year, BMW Group Classic is sending six automobiles from its collection to line up at the start to celebrate the 80th anniversary of the legendary roadster.

Once again, the sporty sextet from Munich reminds us of the historic link between the BMW 328 and the Mille Miglia. The first appearance of the roadster – which debuted at the Eifel Race in 1936 – at the Mille Miglia ended in 1938 with a win in the class for vehicles with maximum capacity of 2.0 litres. Two years later, even the competitors powered by larger and more powerful engines did not stand a chance. Fritz Huschke von Hanstein and Walter Bäumer secured a win in the overall placings, driving their BMW 328 Mille Miglia Touring Coupé with a lead of around 15 minutes ahead of the fastest follower in the field. Three other BMW 328 automobiles crossed the finishing line in third, fifth and sixth place, so that the team award also went to the BMW works team.

This triumph was not achieved with superior engine power, but with optimised weight, low drag, superb reliability and perfect road holding. It enabled the BMW 328 to conquer a firm place in the history of the Mille Miglia. This year’s contingent from BMW Group Classic includes the BMW 328 Berlin-Rome Touring Roadster built in 1937 and a BMW 328 Mille Miglia Roadster from 1939. A team from automobile care specialist Sonax, long-time partner of BMW Group Classic, is entering the race driving a red BMW 328 from the Munich collection.

The Mille Miglia 2016 will start in Brescia, Northern Italy, in keeping with tradition. The first of four stages begins in the afternoon of 19 May 2016 and goes through Verona and Ravenna, to the Adriatic coast at Rimini. On the second day of the competition, the field initially passes San Marino, before going on to Rome, taking in Macerata and Ascoli on the way. A rapturous reception awaits the cars and their drivers in Rome. A few days later, Poggibonsi in the heart of Tuscany is the destination for the midday stop. Before that, the convoy of classic cars wends its way through Siena, before powering along the roads of Pisa and Luca. The afternoon journey takes them over the legendary Futa Pass and shortly afterwards over the Raticosa Pass, before reaching Parma in the evening. On 22 May 2016, the final stage of the Mille Miglia is routed via Piacenza and, after a diversion to the race track at Monza, back to the start of the 1000 mile drive in Brescia.

The following teams are lining up at the start of the Mille Miglia 2016, driving vehicles from BMW Group Classic: