Porsche set the pace at the Goodwood Festival of Speed 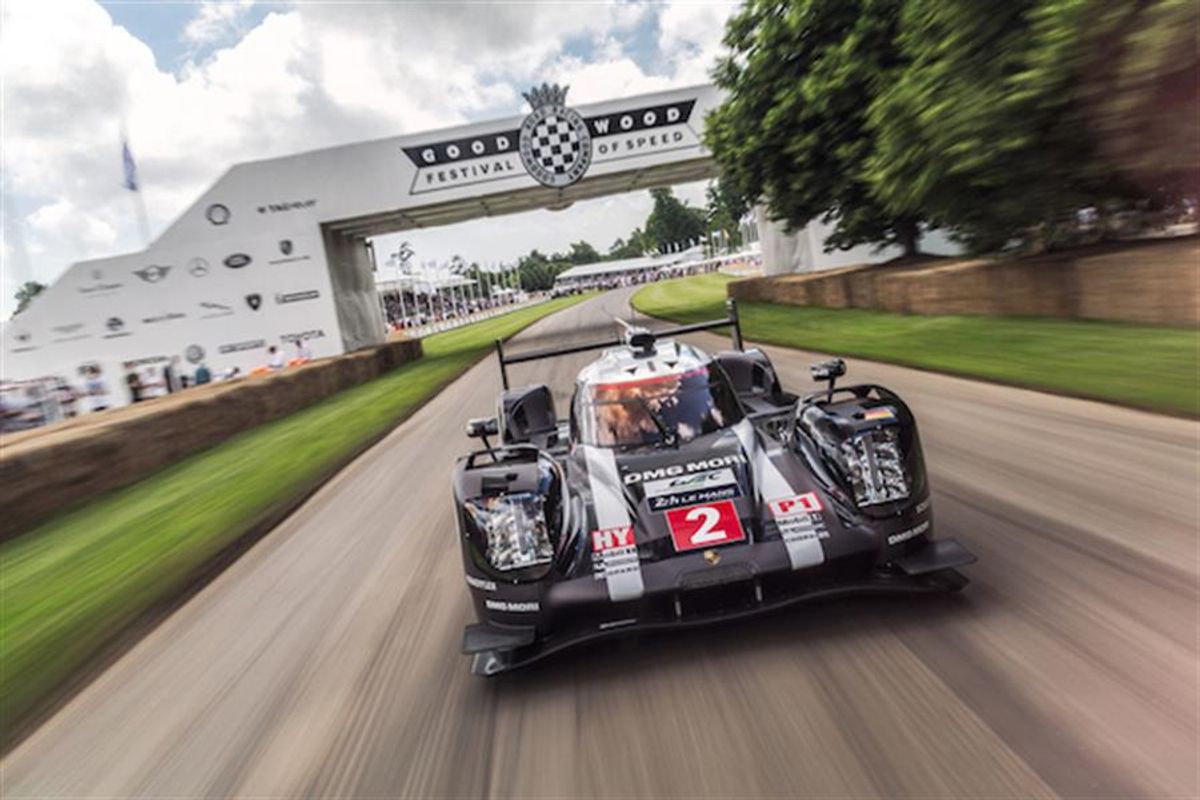 Porsche set the pace at the Goodwood Festival of Speed, with former Carrera Cup and current Supercup racer Paul Rees winning the Supercar shootout in the mighty Porsche 911 Turbo S – in damp, challenging conditions, its mix of 580 hp and four wheel drive traction meant it set a time over two seconds faster than the nearest competition – its speed across the finishing line being measured at just over 108 mph.The 911 Turbo S wasn’t the only Porsche sports car causing a stir on the 1.16-mile Goodwood Hill – a prototype of the all-new Panamera Turbo was seen in public for the first time, actor and Porsche racer Patrick Dempsey behind the wheel as it made a dramatic debut in front of capacity crowds.Also making its dynamic debut was the new 718 Cayman S, finished in a striking shade of Miami Blue. It was joined by the new 911 R, driven by its creator, Andreas Preuninger, and the 918 Spyder supercar.Fresh from winning the 24 hours of Le Mans, Marc Lieb drove the most sophisticated Porsche ever created, the 919 Hybrid, up the Hill on the Sunday of Goodwood – sharing the driving with 2015 World Endurance Champion Brendon Hartley.An array of the most significant, successful and exciting Porsche racing machines ever created were in action at Goodwood – these included the freshly-restored ‘Jever’ GT1 98, the spectacular 935 Baby and, star of the Goodwood artwork this year, the 917/30 and the 1966 906, driven by Richard Attwood.Porsche Carrera Cup Great Britain scholar Charlie Eastwood was in action in a thrilling timed shootout on Sunday evening – finishing in fifth place, despite never having driven on the Hill before this weekend.Away from the track action, a lucky few guests also experienced a novel and exhilarating way of getting in to the Festival of Speed, as passengers in a Porsche 911 GT3 Carrera Cup racing car – driven by Carrera Cup racers Tom Sharp, John McCullagh and Dan McKay. Using the interconnecting roads within the Goodwood Estate, the racers allowed the guests to arrive at Goodwood in record time and in spectacular style.