September 1, 2016 in Historic and Market 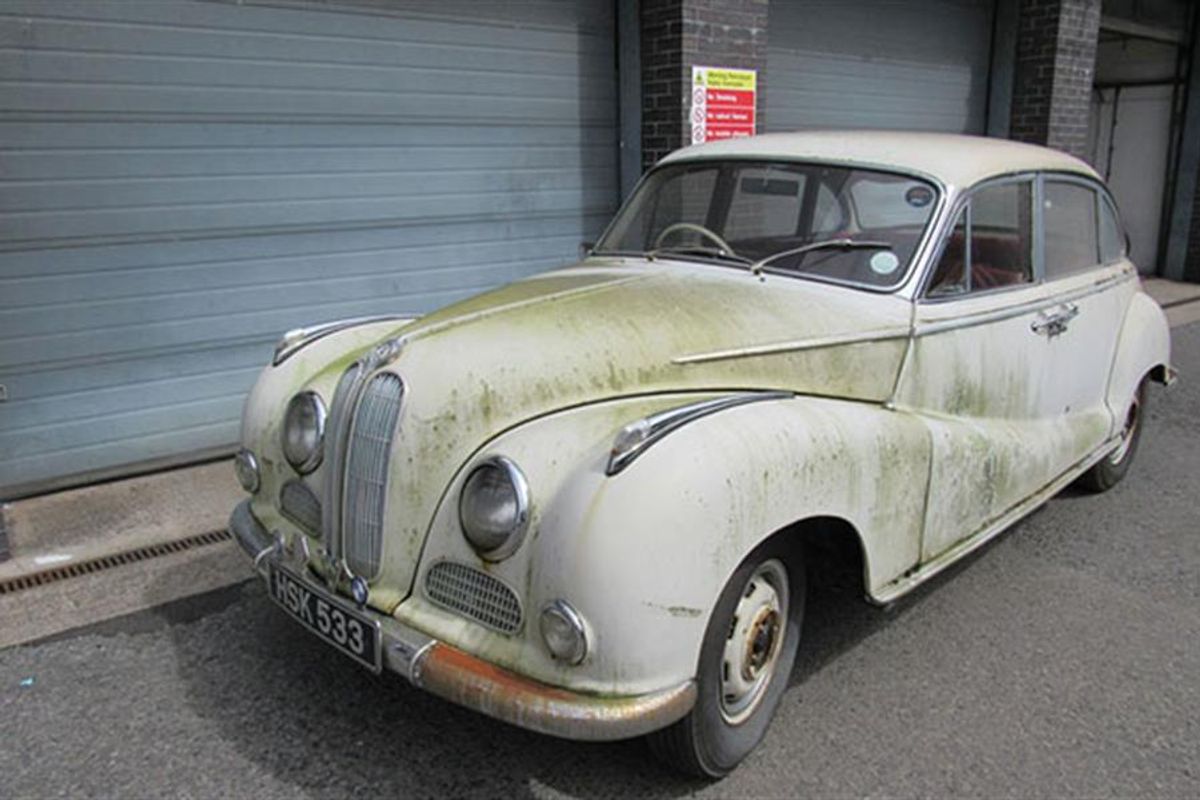 This weekend sees a return to Salon Prive for Silverstone Auctions most exclusive auction of the year in the grounds of Blenheim Palace.

Viewing is available today and tomorrow on the 68 cars before the sale day on Saturday 3rd September.

The barnfind BMW is 1 of 12 RHD and BMW's first alloy V8 engine and with it's styling which was acknowledged as "dated " at birth - the model quickly adopted the "Baroque Angel" monicker. - but let's cut to the chase - although probably financially ruinous - imagine going 21st century historic racecar preparation crazy - and building a frankenstein for the St Mary's Trophy at Goodwood - alternatively for the truly unhinged - dropping an S65 V8 might be a tight fit - but would make an unholy bad angel Q-car....

The BMW 502 was a luxury saloon built by BMW from 1954 and 1958, and in terms of character and style is often regarded as the ancestor of the current 7 Series. It succeeded BMW's first post-war car, the 501, a somewhat underpowered and uncompetitive 6-cylinder limousine. The company's response, launched at the 1954 Geneva Motor Show, was the 502, with its V8 engine, and subtle styling changes. There were four variants offered with the 3.2-litre Super at the top of the range. The 502 was Germany's first post-war car with a V8, but its high price of 17,450DM resulted in low sales figures, with only 190 units being sold in its first year of production, and total production of the 3.2 litre V8 variant standing at 3,865.

Very few were manufactured for the right-hand drive market, and HSK 533 is seemingly one of just twelve cars produced in this format. With more than a passing resemblance to the Jaguar Mk I, one surmises the UK market preferred the Jaguar over the BMW and, realistically, it was only ten years since the end of hostilities. The 502, with its thin central pillar from which the rear suicide doors hung elegantly offered near Rolls-Royce level of rear passenger comfort and space, and in the front the wood veneered dashboard, multi-station radio, and thin steering wheel provided a simple, understated and yet functional luxury.

First registered on the 4th December 1957, the HPI report shows zero former keepers, an error, we believe, as our vendor informs us that his grandfather, Leslie H. Trainer, the founder of Trainer BMW of Swansea, bought the car some forty years ago. During the 1970s, the dealership undertook an extensive programme of restoration, details of which are in the history file. A letter was sent requesting some replacement red velour from BMW Munich in 1979, and both the letter and its reply are included in the history file.

As befits a restoration carried out in-house by a BMW main dealer the car presented superbly, going on to win the Munich Cup at the BMW International Concours d' Elegance in 1980, 1981, 1982 and 1986. With the expansion of the BMW dealership and a burgeoning private collection HSK 533 was laid up in 1991. An MOT dated 26th October 1991, shows the car having an odometer reading of 86,082 miles, and the tax disc displayed in the windscreen attests to the last time it was on the road, as does the current indicated mileage, showing an increment of just 14 miles since the 1991 MOT.

Presented to auction in "barn find" condition, largely complete and with a history file that includes the Driver's Handbook, HSK 533 is a worthy contender for restoration with the double advantages of rarity and provenance.

DETAILS ON THIS EXCITNG BUT FINANCIALLY RUINOUS PROJECT HERE >>>