September 5, 2016 in Historic and Market 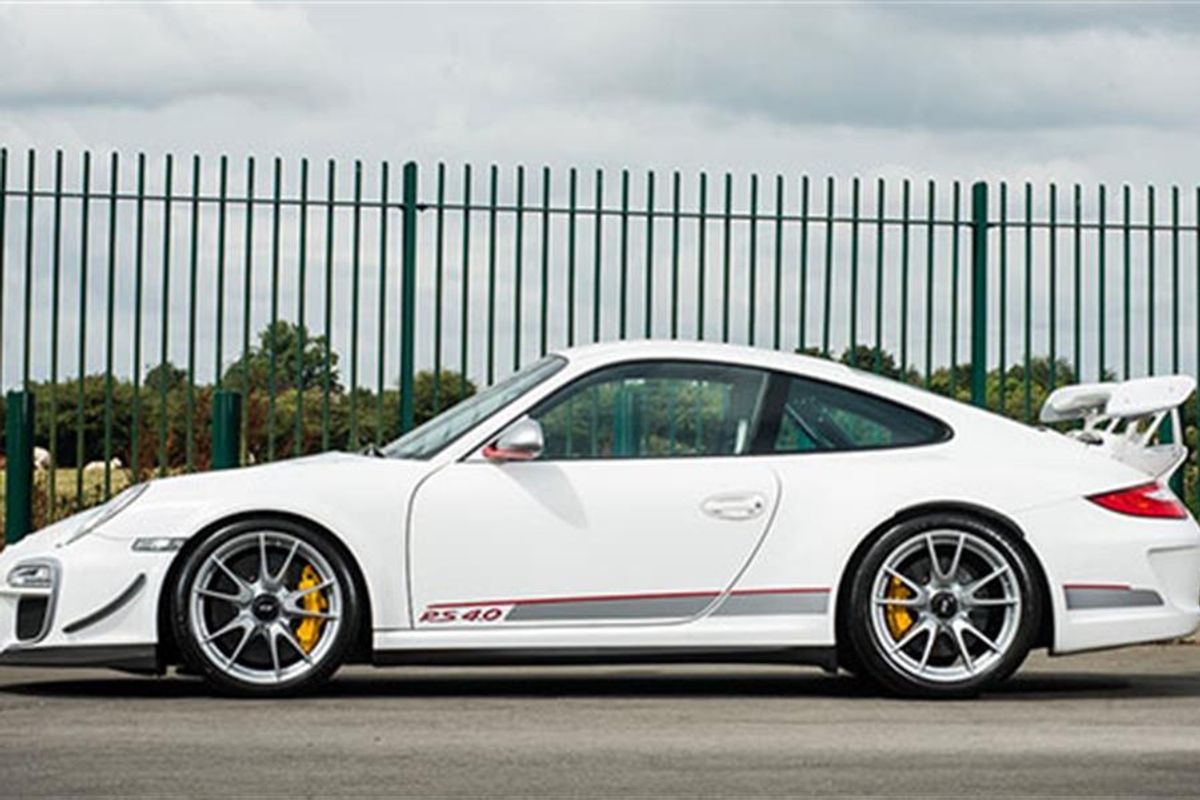 So the 997 GT3 4.0 RS fetched £208k all in - which compared to recent asking prices looks eminently sensible

Returning to the UK’s finest concours event for the third time, Silverstone Auctions welcomed hundreds of collectors and enthusiasts to its marquee within the stunning grounds of Blenheim Palace for the Salon Privé Sale. Featuring one of its highest ever quality catalogues, the auction house successfully hammered away more than £3.4million worth of classic cars.

A very special 1973 Jaguar E-Type Series III Roadster, that starred in the second ever episode of legendary BBC sitcom Only Fools & Horses, sold for an impressive £115,875. Invited to appear in the episode titled “Go West Young Man", and forever since been known as "Boycie's E-Type” the car was hard fought over by several buyers in the room, the largely original and one owner from new car, sold for more than £40,000 over its lower estimate.

Leading up to the auction house’ second ever Porsche only sale, several highly desirable Porsches sold for strong prices. One of the finest Silverstone Auctions’ had ever seen, a 1988 Porsche 911 (930) Turbo, sold for £171,000 including premium, a huge £60,000 over its lower estimate.

Speaking after the sale, managing director of Silverstone Auctions, Nick Whale said: “I’m delighted with the results we’ve achieved on behalf of our vendors. It’s always great to see both happy sellers and buyers at an auction and we’ve certainly seen that this weekend.”

Collectors of American classics were drawn to an incredible 1968 Shelby GT500, which sold for £142,875, more than £42,000 over its lower estimate. Offered publicly for sale for the first time ever in Europe, the car came a deluxe Marti Report and was included in the Shelby World Register.

Silverstone Auctions’ next sale, The Porsche Sale, takes place back at its spiritual home of Silverstone race circuit on Saturday 15th October, followed by its final sale of the year the NEC Classic Motor Show on the 12th and 13th November.

Nick added: “If you missed the chance to sell with us this summer we’re now inviting entries for our final sales of the year. The Porsche Sale, held in conjunction with Porsche Club GB, is a chance for Porsche fans to buy and sell the finest available selection on the market. Our two-day sale at the UK’s biggest classic car show is always one of the highlight sales of the year.”

For the full list of results from the Salon Privé Sale >>>>>>> FULL RESULTS FROM 2016 SALON PRIVE AUCTION HEREl.