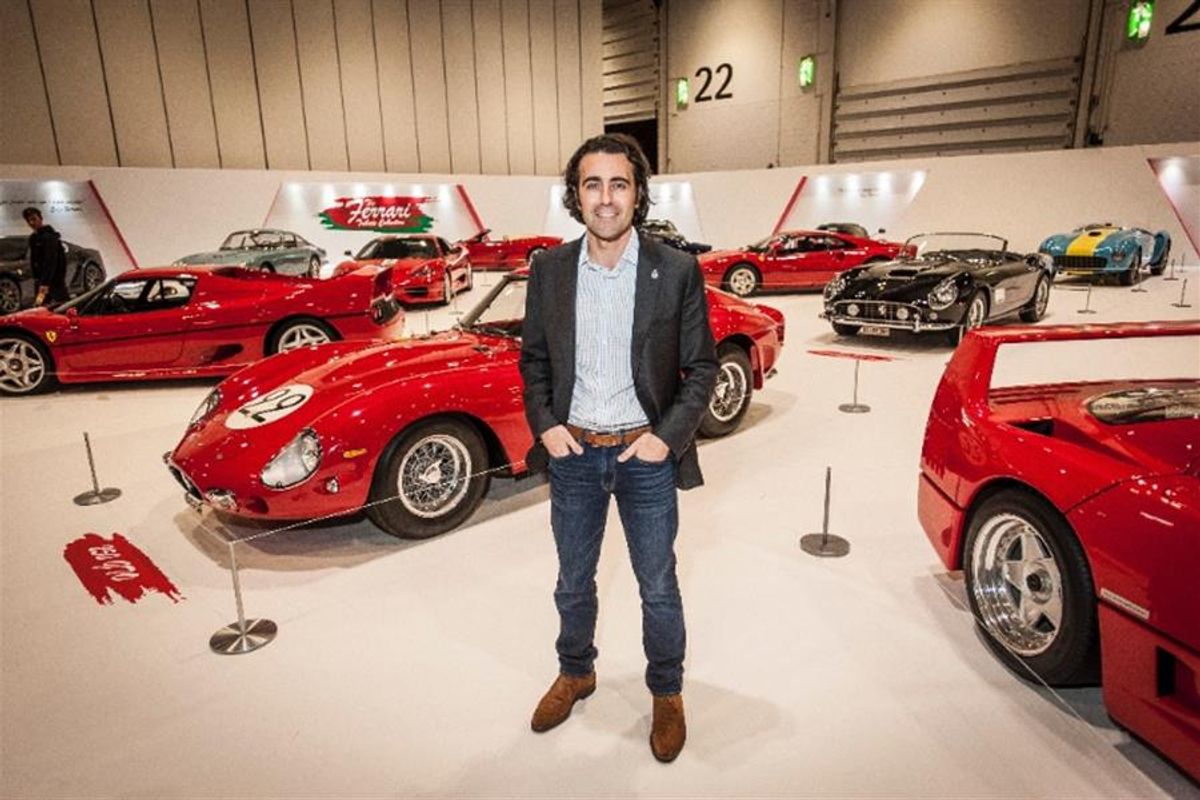 No fewer than five Le Mans legends – with an incredible 18 wins between them – took over London’s ExCeL’s exhibition centre Thursday)as the London Classic Car Show and sister show Historic Motorsport International opened their doors for a four-day feast of classic motoring nostalgia.

At 3pm, Derek Bell and Emanuele Pirro – both with five Le Mans wins apiece – declared the London Classic Car Show open for business, something six-time winner Jacky Ickx had done for HMI earlier in the day.

After entertaining a rapt audience in the show’s Supagard Theatre with his motor racing philosophy, Ickx moved to the London Classic Car Show as Guest of Honour, where he was reunited with a number of cars from his racing past.

A special display included his Ferrari 312 B2 and Brabham BT26 Grand Prix winning cars, and the Gulf Mirage GR8 and Porsche 956 that he shared with Derek Bell to claim two of their Le Mans victories.

“Seeing these cars here brings back so many memories. Good times,” he said.

Ickx, Bell and Pirro were stars of the opening day’s gala evening celebrations, where they were joined by two more Le Mans winners, Jackie Oliver and Jürgen Barth.

Another great racing name, Dario Franchitti, joined in the celebrations after earlier opening one of the show’s many highlights, a Ferrari Tribute comprising of 21 iconic Ferrari roads cars together worth an estimated £120 million. This year marks Ferrari’s 70th anniversary and the display, curated by Ferrari specialist dealer Joe Macari, brought together Ferraris old and new, from the 375MM from the early fifties to its latest hypercar, LaFerrari.

Although Franchitti, a three-time winner of the Indianapolis 500, has never raced Ferrari he has a strong affinity with the Prancing Horse. “Much of the money I made from racing I’ve spent on buying Ferrari road cars,” said the Scot. “I’ve owned about ten over the years and still have a couple including an F40.”

There was star-studded action throughout the day. TV’s classic car guru Quentin Willson picked his four classic ‘Smart Buys’ – cars to buy now before their values rise out of reach – while Corgi Toys launched its new range of James Bond model cars with two very special full size Aston Martins: the movie-only DB10 from Spectre and the DBS as seen in Casino Royale.

And at 6:30pm sharp, engines were started as a number of ultra rare classics took to The Grand Avenue, a quarter-mile long highway running through the centre of the show.

The cars, part of the show’s Perfect Ten feature, were categorised under ten different body styles and captured the best of their breed. The Grand Avenue, a feature unique to the London Classic Car Show, allows visitors to see and hear their favourites in action actually inside the show arena.

Then, once the final exhaust note had been killed, it was time for the Gala Celebrations to begin where the all the star drivers and Willson were joined by TV Chef and petrol head James Martin.

“I’ve always had a huge passion for Ferraris,” admitted Martin. “When I was a young lad I had Ferrari photos on my wall and now I’m lucky enough to own a few.”

Both shows are open to the public on Friday, Saturday and Sunday, opening at 10am on each day.

Admission to the London Classic Car Show incorporates free entry to HMI. Both shows run from 10am to 6pm on Friday and Saturday and from 10am to 5pm on Sunday.