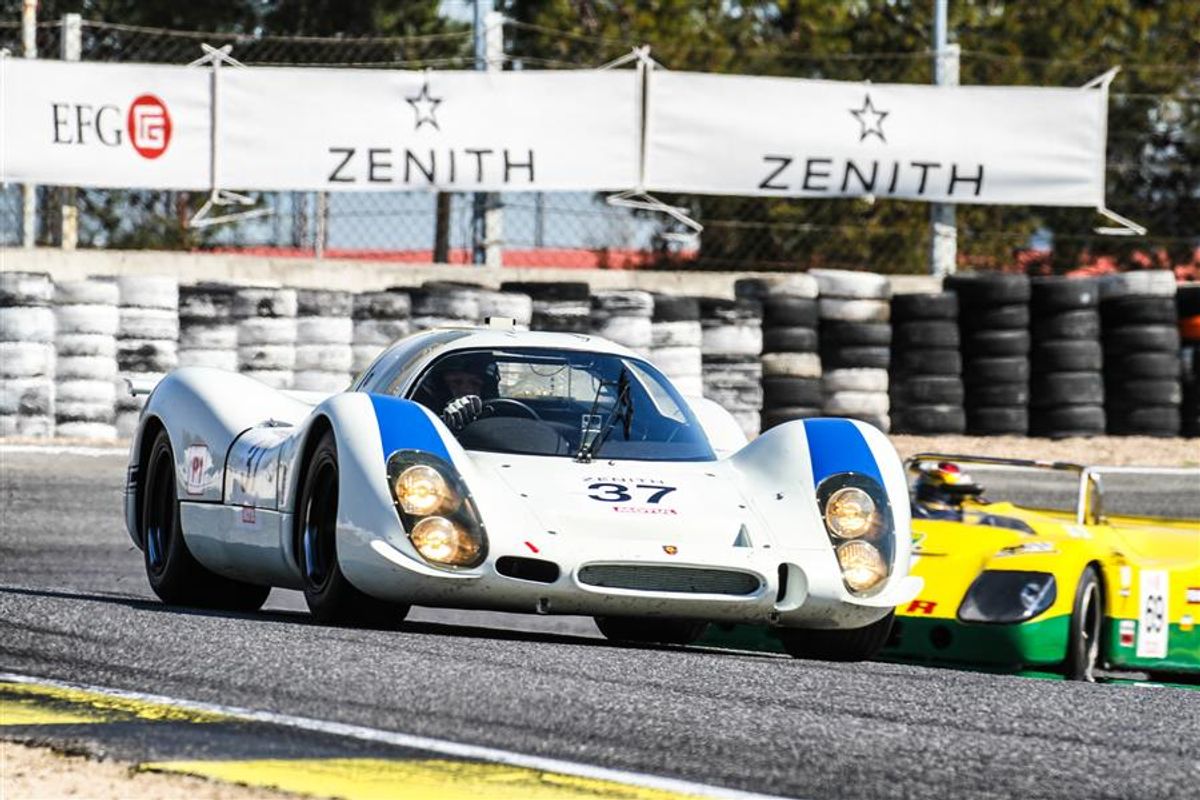 The 2017 calendar contains a certain number of well-known eagerly-awaited events like the 26th Tour Auto Optic 2ooo and the 4th Chantilly Arts & Elegance Richard Mille. And there are some newcomers that are synonymous of the on-going passion that’s kept alive and rekindled among the public and participants who flock to the events organised by Peter Auto in ever-increasing numbers.

Jarama-Classic (31 March-2 April): the event held on the Jarama circuit beside Madrid was part of the 2016 calendar, and it will again kick off the 2017 season with the six Peter Auto grids – CER 1 & 2, Heritage Touring Cup, Sixties’ Endurance, Trofeo Nastro Rosso and Group C Racing, which will be joined by guest grids.

Spa-Classic (19-21 May): the Belgian event was created in 2011 on what is the drivers’ favourite circuit. It has continued to grow in importance and today it is among the major European rendezvous for historic races.

Grand Prix de l’Age d’Or (9-11 June): this great name in historic racing taken over again by Peter Auto in 2014, has recaptured its former glory. It has become a premium rendezvous for enthusiasts because of its much-loved recently revamped Dijon-Prenois circuit allied with the art de vivre in Burgundy.

Monza-Historic (30 June-2 July): the Monza Autodromo, the temple of speed and home of the famous tifosi, already hosted an event in 2015. This year it will again welcome the usual Peter Auto grids in the early summer.

Les Dix Mille Tours (20-22 October): as usual this event will take place on the Paul Ricard circuit with the Peter Auto grids. It is being held for the eighth time in 2017 and will ring down the curtain on the 2017 season.

THE BLUE-RIBAND EVENTS
Tour Auto Optic 2ooo (24-30 April): the 26th staging of this event, which has helped consolidate Peter Auto’s will be run over a new route in the west of France with a leg in Brittany for the first time in the Tour’s history and the finish in Biarritz.

Concours d’Elegance, Concours d’Etat, Concours de Club and the French Art de Vivre has been held three times (2014, 2015 and 2016), and has conquered the general public as well as attracting participants from all over the world. It is now part of the three most prestigious rendezvous of its kind, and the fourth Chantilly Arts & Elegance
Richard Mille promises to be even more spectacular.

NEWCOMER
Hungaroring-Classic (29 September-1st October): one of Peter Auto’s main aims is to give participants in its different grids the opportunity to race on new circuits on a regular basis, so it is organising its first historic race meeting on the Hungaroring 18 km north east of Budapest.