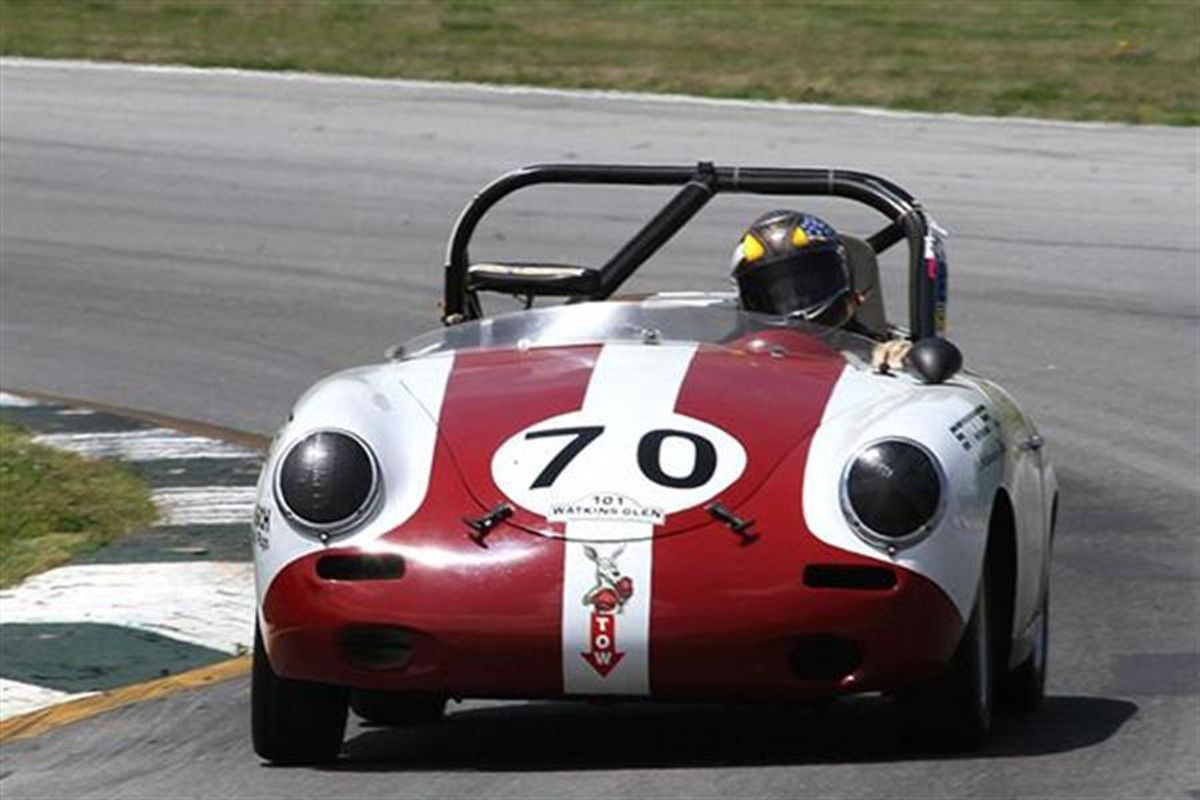 Porsche will be the featured marque when Speedfest at the Classic Motorsports Mitty presented by Hagerty and sanctioned by Historic Sportscar Racing (HSR) returns to Road Atlanta April 20 - 23, but more than just the legendary Stuttgart sports cars will be in the spotlight for the 40th edition of HSR's longest-running vintage and historic race weekend.

While Speedfest at the Classic Motorsports Mitty presented by Hagerty offers race fans and competitors alike an endless list of on and off-track activities, the full-schedule of HSR vintage and historic racing once again serves as the weekend's main centerpiece.

A proper preview of some of the notable race cars coming to The Mitty later this month quite appropriately has to start with Porsche. Dozens of the iconic German sports cars from every generation will be at The Mitty, and two entries in particular represent both the past and more contemporary glory of Porsche's rich racing heritage.

Longtime Porsche racer Vic Skirmants, the 1994 SCCA Runoffs G Production winner, returns to The Mitty with a 1961 No. 70 Porsche 356 similar to the race car he drove to his National Championship title 23 years ago. Skirmants has participated in more than 800 races in his career, mostly at the wheel of "Bathtub" 356s, and is as closely linked to Porsche as any driver in The Mitty field.

A more recent example of Porsche's racing success set for The Mitty is the retired 2012 No. 45 Flying Lizard Porsche 911 RSR to be entered by Josh Simpson and Dave Simpson. This RSR last raced in HSR in 2015 in The Mitty and that year's Classic 24 Hour at Daytona and still sports the signature red-and-silver Flying Lizard livery that was a fixture in the American Le Mans Series (ALMS) in the 1990s and early part of this century.

Plenty of non-Porsche notable are also entered in The Mitty, including two small-bore favorites that stir big-time memories.

Stacy Schepens and her father "Super Dave" Bondon will each compete in 1964 Morgan 4/4 race cars at The Mitty. Schepens, easily identified by her polka-dot-adorned helmet, wheels a tan-and-green No. 24 Morgan. Bondon drives a red and black No. 72 Morgan.

Mixing it up with the Morgans and Porsche 356s in the vintage classes will be the pristine red-and-white 1959 No. 2 Austin-Healey Sprite of Jim Williams. Fun to watch on the track and a universal fan favorite in the paddock, the little Sprite has even attracted the attention of some of the most famous names in sports car racing history.

This year's Classic Motorsports Mitty Grand Marshal Hurley Haywood personally selected the No. 2 "Bugeye" as his Chairman's Award winner when he presided over the Hilton Head Island Concours d'Elegance and HSR Savannah Speed Classic in 2010.

Some more obscure but just as impressive race cars will also be showcased at The Mitty, including a 1965 No. 30 Cheetah Coupe and an equally rare 1976 Toj SC206.

Designed to be a Cobra-beater back in the 1960s, Jay Stephenson has owned his Cheetah for more than 20 years. He has only been racing it the last four seasons, however, and spent the majority of the time before that perfecting the original design. One modification was more heat-fighting insulation in the foot-well area to dissipate some of the major temperatures generated by the drivetrain. Cheetahs were a front-engine design but the big-bore Chevy V8 and transmission were set well back in the chassis to improve balance.

A Group 6-specification, open-cockpit sports prototype built in Europe, the Toj had no significant U.S. racing history in its prime, but entrant Phil Daigrepont, a former jockey from Louisiana, has made a mark in North American historic racing with his SC206. Daigrepont's Toj still sports an original Warsteiner-beer livery.