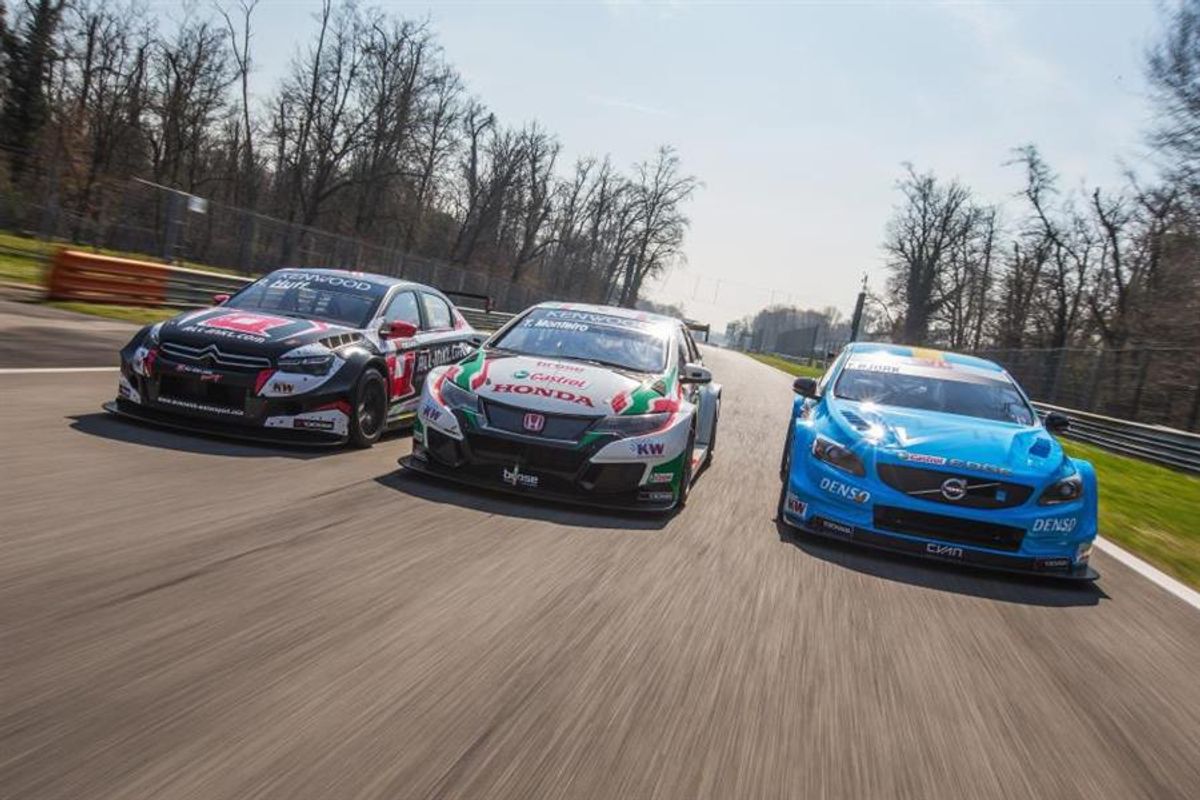 At the start of the most open WTCC season for almost a decade, the Portuguese lapped the 2.971-kilometre Circuit Moulay El Hassan in a new qualifying lap record time of 1m21.792s. It bettered José María López’s previous 1m22.024s standard and earned the Portuguese the DHL Pole Position Award for the fourth time in his career and the coveted top spot for Sunday’s Main Race, which is longer and offers more points than before.

“As they say in Japan ichiban [number one],” said Monteiro. “It’s really what we needed after all the hard work over the winter. We’ve said that many times already but it was important to show it now and show the progress is real. It was a matter of doing a nice, clean lap and pushing as much as we could but without any mistakes so I was happy with my lap.”

Néstor Girolami, driving a Volvo S60 Polestar, was beaten into second place by 0.239s, with Monteiro’s factory Honda team-mate Norbert Michelisz completing the top three. Rob Huff claimed the WTCC Trophy pole in fourth overall with local hero Mehdi Bennani just behind after making it through to Q3 with a last-gasp effort in the middle phase of qualifying on the streets of Marrakech.

Nicky Catsburg’s efforts to reach Q3 were hampered by an early spin into a tyre barrier, which damaged his Volvo’s bumper. He took sixth, however, followed by Polestar Cyan Racing team-mate Thed Björk and Sébastien Loeb Racing’s Tom Chilton. Honda’s Ryo Michigami and top rookie Yann Ehrlacher were P9 and P10 after Q2 but both had their qualifying times removed after they mistakenly failed to stop at compulsory weight checks. It means Tom Coronel and Esteban Guerrieri will occupy the front row of the grid for the Opening Race, putting Coronel on course to repeat his triumph from 2016.

Zengő Motorsport youngsters Dániel Nagy and Aurélien Panis were both unable to progress from Q1. Nagy was heading for Q2 only to be pipped by Coronel’s last-gasp effort to snatch what, at the time, was the all-important P12, while Panis – whose preparations were hampered when a technical fault prevented him from taking part in Free Practice 1 – ended up P14, one place behind Sébastien Loeb Racing’s new recruit John Filippi. However, post-qualifying technical checks found Panis’s Honda to be underweight and his times were deleted as a result.