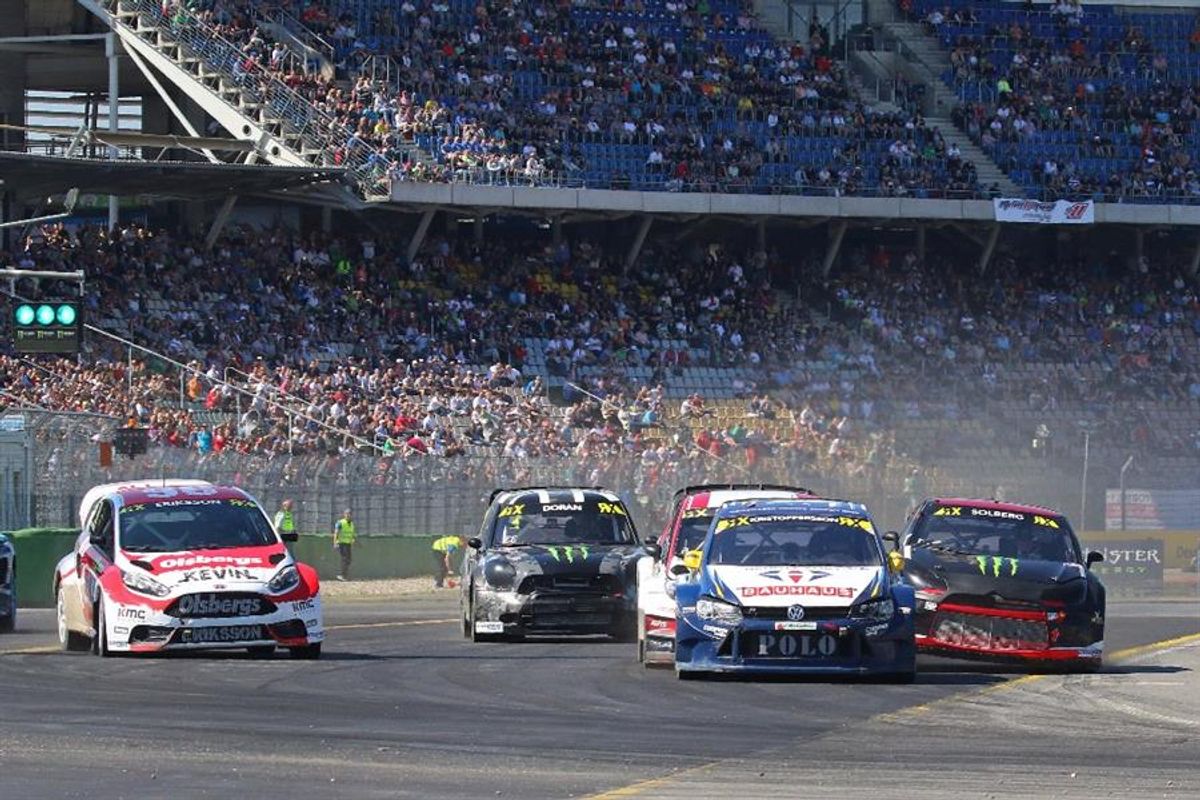 The Cooper Tires World RX of Hockenheim will take place at the Hockenheimring in west Germany this weekend (5-7 May) as World RX joins the highly-acclaimed German Touring Car Masters [DTM] for the third year in a row. The World RX entry list features 22 drivers, including the 18 permanent entrants made up of six two-car teams battling for the teams’ championship and six further individual entries.

Reigning World RX Champion and current championship leader Mattias Ekstrom will once again race in both the DTM and World RX on the same weekend as he did in 2016, where he secured victory in the World RX final ahead of EKS team-mate Topi Heikkinen. After the World RX podium ceremony on Sunday, Ekstrom has just 20 minutes before qualifying for the second DTM race starts.

“The weekend last year was an incredible experience,” explained Ekstrom, who is 14 points ahead of PSRX Volkswagen Sweden driver Johan Kristoffersson. “Thinking about the full grandstands and atmosphere still gives me goose bumps but the competition is even fiercer this year and victory means having to give your all, plus a perfect team performance. Now we have done two out of 12 races, round three in Hockenheim is like my second home race – it will be a tough battle against the clock in more ways than one.”

Joining the permenant competitors at Hockenheim will be former World RX of Argentina winner Robin Larsson. He will compete in his Audi A1 Supercar – the same car that he uses to compete in this year’s FIA European Rallycross Championship. Germany’s Rene Muennich and Poland’s Martin Kaczmarski will also add to their Euro RX programmes by competing in Hockenheim, racing their Seat Ibiza and Ford Fiesta Supercars respectively.

France’s Guerlain Chicherit, who is using the 2017 season to prepare for a full-time World RX assault with a brand new Renault Megane Supercar next season. Chicherit – who won the opening round of the French Rallycross Championship last weekend – will drive a Renault Clio Supercar at the Hockenheimring.

Paul Bellamy, World RX Managing Director for IMG, concluded: “It’s always exciting to return to Hockenheim where we can showcase rallycross to a new motorsport enthused audience. There is always a fantastic reaction from the tribune when the rallycross is out on track and the sound of the 600bhp Supercars in the Sachs Arena is an incredible spectacle. Once again Mattias Ekstrom will race again in DTM and World RX and it will be interesting to see whether he can repeat his incredible feat from last year when he won a race in both DTM and the World RX final.”

Monster Energy Super Charge Award
For the past three seasons, World RX drivers have been vying for the infamous Monster Energy Super Charge Award based on securing the race lead into turn one of the final. For 2017, however, the World Championship’s presenting sponsor is turning up the tension again by making the award all about reaction time – to win this year’s coveted award, it’ll be a case of fastest reaction to the lights.