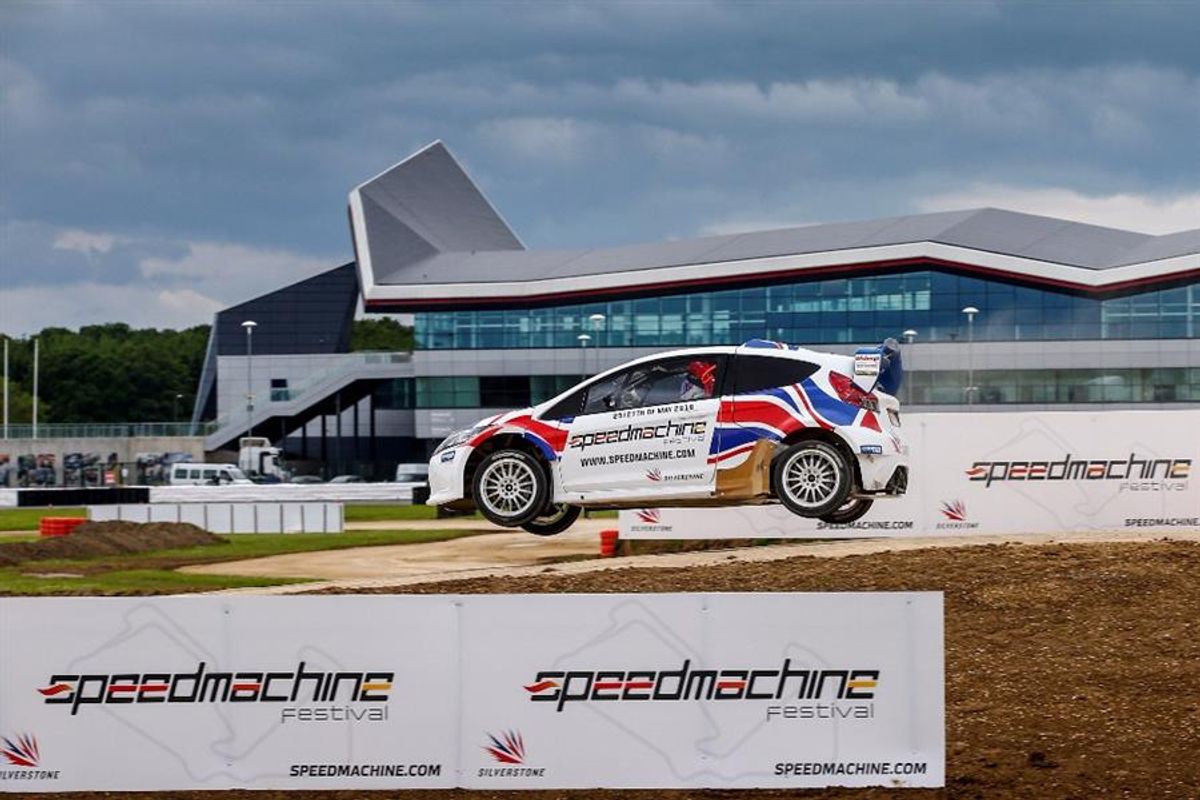 The new rallycross circuit at Silverstone was unveiled at a media launch yesterday as it was announced that tickets for the inaugural SpeedMachine Festival (25-27 May, 2018) went on sale.

SpeedMachine will form the British round of the FIA World Rallycross Championship presented by Monster Energy from 2018 onwards and will also include head-line music acts, finest street food, manufacturer test drives, e-gaming and camping. Ultimately, the SpeedMachine Festival will deliver pure indulgence for fans of speed and cars.

The launch gave a taste of what to expect from the festival itself with Supercars, passenger laps on the new Silverstone rallycross circuit, a car parade through the international pit boxes, Codemaster’s DiRT 4 simulators, street food and music entertainment from DJ BBQ.

Paul Bellamy, World RX Managing Director for IMG, concluded: “It’s always been our desire at IMG to create a large scale festival weekend with World Championship motorsport at the heart of it and we are delighted that Silverstone is able to share our vision for the future. The move comes at a pivotal time in rallycross history with the sport celebrating its 50th anniversary this year and continue its rapid growth.”