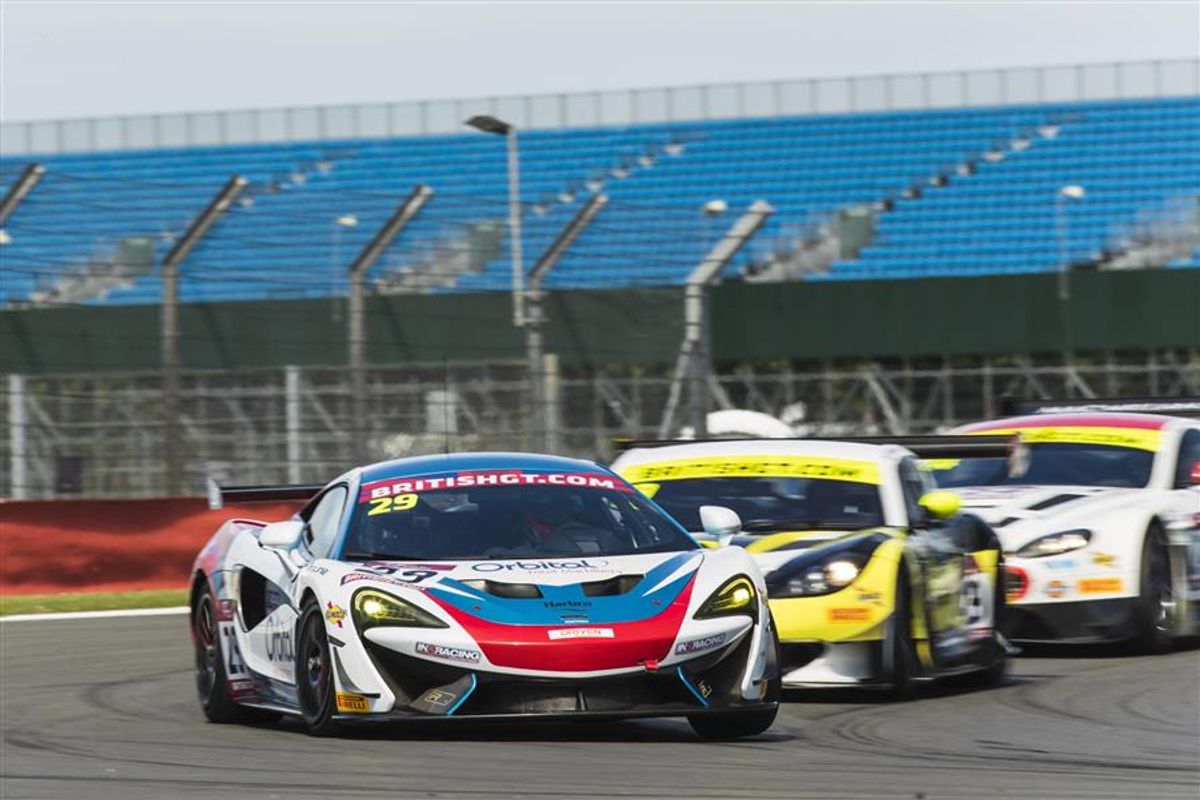 Drivers Adam Balon and Adam MacKay fought through the field in the three-hour race, after starting P8. In what proved a tight race between the 18 GT4 runners – including six examples of the McLaren 570S GT4 – the triumphant pair crossed the line just 2.7 seconds ahead of their nearest competitors in the bright sunshine at Silverstone. The #29 In2 Racing 570S GT4 of Matthew Graham and Marcus Hoggarth secured the final podium position, finishing P3 in the race and runner-up in the Pro-Am class, while the newest McLaren customer team PMW Expo Racing/Optimum Motorsport also showed impressive form. The reigning GT4 class champions Graham Johnson and Mike Robinson finished P6 overall, and P3 in the Pro-Am class in their first outing with the car, meaning the 570S GT4 secured an impressive 1-2-3 podium lock-out in the highly competitive class.

Elsewhere, customer team Las Moras Racing scored noteworthy results for the 570S GT4 in the GT4 European Series Northern Cup, as part of one of the busiest race weekends to-date for the 570S GT4 which saw 15 cars contesting four series across three countries. The Dutch team walked away from the weekend with a hard-fought P2 finish after qualifying on the front row for the weekend’s opening race, followed by a top five finish in the second race. By finishing P2 in the first race of the weekend at the Austria circuit, the driver pairing of Braams and Huisman were also victorious in the Pro-Am class.

The 650S GT3 was also in action with customer teams Garage 59 and Balfe Motorsport contesting the International GT Open series. Amid a tough weekend up against a strong 28-car GT3 field, Factory Driver Rob Bell’s performance was the highlight, putting the Balfe Motorsport 650S GT3 in P4 on the grid, before he and Shaun Balfe finished P9 in the first of the weekend’s two races.