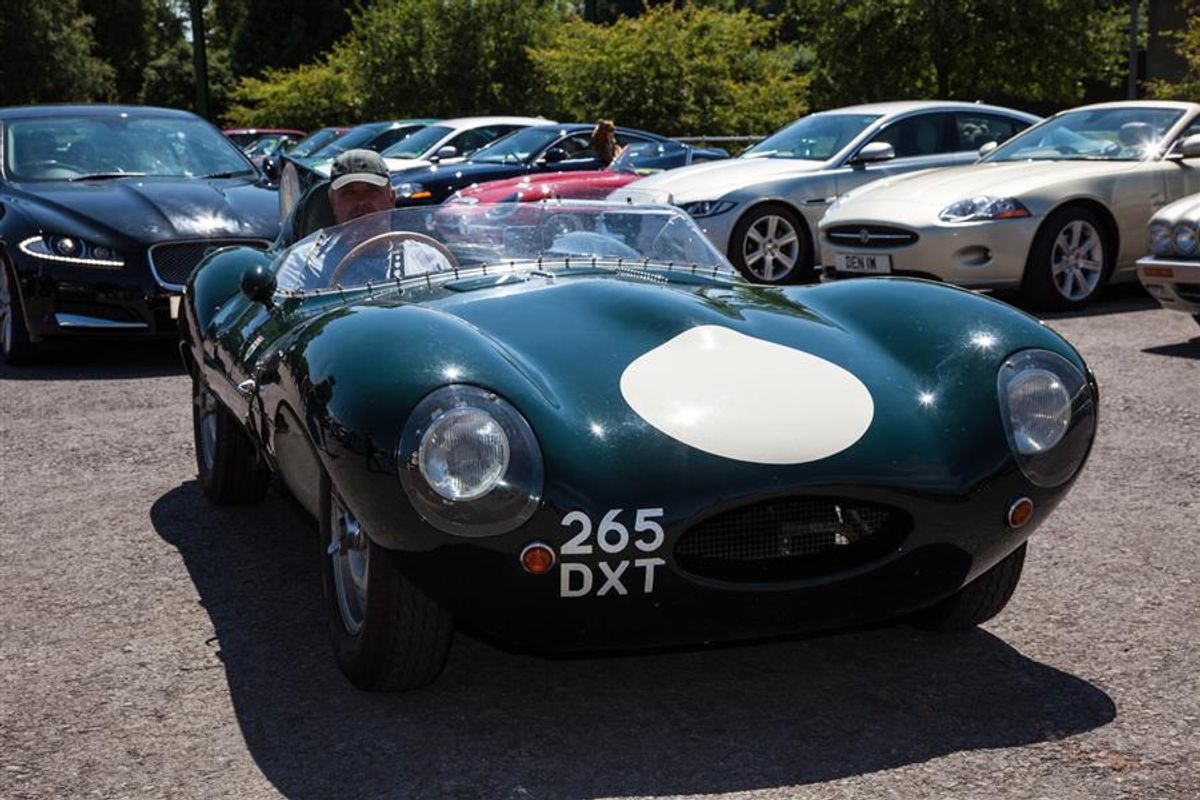 An impressive 282 Jaguars of every shape and size purred into Beaulieu for the second Simply Jaguar rally which attracted as many as 634 participants.

The graceful ‘big cats’ gathered in the grounds of the National Motor Museum to join the display which ranged from post-war classics to the latest models of the legendary British motoring marque.

On show at the event on Sunday July 9th was an impressive selection of Jaguar sports cars and sporting saloons, including Mk I and Mk II saloons, six-cylinder and V12 E-types, modern X-types, XKs and F-types and luxurious Daimlers. The Jaguar Enthusiasts’ Club was well-represented with a selection of classic Jaguars owned by members of its Isle of Wight, Portsmouth, West Sussex and Dorset regional groups.

Throughout the rally, visitors voted for their favourite Jaguar of the show with the People’s Choice Award. Serial Jaguar owner Clint Watson from Lymington, who owns no less than 22 E-types, took the top prize for his Lynx Jaguar D-type, which he has owned for just one year. Standing out from the pack, this racing-spec beauty was a firm favourite with many visitors. Clint was presented with a commemorative Beaulieu trophy and a special Autoglym prize by Beaulieu Visitor Services Co-ordinator Richard Simmonds.

People’s Choice runners-up were Paul Baker from Oxford with his Jaguar XK150, and Graham Woodberry from the Isle of Wight with his Daimler 420. “I just love its beautiful lines,” said Paul of his stunning XK150 Drophead Coupe, which had been completely restored. Graham had repainted his handsome Daimler 420 when he bought it 25 years ago and it still looked as good as new. Both received a box of Beaulieu biscuits and joined a selection of the most popular Jaguars for a cavalcade through the Beaulieu grounds.

Simply Jaguar will return again for 2018 on 8th July.