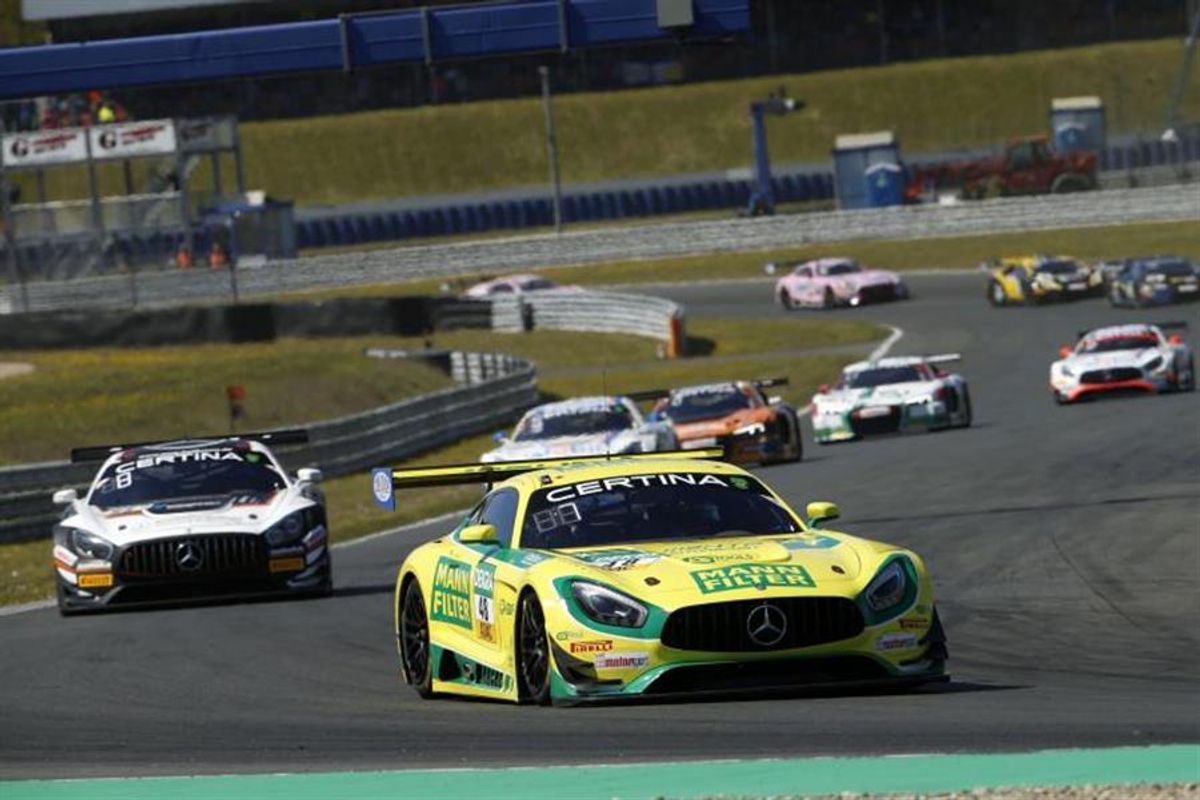 Three local drivers will line up at Zandvoort in the ADAC GT Masters this weekend - Indy Dontje (24, NL, Mercedes-AMG Team HTP Motorsport), Nicky Catsburg (29, NL, BMW Team Schnitzer) and Renger van der Zande (31, NL, Callaway Competition). The three Dutchmen hope to accomplish a great deal in the fourth round of the Super Sports Car League. SPORT1 will broadcast the two races from the dunes circuit live and in full on Saturday at 1.30pm and on Sunday at 1.00pm. The races can be watched online as live streams at adac.de/motorsport and sport1.de.

Dontje is contesting his first season in the Super Sports Car League this year. His best result so far has been a fourth place in the bright-yellow Mercedes-AMG GT3 he shares with Marvin Kirchhöfer (23, DEU). Just like the German driver, Dontje is a graduate of the ADAC's formula racing Academy and has won races previously in the Formel ADAC. "I'm quite satisfied with the way the season has gone so far," said the Dutchman. "Marvin and I have shown that we're fast. Unfortunately, little mistakes and a bit of bad luck have so far stopped us from securing a podium. It would be great if I could pull it off at Zandvoort. The circuit was almost completely resurfaced for 2017. Only the last turn remains as it was, so let's see how it all works out." He can hardly wait for the fourth of seven race weekends in the ADAC GT Masters to get under way: "I'm looking forward to my home fixture, because it's a really cool circuit. There are plenty of fast turns and some corners that are blind. The main straight is relatively short, and there are only a couple of places where you can ease off. I know Zandvoort really well, since I've often worked there as an instructor."

Dontje will be supported this weekend by his family, who are all mad about motor racing: "My brother Milan is competing in the Audi Sport TT Cup this year, and my dad used to race karts. He's a big fan of the Indianapolis 500. That's how I got my name 'Indy'. His first thought was to call me Enzo, but my mum was not too keen on that." Dontje is also kept very busy when not racing. He runs a kart track and driving safety centre in Lelystad about 45 minutes from Zandvoort: "It's where I look after young motor racing trainees and give classes for aspiring kart drivers."

Unlike Dontje, fellow Dutchmen van der Zande and Catsburg are not contesting the full season in the ADAC GT Masters but are standing in for two regular drivers at the circuit in the dunes. Driving for Callaway Competition, Van der Zande will take the place of championship leader Daniel Keilwitz (27, DEU), who has to rest with a fracture to his lower leg. The former DTM driver will share the Corvette C7 with Jules Gounon (22, F). "I will do my best to help Jules defend the top spot in the standings," said Amsterdam-based van der Zande, who contested some four races in the ADAC GT Masters at the Nürburgring during 2014 and 2015.

Nicky Catsburg will line up at Zandvoort in the BMW M6 prepared by BMW Team Schnitzer alongside Philipp Eng (27, A), who is ranked second in the standings. The Austrian's actual team-mate, BMW junior Ricky Collard (20, GB), will be furthering his education at the DTM in Moscow this weekend, gaining an insight into how a DTM weekend is organised. He will also get the chance to drive the BMW DTM race taxi. Catsburg has contested two races in the ADAC GT Masters. He lined up at Zandvoort in 2015, in a Lamborghini Gallardo back then, and finished second.

Zandvoort is, by the way, a happy hunting ground for local drivers, as three Dutchmen - Jaap van Lagen (two wins), Jeroen den Boer and Simon Knap - have already won races in the Super Sports Car League at the dunes circuit, and Dutch team DB Motorsport have also already won there.

A very special offer is available to spectators at the track. They can watch the ADAC GT Masters weekend at the Circuit Zandvoort for free from the standing areas in the dunes around the track and also enjoy the races in the ADAC TCR Germany, the Special Touring Car Trophy (STT) and the Renault Clio Cup Central Europe. For more information, visit: www.circuitzandvoort.nl/en/events/adac-gt-masters#event-tab-gratis-tickets. Tickets for the paddock and grandstands can be ordered from the ADAC GT Masters' official ticket shop at adac.de/motorsport and are available from the ticket office on the day.