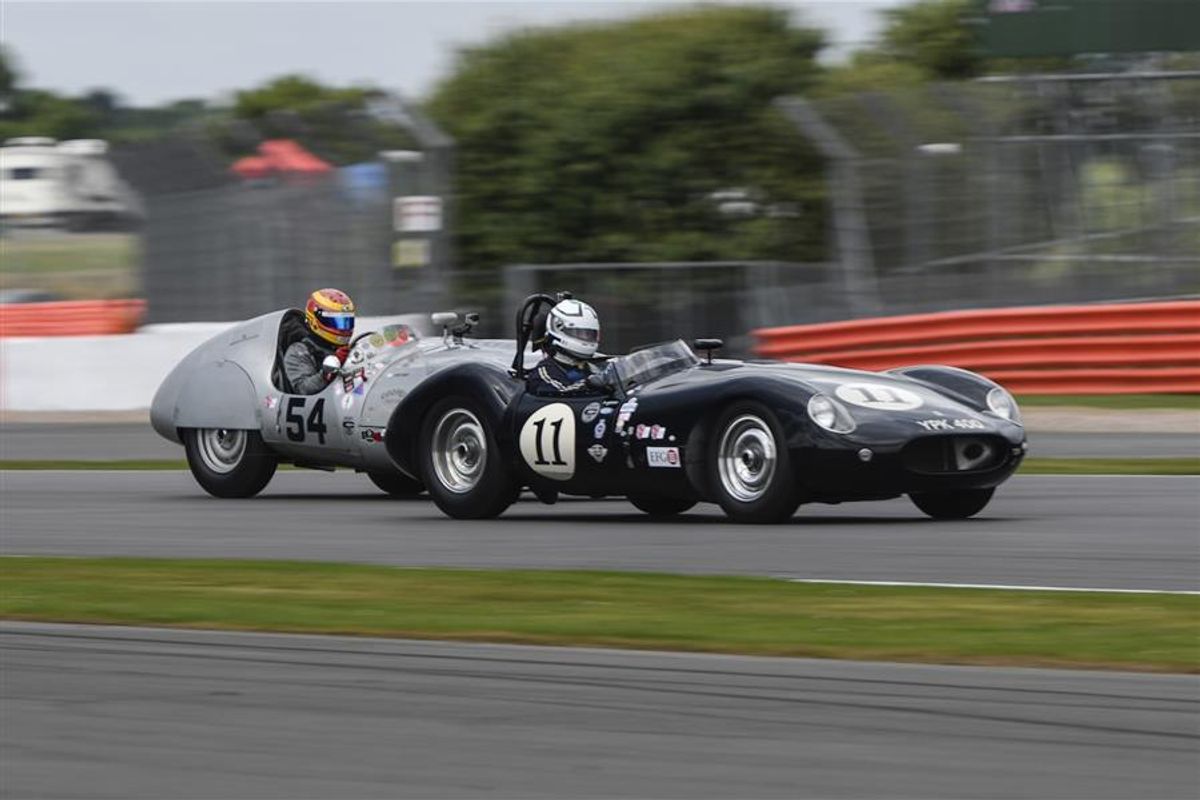 A superb line-up of over 140 cars will be descending on the Motor Racing Legends paddock at the forthcoming Silverstone Classic event (July 28-30) to compete in three feature races over the weekend.

First up on Saturday for the Motor Racing Legends grids is the Stirling Moss Trophy race, where an incredible entry of over 50 pre-61 Sports racers will be lining up to race for a chance to hold the actual cup Stirling Moss won in his first ever GP victory in 1955.

Fourteen Listers of varying body types will be jostling for position on the opening laps amongst Jaguar D-Types, Lotus 15, and Lotus 11. Serial podium visitors to watch out for are the JD Classics entered Lister Costin of Chris Ward, the Lister Knobbly of Will Nuthall and Tony Wood and the Lotus 15 of US driver Michael Gans. And no less than five Mk1 Lolas will also be racing for a special Eric Broadley Tribute presentation.

Following on from the Stirling Moss Trophy race is the Kidston Trophy for Pre-War Sports cars where the Bentley Boys return in force to honour the fabled Bentley racer Glen Kidston who won the 1930 Le Mans 24 hours.

Alex Bell joins the grid with his 1923 Bentley 3/41Ž2, one of the earliest cars on the grid, co-driving with Jeremy Welch, he will be lining up alongside eleven other Bentleys in the Vintage over 3000cc class along with the Vauxhall 30/90 Brooklands Special of Rory Henderson and Robert Fellowes. Look out for hardcore Bentley racers and frequent podium visitors Clive Morley and Richard Hudson driving with Stuart Morley. But the last Kidston Trophy winner in 2015 was thelight chain-driven Frazer Nash Supersports of Fred Wakeman and Patrick Blakeney-Edwards - a formidable racing duo who could be hard to beat.

The Royal Automobile Club Woodcote Trophy is one of Motor Racing Legends’ longest established series, scheduled for the second race on Sunday where a field of nearly 50 pre-56 sports racers - all of which must conform strictly to period specification - will rumble past the new ‘Wing building’ for the start of their 50 minute race.

This intensely competitive grid sponsored by EFG Private Bank, features no less than four Jaguar D-Types and four Jaguar C-Types. Previous race winners include Chris Ward with the JD Classics Cooper Jaguar T33, Gary and John Pearson in the Jaguar D-Type and Fred Wakeman and Patrick Blakeney-Edwards in the later Cooper T38. Even some of the earliest cars on the grid such as Tim Llewellyn’s Allard J2 or John Ure and Nick Wigley’s Maroon Cooper Bristol T24/25 all - have been known to be top five finishers.

Motor Racing Legends Chairman Duncan Wiltshire commented “We are delighted to have such a wonderfully diverse selection of stunning classics across our three grids this year and I can pretty much guarantee we are going to see some thrilling racing after seeing the season openers in May.”

All the action will start on Friday 28th July with qualifying sessions for all races.