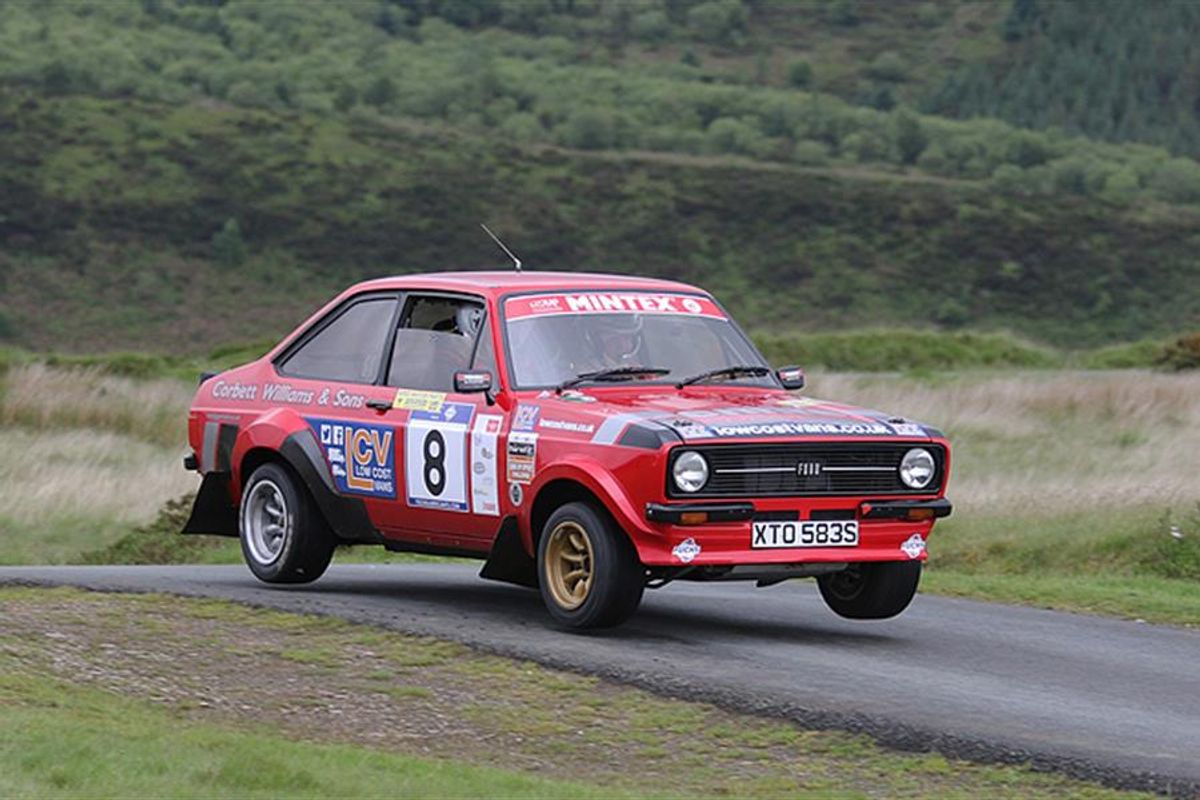 The 2017 Mintex MSA British Historic Rally Championship stays on asphalt for round six, the Harry Flatters Rally (Sunday 30 July). After this event, there is a summer break before the season continues on the closed public roads of the Isle of Man.

The Harry Flatters on the challenging Epynt ranges in Wales is an important round of the season-long battle between current BHRC leaders Nick Elliott and Dave Price and defending champions Jason Pritchard and Phil Clarke in a contest of Ford Escort Mk2s.

The Roger Albert Clark Rally Motor Club promotes the MSA BHRC under a five-year contract and 2017 will be the third year of that agreement. The calendar covers five gravel and three asphalt rallies, with a double-header on the Isle of Man in September to make nine rounds. The team at Special Stage will film all eight events to give the BHRC some of the best TV exposure in British rallying.

A straight run of four wins on the opening four gravel rallies was exactly what Elliott and Price needed ahead of the switch to asphalt. Elliott has very limited experience on asphalt, while Pritchard is equally at home on asphalt or gravel. However, when they headed to Ireland for round five on the ALMC Stages earlier in July, neither crew finished. Pritchard was sidelined by a minor electrical failure and Elliott slid into a ditch.

Now comes the charge over Epynt and another chance for Pritchard to claw back some points. However, new to the mix by scoring maximum points in Ireland was the RSR Historic Engineering Escort Mk2 of Rob Smith and Alun Cook, who are only tackling the asphalt events this season. Pritchard has better knowledge of Epynt than his rivals but it’s going to be a long, tough day on the ranges. Added to the lead contest will be the Ford Escort Mk2 of former Epynt winner Neil Williams.

Leading the chase of this quartet will be several more very quick Escort Mk2s, including the cars of Rudi Lancaster/Guy Weaver, Tim Freeman/Paul Williams, Simon Webster/Jez Rogers and Phil and Mick Squires. Ranged against the Escorts will be the Triumph TR7 V8 of David Kynaston, a man who well knows the challenge offered by Epynt.

In class D3, for the Pinto-powered Escorts in Category 3, Ben Friend and Cliffy Simmons are consistently setting a mighty pace against the more powerful cars, although this will be Ben’s first event on the full Epynt stages.

The Capital Construction Category 2 is topped by Phil Jobson and Arwel Jenkins in their Escort Mk1, with opposition from Andrew Stokes and Adrian McNally in the Escort Mk1 previously campaigned by Andrew’s late brother David. In class C2, for the 1600cc cars, Mal Bayliss/Siobhan Pugh take on the similar car of John Williams/Gethin Sollis. In the Vintage Car Radiator Company Category 1, the Mini Cooper of Phil Harris and Richard Suter will be chasing its fifth win of the season.

The Harry Flatters Rally is organised by Brecon Motor Club. For more details about the event please visit www.breconmotorclub.co.uk