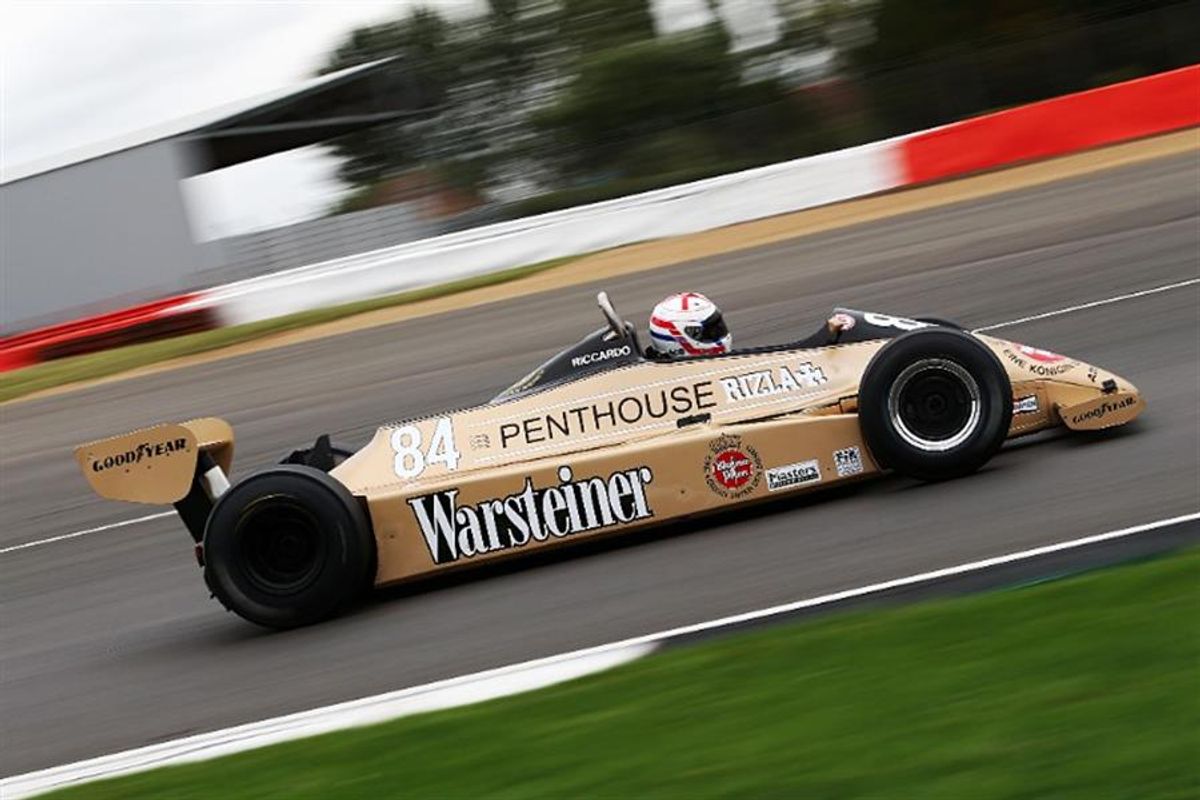 If the 2015 edition marked the Silverstone Classic’s silver anniversary, then this year, gold would very much appear to be the colour en vogue – with Jonathan Kennard stealing the show behind the wheel of the striking Warsteiner-liveried Arrows A3, the day before former Spandau Ballet hit-maker Tony Hadley takes to the music stage.

The opening day of the 2017 Silverstone Classic – the world’s biggest classic motor racing festival – comprised no fewer than 15 trouble-free qualifying sessions. The competitive action began with Formula Ford 50 Presented by Historic Motorsport International, as the world’s pre-eminent junior single-seater series celebrates its half-century in style with an oversubscribed entry list.

Later on, fans were thrilled by the captivating sight of drivers fighting at the wheel of 1920s and ‘30s icons in the Kidston Trophy for Pre War Sports Cars. Meanwhile there were standout performances from tin-top legend Steve Soper – who seized pole position for the John Fitzpatrick Trophy for Under 2 Litre Touring Cars (U2TC) in a 1964 Ford Lotus Cortina – and Gary Pearson, who produced a late flyer in his 1955 Jaguar D-type to narrowly snatch the top spot on the starting grid for the Royal Automobile Club Woodcote Trophy for Pre ’56 Sports Cars.

It was Kennard, however, who grabbed the headlines, as the former British F3 ace belied his lack of prior track time in the blue riband FIA Masters Historic Formula One series for DFV-era cars to soar to the top of the timing screens on his debut in the 1980 Arrows, a car once driven by six-time grand prix-winner Riccardo Patrese.

In the JET Super Touring Car Trophy, Jason Minshaw set the pace in his 1998 Volvo S40, in a session that reserved many admiring glances for the shark-nosed BMW 635 piloted by New Zealand racing hero Jim Richards.

The evocative Group C sportscars transported onlookers back in time to a halcyon age of endurance racing, while the day’s action concluded with a field of nifty and nimble Austin A30s and A35s taking to the circuit in the hands of their owners – 24 hours before the cars return to the track for the eagerly-anticipated Celebrity Challenge Trophy race.

All 1,000-plus entries sampled the famous Silverstone Grand Prix circuit over the course of a busy day, and the first car club anniversary parade of the weekend was led by a dozen hypercars – including a Zonda, a Ferrari F40, a trio of Porsche 918s and a brace of Bugatti Veyrons, with a combined value of more than £12 million.

Today also witnessed the start of the against-the-clock eBay RESTORATION LIVE challenge – as Fergus Walkinshaw and his team set to work on a 1984 Ford Capri – while some notable motor sport machinery went under the hammer last night at the Silverstone Auctions evening.

The Bootleg Beatles are set to take to the stage tonight as the ‘Summer of Love’ gets into full swing, setting the scene for an enthralling day of competition tomorrow (Saturday), when 12 flat-out races will be complemented by high-speed World GP Bike Legends and Williams FW14B Anniversary demonstrations.