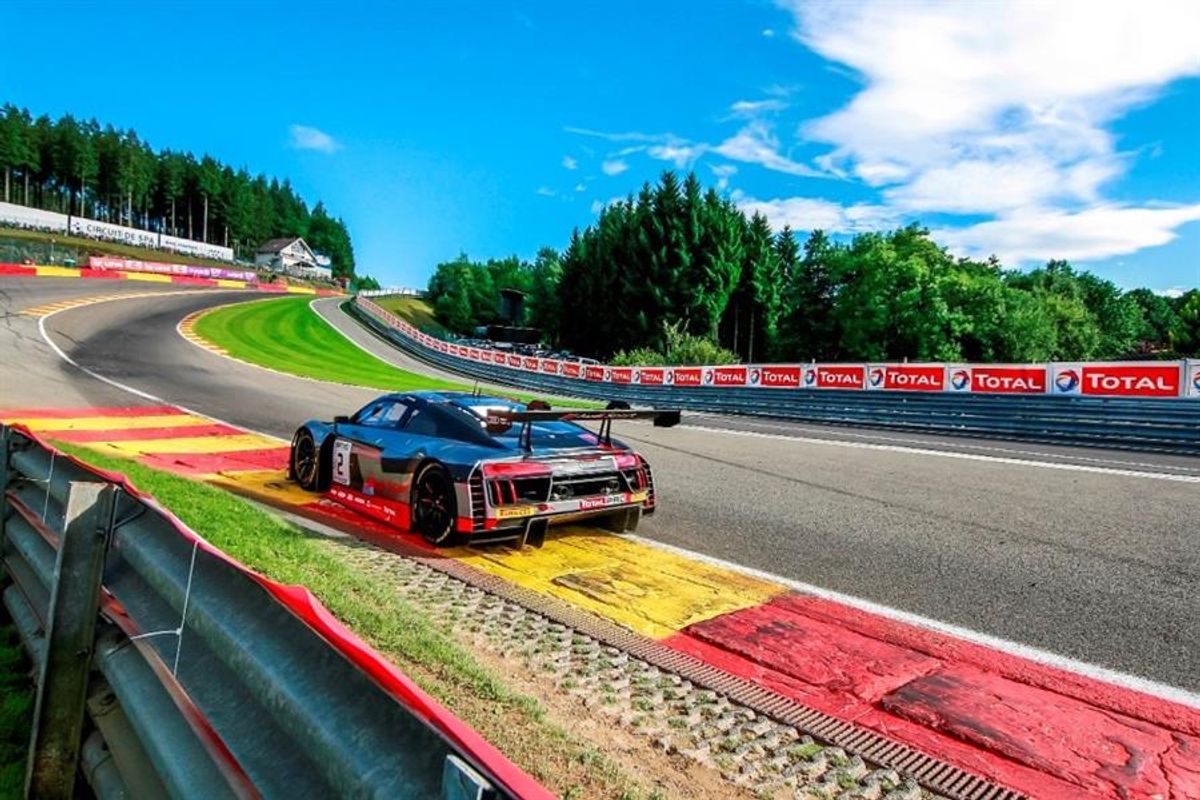 Team WRT brings two cars in the top-6, as Audi takes fourth triumph at the Total 24 Hours of Spa

The 69th edition of the Total 24 Hours of Spa kept all its promises and will sit in the history of the world’s greatest GT endurance race as one of the most intense and closely-fought. It was a day of glory for the Audi family, as the R8 LMS took its fourth success in seven years, with the Audi Sport Team Saintéloc car of Gounon-Haase-Winkelhock. Team WRT rounded the great result by bringing two of its cars in the top 6: Christopher Mies-Connor De Phillippi-Fred Vervisch and René Rast-Antonio García-Nico Müller took fifth and sixth, respectively, finishing in the same lap as the winners. It was a close battle for victory until the end, between six cars and four different brands. Team WRT had two cars in that fight and was again very close to victory, but paradoxically, is not on the podium this time. A third car of the six Belgian Audis at the start took the chequered flag, with Dries Vanthoor-André Lotterer-Marcel Fässler finishing 11th, while the three other cars of the Belgian Audi Club Team WRT withdrew in the first half of the race, two of them due to race incidents and one because of an electrical failure.

Team Principal Vincent Vosse logically had mixed feelings at the end of the exhausting enduro: “First of all, I want to congratulate our colleagues at Saintéloc, who have done a fantastic job and really deserve the win. It’s great to see Audi winning again at Spa and to be part of that with two of our cars in the top-6, but clearly, we are also very disappointed for not being on the podium this time, it’s the first time it happens since 2011, and also for losing so early three of our cars, but it’s racing… We are frustrated, because we had a good pace, our strategy was good, we were in contention for the win until almost the very end, and everybody in the team gave everything… We need to understand why we lost some performance on Sunday morning, after a great night. It has been one of the closest fights at Spa, it’s really details that made the difference. The fact that there were so many victory contenders is to be put to the credit of SRO, I think this is an edition that we will remember and will contribute to the 24 Hours legend…”

Qualified an excellent 5th, car #1 had a solid and consistent race since the beginning, always running among the win contenders. It briefly exited the top-5 in the sixth hour, because of a drive-through for track limits, but rejoined quickly the top-3 and took the lead from time to time, as the other front runners, depending on the pit stops. Unfortunately, it lost precious time in one of the last stops on Sunday noon, as the car stopped beyond the ideal position, and the time lost barred it from a podium finish, eventually taking P6.

The fastest of the Team WRT squad in qualifying, thanks to a great P3 by Fred Vervisch, car #2 spent most of the first part of the race right behind sister car #1, taking the team’s leadership after car #1 served its drive-through and also leading the race at moments. Its faultless race saw it always among the front-runners, only leaving the podium positions in the final hours, eventually crossing the line an excellent 5th.

Despite poorer qualifying (P21 on the grid), car #5 quickly climbed positions, with Marcel Fässler already in P14 at the end of his initial double stint. Unfortunately a brakes issue in the fourth hour, which cost over 4 laps, sent the car far aback in the rankings. From then on, the stellar trio charged for the rest of the race to climb back positions, finishing in P11.

After starting from the back of the grid, the only of the Belgian Audis to be entered in the Pro-Am class, was performing an excellent race: it was in the top 25 overall and lying 7th in its class when it was the innocent victim of a race incident during the night, in the 9th hour. Jonathan Venter, then at the wheel, was hit from the back at the bus stop chicane by a Mercedes driver that lost his breaking point. Unfortunately, the car sustained heavy damage, having to retire.

Again no luck for the French trio, who after qualifying in P36, had a promising start of the race, climbing up in the top 25. Their race , though, would be abruptly come to an end during the fourth hour, due to an electrical failure. The car remained stranded off the bus-stop chicane and despite the efforts of Stéphane Richelmi, duly advised by his mechanics that ran on spot from the nearby pits, nothing could be done to restart the car.

One of the good surprises of qualifying, the car of the British trio made it to the Superpole, taking P18 on the grid. It had an excellent start of the race, running as high as P11 with Jake Dennis, but was unfortunately to be the first of the Belgian Audis to retire, shortly after the 2-hour mark, when Jamie Green, trying to overtake a rival, lost the car between the Bruxelles and Pouhon corners, hitting the barriers.

Activity in the Blancpain GT Series will resume after the summer break, with the Sprint Cup round at the Hungaroring on 26-27 August, with the final round of the Endurance Cup scheduled at Barcelona early October.