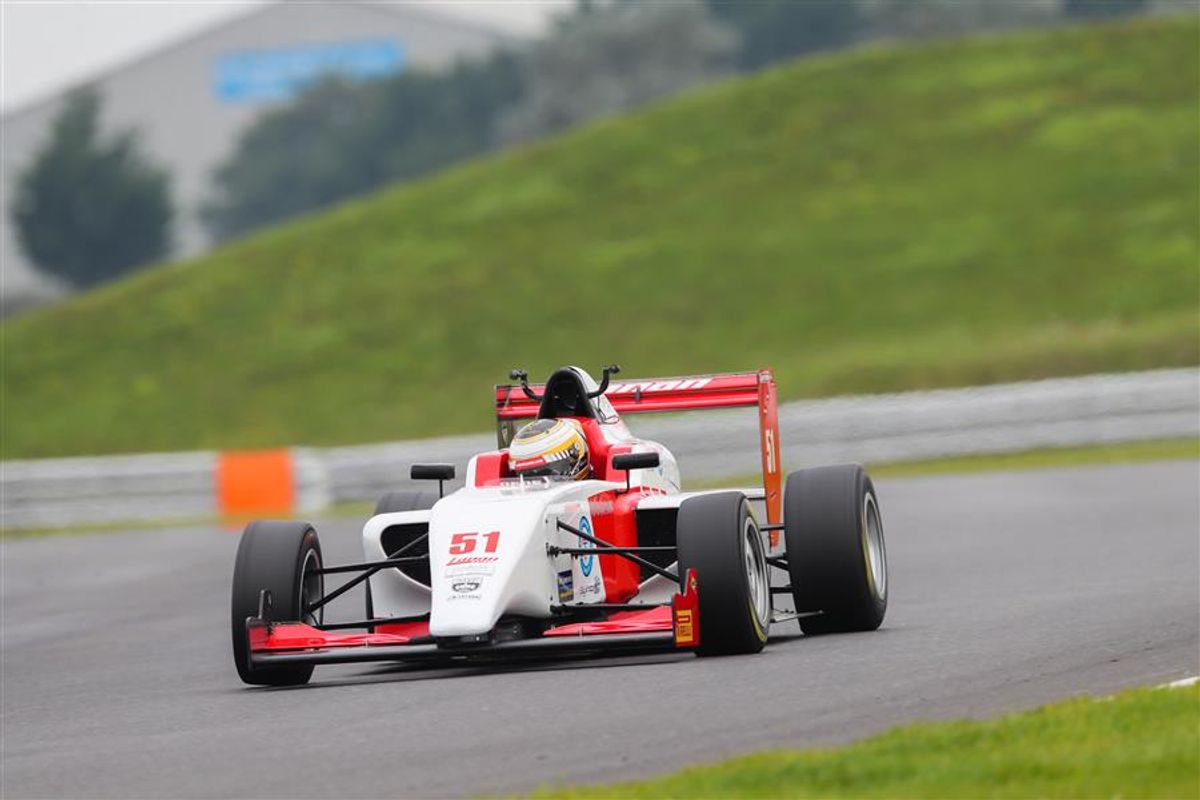 Quinn, in his second full season of single seater racing, has secured three victories in British F4 so far this season and lies fourth in the standings. Prior to this year, he enjoyed a very successful maiden single seater campaign in 2016, securing the British F4 Rookie Class championship with 16 class wins alongside three overall wins.

The 16-year-old started karting in 2011 in the Honda Cadet class while also racing in the MSA Super One Championship as a guest driver at the Clay Pigeon round, where he impressed by finishing fifth overall.

Invited to join the Fusion Motorsport team at the end of 2011, Quinn competed in the Formula Kart Stars and Super One British Championship with the team in 2012, finishing both championships in seventh overall and was the British Cadet Rookie champion, as well as securing the South West Championship in the Cadet class.

He secured championship glory in 2013 with dominant victories in the Kartmasters GP Plate and British Open Championship with further success in the Little Green Man Championship, while just missing out on two titles in Super One.

He moved up into the Junior category of karting in 2014 with Coles Racing, and was a multiple race winner in Super One Minimax, taking the title race to a final race showdown, while finishing fifth overall in the Rotax Euro Challenge and second in the Rotax International Open, firmly establishing himself on the European scene.

At the tail end of 2015, his karting form saw him invited to participate in the Racing Steps Foundation selection process, which he won, allowing his graduation to cars in 2016, which has seen him continue his front-running success.

Quinn commented: "It’s a really exciting opportunity for me to race in the BRDC British F3 Championship at Donington Park this weekend. It’s a huge challenge for me and we’ll basically be going straight into the race weekend. I’m excited but not nervous, there are no expectations as it’s my first time driving the car but I just want to impress the team and the championship and show what I can do."

Lanan Racing Team Principal Graham Johnson commented: "We're really pleased to welcome Alex to the team for the final BRDC British F3 Championship round at Donington Park this weekend. He has shown to be a very strong competitor since making his way up to cars, and you don't win the RSF selection process if you're not talented. We're confident that with our championship winning experience, that he can adapt to the step-up that the F3 car provides, and we look forward to working with him to aid his progress as the weekend goes on.”

The 16-year-old replaces Toby Sowery at the squad, who has been signed up by legendary Italian manufacturer Lamborghini to race in the Lamborghini Super Trofeo series in Shanghai this weekend.

Sowery commented: “I’m gutted not to be racing this weekend due to conflicting racing commitments. This has probably been one of the most difficult decisions of my career but I can only thank Lanan for their belief and support of me and my career. The team has done a fantastic job and I want to wish them luck for the weekend. I cannot thank them enough for the hard work, late nights and early mornings but also want to thank the BRDC, MSV and everyone else involved with F3 for running the top single seater championship in the UK.”