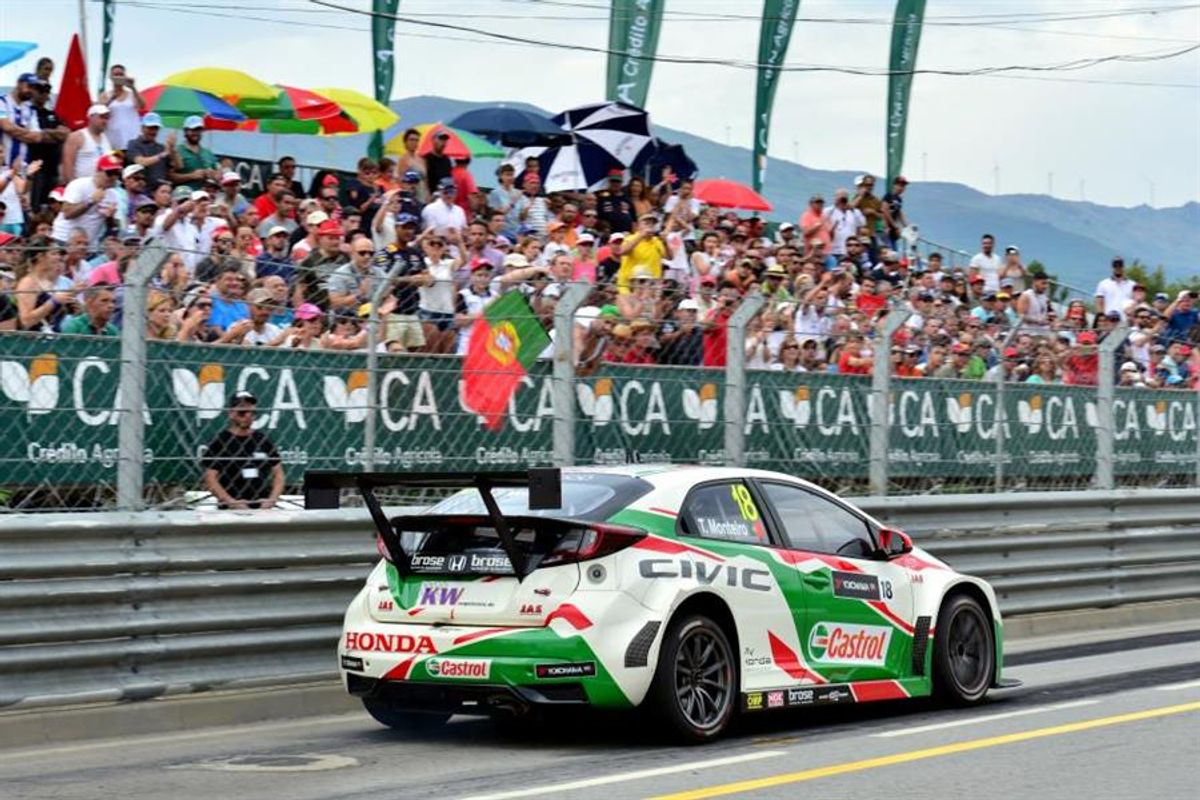 The FIA World Touring Car Championship community will be joining forces in support of Tiago Monteiro when WTCC Race of China takes place this weekend.

Monteiro, the championship leader, won't be in action at the all-new Ningbo International Speedpark on medical advice as he continues his recovery from a testing accident last month. In a show of support of the hugely popular Portuguese, a number of activities on social media and events at Ningbo will be arranged over the next few days and into the weekend.

“It’s a tough moment for Tiago, for Honda and for the WTCC and a great shame the championship leader will be missing when we head to Ningbo for the first time,” said François Ribeiro, Head of Eurosport Events, the WTCC promoter. “Tiago’s wellbeing is obviously the number one priority although I can’t begin to imagine how frustrated he is right now. We’ve stayed in touch with him every step of the way since his accident and we hope to see him back on-track as soon as possible. In the meantime, I look forward to the WTCC community and Tiago’s fans online joining forces in a show of support.”

Monteiro, the leader of the WTCC standings by 12 points following a stellar season with the Castrol Honda World Touring Car Team, said: “I’m incredibly disappointed that I cannot race in China. As a team, we’ve worked incredibly hard to make it to the top of the championship and this is a huge setback to everybody. Unfortunately, the human body is what it is and despite the outstanding efforts of my medical team, I just need more time. My focus now shifts to returning to fitness in time for Motegi later this month and resuming my title challenge there. I must say a big thank you to Gabriele [Tarquini] for stepping in. He’s a great friend and was a fantastic team-mate for many years in the WTCC, so there’s nobody else I’d rather have in the car to support my title push.”

Meanwhile, Gabriele Tarquini has been announced as Monteiro's stand-in for the China event, which marks the 2009 world champion's WTCC comeback and his return to the Honda line-up for whom he raced alongside Monteiro for three seasons between 2013-2015, with the pair claiming the FIA World Touring Car Championship for Manufacturers for their employer in 2013.

“I’m pleased to return to the Castrol Honda World Touring Car Team this weekend, although I wish it had been in happier circumstances,” said Italian Tarquini. “Tiago is a fantastic driver who has rightfully earned his place at the top of the championship and it’s a real shame he has to miss this weekend. I’ll do the very best job I can for Tiago and the team and hope that the combination of my experience of the Civic WTCC from 2014-15 and the levelling factor of a brand-new circuit can help me fight for a strong pair of results.”