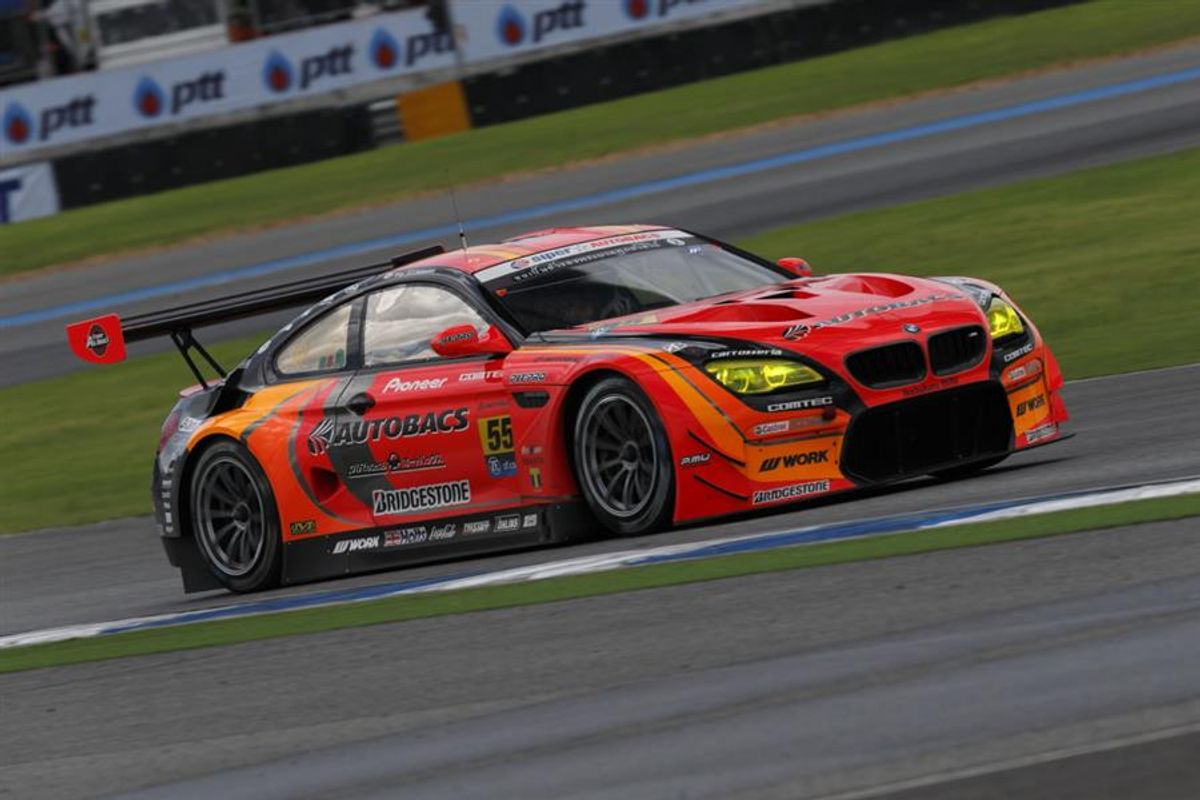 Sean Walkinshaw says he is going ‘all out’ to make a deserved return to the podium during the final race of the season at Motegi in Japan on Sunday, 12th November, where he and team-mate Shinichi Takagi still have a slim chance of winning the GT300 title.

In what has been an outstanding maiden season in the Far East for the Chipping Norton-based British driver, Walkinshaw goes into the eighth and final round of the 2017 campaign fourth in the championship standings and with a very real chance of ending the season in the coveted top three.

After finishing fourth in GT300 last time out at Chang International Circuit in Thailand, Walkinshaw and Takagi also kept themselves in contention for championship glory. While the title is an outside bet, the Autobacs Racing Team Aguri duo are resolutely determined to give it their all.

“I can’t wait to be back in the No.55 BMW at Motegi, I’m really looking forward to driving the track for the first time and it’d be fantastic to end the season back on the podium there”, said Walkinshaw, “I know Shinichi-san and I can still win the championship, but it is a tall order and we know it’ll take some good luck for us and misfortune for others. We’ll be going all out as we always do though.”

Arriving in Super GT at the beginning of the season having never driven on the Far East circuits, and moving to a BMW M6 GT3 from the Nissan NISMO GT3 he raced the two years prior in the Blancpain Endurance Series, Walkinshaw instantly made a strong impression.

Taking a top five finish with team-mate Takagi at Okayama in Japan during round one back in April, the visit to Fuji next time out didn’t deliver the outcome the ARTA pairing had envisaged but in round three at Autopolis they laid a marker down with the first podium of the season, third place.

Robbed of a second consecutive podium after contact at a rain-hit Sugo in round four, on the return visit to Fuji Speedway in August the team-mates hit back in perfect style with a remarkable, and very dominant, win in the fifth race of the season – having also taken their first pole start of the year.

Suzuka was next but contact early on in the 1,000-kilometre race wrecked any hopes of battling for the podium. Then, last time out in Buriram, Walkinshaw took the chequered flag at the end of a dramatic contest a mere 0.2 seconds shy of the podium.

Marking himself out as a true class act in his first season of racing outside Europe, while hopes of winning the GT300 title are slim – 19 points adrift of the leaders going into Motegi – Walkinshaw and Takagi are just six points shy of the top three in the title battle.

“If I can end my first season in Super GT in the championship top three it would be amazing, and much more than I could have hoped for at the beginning of the year”, added Walkinshaw, “It’s been a fantastic season with the ARTA guys and Shinichi is an outstanding driver, I’ve learnt a massive amount from all of them. Hopefully we can end the season on a real high with more silverware at Motegi.”

Qualifying for the season finale of the Super GT Championship season will take place this coming Saturday, 11th November, with the big race following on Sunday, 12th November.