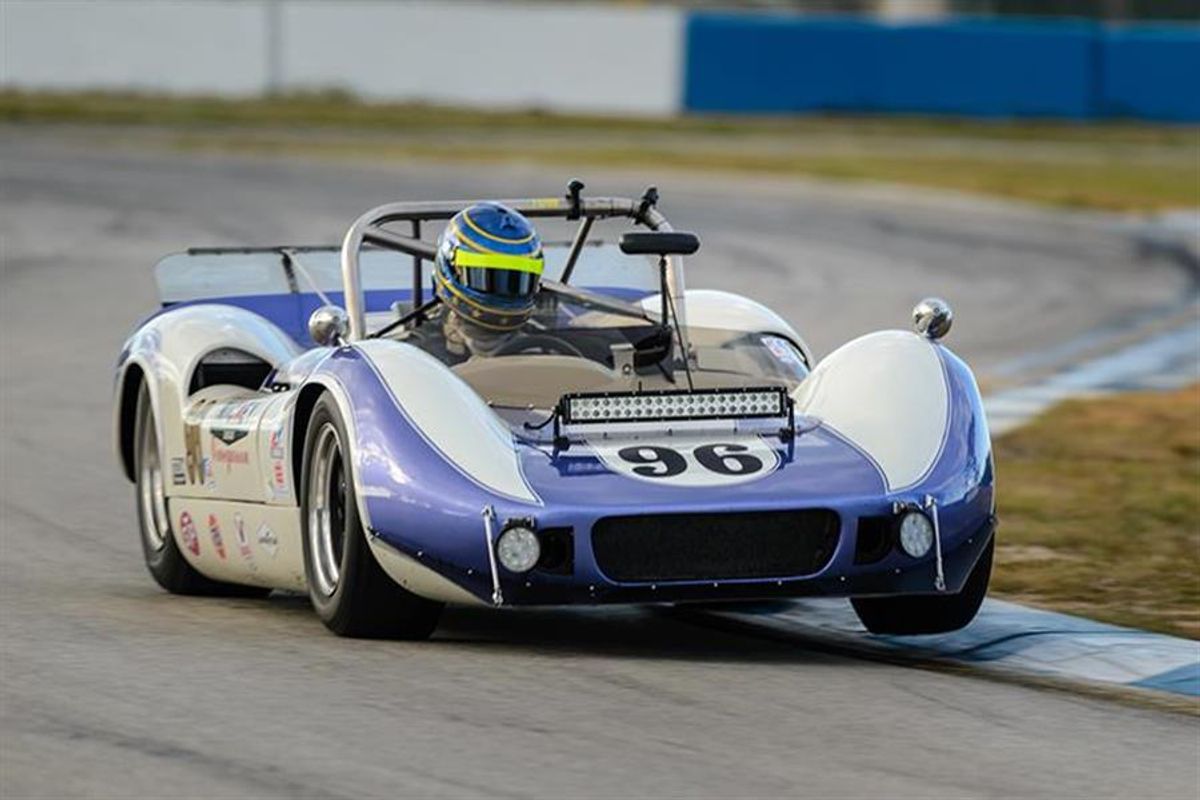 With all four Run Groups having completed their first two rounds, no runaway leaders have emerged and the on-track action across the board has been close and competitive.

In Group A, the 1966 No. 96 McLaren M1B of British drivers Nigel Greensall and Andrew Beaumont moved to the top spot in Round 2. The McLaren leads the 1969 No. 7 Lola T70 of Toni Seiler who is just in front of his teammate Beat Eggiman in his 1969 Lola T165. The top-three Group A runners have all completed 32 laps through the first two rounds, and the following six competitors are just one lap shy of the leaders.

Group B has turned into a rivalry renewed between defending Classic 12 Hour winner John Harrold and his 1979 No. 94 Chevron B23/36 and the 1976 No. 5 Porsche 935/K1 of Altfrid Heger. In last year's inaugural Classic 12 Hour, the 935/K1 got caught up in an accident halfway through the Group B battle, paving the way for Harrold to take the win in his Team Mean/KMW Motorsports-prepared Chevron. This year, Heger hit the halfway mark leading the Group, but Harrold, co-driving with his son Ryan Harrold and Kevin Wheeler, has led the race and is just 30 seconds behind the Porsche in second place.

Group C emerged as a battle royale between three distinct but equally competitive Prototypes. John Reisman drove in both opening rounds in his Hudson Historics-prepared 2010 No. 33 Coyote Corvette Daytona Prototype and held the Group lead at halfway.

Well in the Group C hunt, however, is the 2007 No. 18 Pescarolo Judd LMP1 of Juan Gonzalez and Butch Leitzinger. The same car that David Porter and Joao Barbosa drove to victory in last month's HSR Classic 24 at Daytona, Gonzalez purchased the Pescarolo and was a late entry in the Classic 12. Leitzinger finished first in the No. 18 in the opening round and joins Gonzalez in second at the halfway mark, on the same lap as the leading No. 33 Daytona Prototype.

The third early contender in Group C, the 2006 No. 12 Lola AER B06/10 of Tony Burgess and Chris Dyson, unfortunately hit some mechanical misfortune in the second round after leading both races. The Dyson Racing team quickly went to work on the Lola but retired the entry with a differential issue.

Another contender of note to hit trouble in a second round was the 1974 No. 26 Chevron B26 of Gray Gregory, Randy Buck and Ian MacAllister. The Chevron was racing in the lead pack with Heger in the Porsche and the similar Chevron of the Harrolds only to lose battery power in the closing stages. The No. 26 has fallen three laps behind the leaders but, with the issue fixed, could still contend for a podium finish through the remaining two rounds.

Home to more modern sports cars and prototypes, Group D has become a competitive battle between Radical sports racers and Porsche 997 GT3 Cup cars. Rich Thomas won both opening rounds to lead halfway in his No. 738 Radical SR3/RSX, but the duos of Mac McGehee and Corey Friedman and Cody Ellsworth and Bruce Ellsworth have been tight in the top three in their Porsches.

The schedule picks up again Sunday at 11 a.m. EST when the fourth and final rounds for all Run Groups will be held in succession to bring the 2017 Classic 12 Hour at Sebring, Pistons and Props, presented by the Alan Jay Automotive Network, to a conclusion.

Classic 12 Hour tickets can be purchased on-site only at the Sebring International Raceway Main Gate with Sunday admission priced at $30.

Detailed event information for the Classic 12 Hour and Sebring Historics, including weekend schedules and all entry lists, is available at www.HSRRace.com.