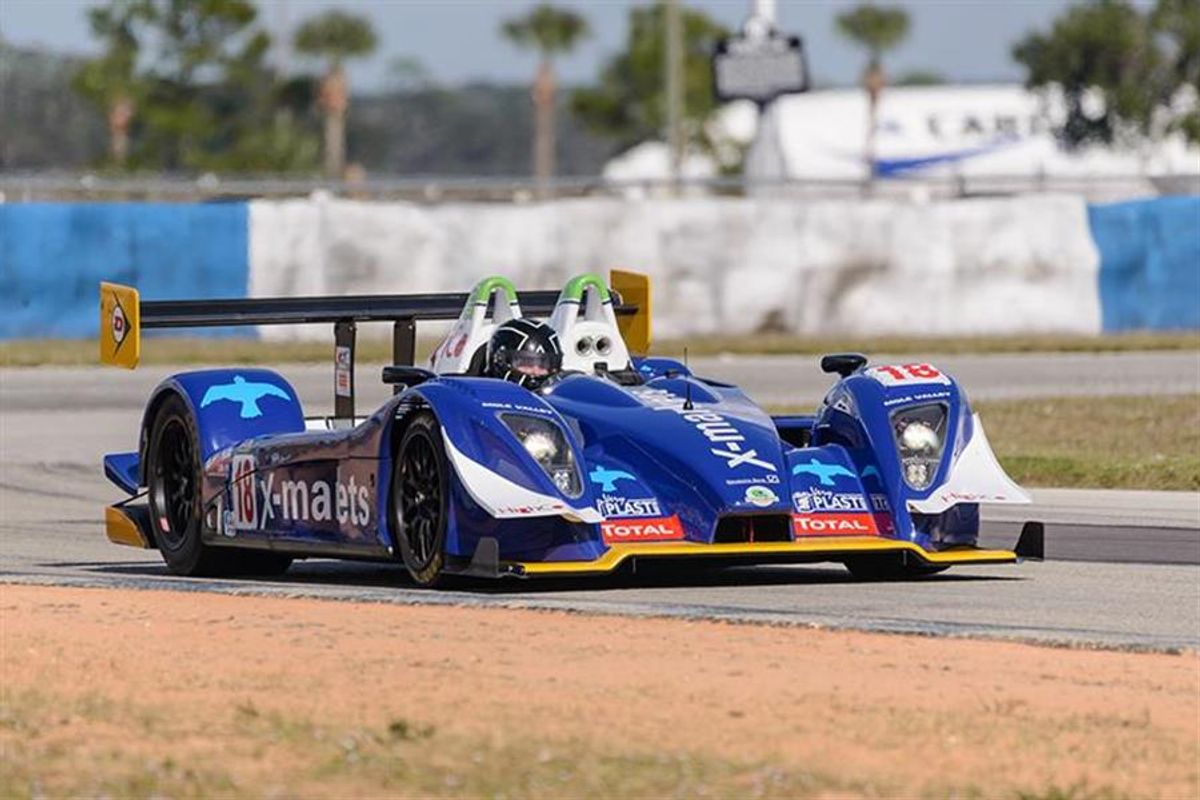 A tribute race to the timeless Mobil 1 Twelve Hours of Sebring, which will be run for the 66th time this March, the Classic 12 Hour format featured each of the four Run Groups taking to the track four different times over the course of the last two days.

Saturday's schedule included the first three 42-minute rounds for each Group - appropriately within the span of a 12-hour period - while the fourth and final races Sunday determined the overall winners.

After trailing a pair of Lolas across the finish line in Saturday's opening race, British co-drivers Andrew Beaumont and Nigel Greensall took the lead in their 1966 No. 96 McLaren M1B in Round 2 and went on to score the Group A victory.

Round 1 winner Toni Seiler finished second in his 1969 No. 7 Lola T70 while his teammate, Beat Eggiman, crossed the line just seconds later for third place in his 1969 No. 27 Lola T165. Both Lolas joined the McLaren in completing a total of 66 laps in the four Group A rounds.

Group B provided the weekend's most thrilling finish, with a last-lap pass in the fourth and final round by Kevin Wheeler in the Team Mean/KMW Motorsports Chevron B23/36 just enough to squeeze out a 3.025-second margin of victory. The win was the third-straight "HSR Classics" victory for the John Harrold-owned Chevron that he and his co-drivers raced to the Group B win in last month's HSR Classic 24 at Daytona and the inaugural Classic 12 Hour last year.

For this year's Classic 12 Hour, Harrold left the driving to his son, Ryan Harrold, and Wheeler - his winning co-drivers from Daytona - and watched from the pits as one of the biggest battles of the season unfolded.

After winning the opening pair of Group B rounds, Altfrid Heger went into the fourth and final race with a 12-second lead over the Chevron in the 1976 No. 5 Porsche 935/K1. Heger took the white flag eight seconds ahead of Wheeler only to spin in Turn 10 on the final lap when the brakes started to fade on his Porsche. Wheeler slipped by for the lead and the win as Heger, who quickly recovered from the spin, came up just second shorts in holding on for the victory.

Showing incredible sportsmanship and class despite the late turn of events, Heger graciously accepted second-place honors. The top-two Group B finishers covered 72 combined laps in their four races while Todd Treffert finished third overall in Group B in his Speedconcepts 1974 No. 141 Porsche 911 IROC.

Group C remained a tight all-Prototype contest to the finish, with Juan Gonzalez and Butch Leitzinger claiming the victory in the same 2007 No. 18 Pescarolo Judd LMP1 that won at last month's HSR Classic 24 at Daytona and the inaugural Classic 12 Hour last year. Now owned by Gonzalez, the Pescarolo tussled with the Hudson Historics 2010 No. 33 Coyote Corvette Daytona Prototype of John Reisman and Eric Curran throughout the race.

Reisman - who won Group C Round 2 - and Curran finished second, just one lap behind the Pescarolo's event-high 80 laps completed.

Third place went to the debuting 2014 No. 13 Rebellion Toyota LMP1 that was solo-driven by Claude Malette to a solid podium result, joining the No. 33 team in completing 79 laps.

Home to more modern sports cars and prototypes, Group D quickly became a close battle between Radical sports racers and Porsche 997 GT3 Cup cars. Rich Thomas won the first three rounds in his Wisko Racing No. 738 Radical SR3/RSX, but the 2010 No. 097 Autometrics Porsche of Mac McGehee and Cory Friedman, and the similar 2012 No. 99 Porsche of Cody Ellsworth and Bruce Ellsworth, pressured to the finish.

Friedman crossed the finish line first in the fourth and final round but Thomas, who took the flag just a few car lengths behind the No. 097, had enough of an overall gap to seal the Group D crown. The Ellsworths finished a close third in Group D, with the trio of top finishers all completing 72 laps.