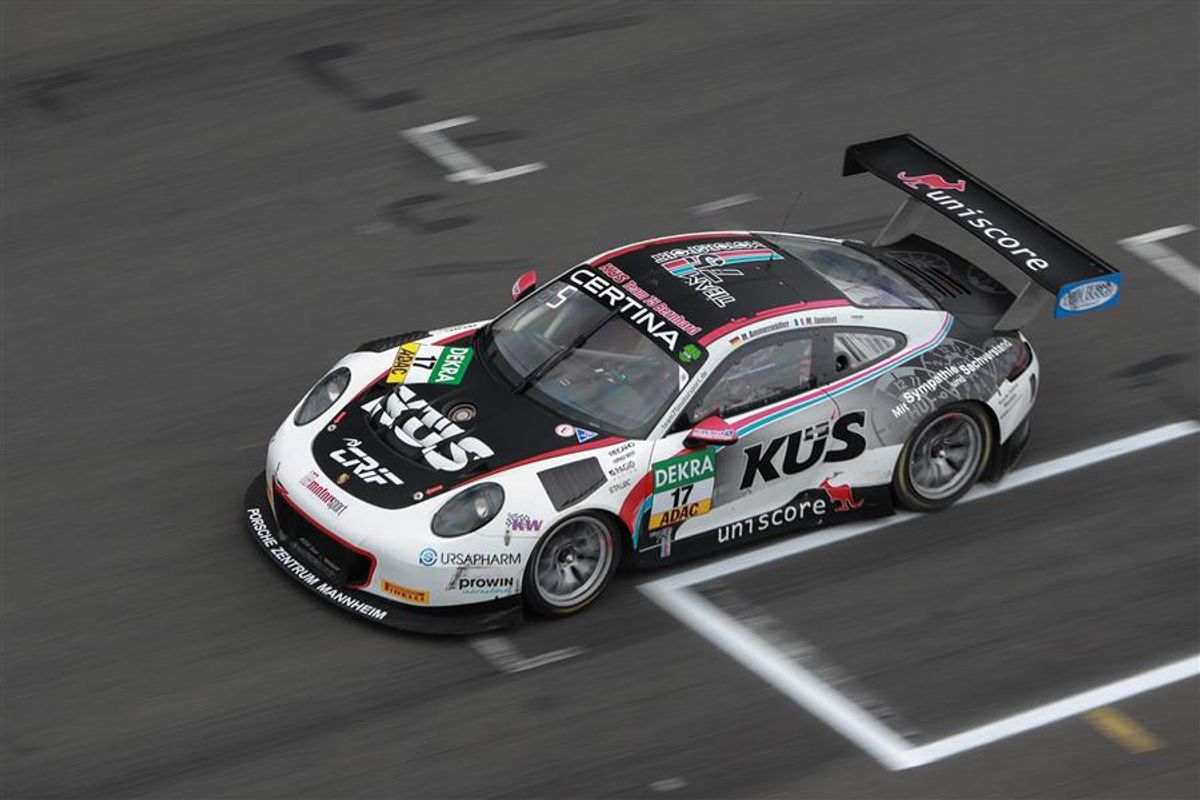 The ADAC GT Masters is about to welcome a celebrity newcomer in the shape of Timo Bernhard. This year's FIA World Endurance Champion and Le Mans winner has decided to make his personal debut in the 2018 Super Sports Car League. The 36-year-old will share the cockpit of a Porsche 911 GT3 R entered by his KÜS Team75 Bernhard outfit with Kévin Estre (29, FRA).

Bernhard from Bruchmühlbach-Miesau is one of Germany's most successful sports car drivers and has been involved with Porsche since 1999, which makes him the longest-serving works driver of the Stuttgart-based manufacturer. In 2015 and 2017, he secured the driver's title in the FIA WEC, and on two occasions (2010 and 2017) he won the Le Mans 24 Hours. He also took overall victory in the 2003 Daytona 24 Hours, lifted the winner's trophy in the 2008 Sebring 12 Hours and topped the podium five times in the ADAC Zurich 24 Hours at the Nürburgring. The KÜS Team75 Bernhard racing team, which he co-manages with his father Rüdiger Bernhard, has competed in the ADAC GT Masters since 2016, winning five races along the way.

"I've made a considered choice to contest the ADAC GT Masters," says Bernhard. "After two championship titles and Le Mans victories, I've been looking for new goals as a driver now that Porsche's LMP1 programme has come to an end, and I see my forthcoming engagement as a step towards further building and developing the team. The ADAC GT Masters is a new challenge, and as a series, it has a high-calibre field. Having Kévin as team-mate is great."

Bernhard's co-driver Estre first lined up on the ADAC GT Masters grid in 2010. Since then, the Frenchman has won six races in all. His most successful season so far came in 2016 when he finished fourth in the championship. As in the 2017 campaign, KÜS Team75 Bernhard plan to race two Porsche 911 GT3 Rs next year as well. The driver pairing for the second car is yet to be announced.