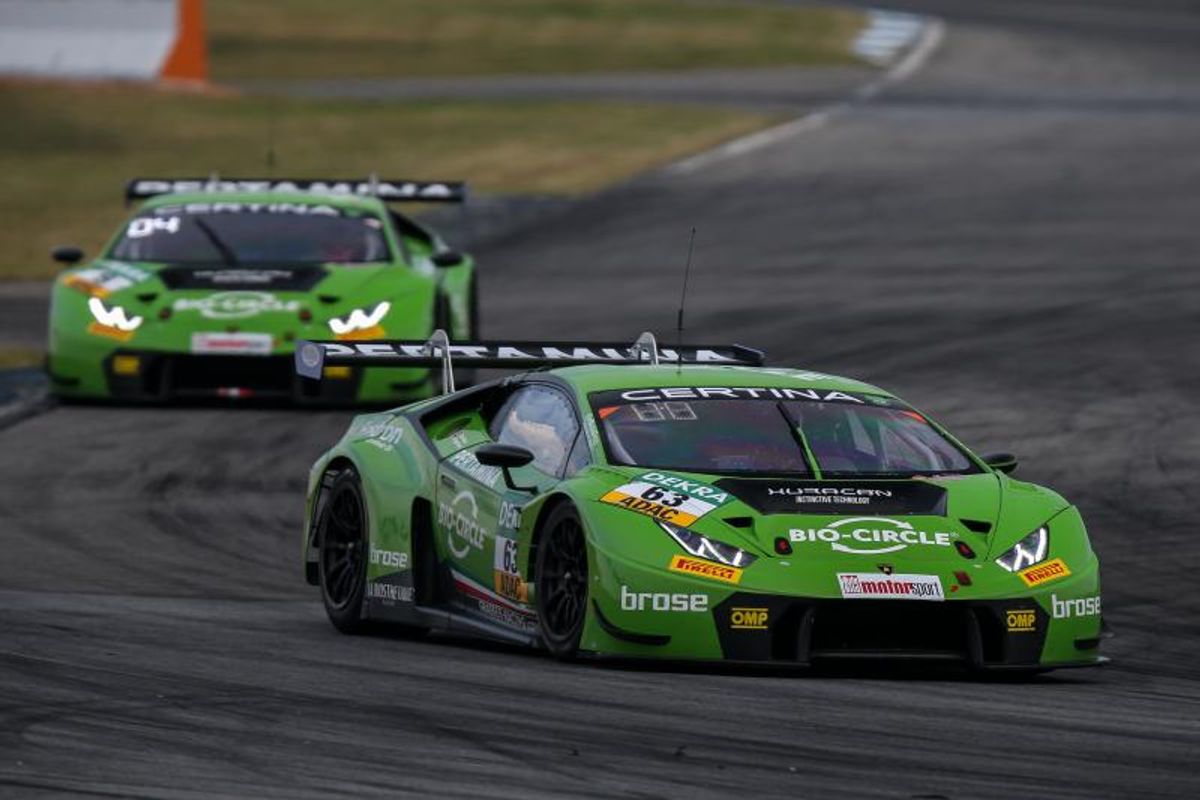 After a successful season this year, Team GRT Grasser Racing intend to drive to victory again in the 2018 ADAC GT Masters with their green Lamborghinis. Team Principal Gottfried Grasser is looking forward to going up against some strong competition next season.

With three triumphs during 2017, Team GRT Grasser Racing were the most successful outfit in the Super Sports Car League alongside title winners Callaway Competition. "Basically, I'm very satisfied," said team boss Gottfried Grasser, smiling: "We are Sunday champions. We achieved all our victories in the second races. We would have had a really good chance of winning the title if only Sunday's races had counted!"

Christian Engelhart & Rolf Ineichen triumph in their Lamborghini in the team's home race at the Red Bull Ring was a special highlight well worth savouring. "That was really wonderful and we were extremely delighted," said Grasser. "That was the second time since 2015 that we won practically in our own backyard, because our team headquarters are only a few kilometres away from the racetrack."

The Austrian is unstinting in his praise of his driver pairings: "Both Christian & Rolf and Ezequiel Perez Companc & Mirko Bortolotti have done a great job. We improved even more in the second half of the season and were better than we had been at the start. Ezequiel especially, who was embarking on his first season with us, got better and better during the year. But Rolf too has impressed us again and again and not just with his two victories. Although he is not a professional racing driver, he's extremely ambitious and gets better with every year that passes."

And so, Grasser is confident about 2018: "We've learned a lot for 2018. We'll have a similar line-up for the start and therefore feel confident. Our goal is a place in the Top Three overall. We want to be even more professional in our work and use test outings to prepare ourselves for ADAC GT Masters races. The competition will certainly be very strong again. Timo Bernhard and Timo Scheider have already secured the services of two well-known new drivers, and the competition from Team Rosberg with their Lamborghinis will certainly be stiff. They've been very successful throughout and won the DTM this year. I expect a lot from Rosberg. We're looking forward to going up against them and to having a strong competitor, who also deploys Lamborghinis."