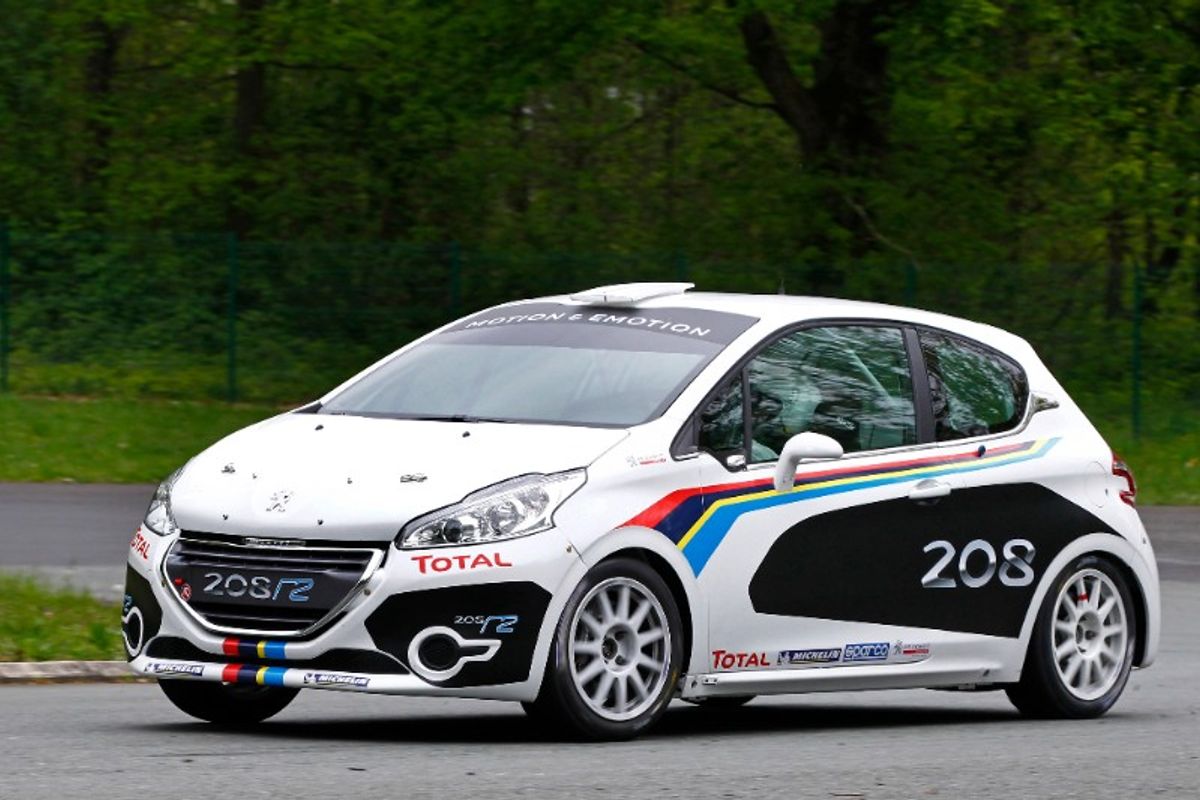 Reigning BTRDA 1400 Champion Ed Fossey will switch from the gravel series to the MSA Asphalt Championship in 2018 at the wheel of newly acquired Yokohama-backed Peugeot 208 R2.

The 19-year-old turned heads in his first season of gravel competition in 2017 at the wheel of a Toyota Yaris. With a title under his belt, the Jerseyman will continue his rallying career with a switch to Tarmac rallying in 2018, this time at the wheel of a FIA homologated Peugeot 208 R2.

The French pocket-rocket is a big step-up the rallying ladder for the Bournemouth University student, with the front-wheel-drive R2 machine boasting an advanced sequential gearbox and 1.6-litre engine producing nearly 200 brake-horsepower.

“After two years with the Yaris, we were looking for the next logical step and the R2 category in rallying is one of the most popular and most fiercely competitive,” explained Fossey. “The Peugeot 208 is really successful all around the world and a car that I can see me rallying for the next few years as I work towards the British Rally Championship in the future.

“I am really looking forward to getting behind the wheel next week. It’s a well-built car to the highest Peugeot factory specification and I’m not going to lie, I’m looking forward to having a sequential gearbox and little more power. It’s going to be a bit of jump from the Toyota but I am ready to get learning and testing. Having demonstrated the successful performance of the Yokohama gravel tyres, the team are looking forward to working with Yokohama to develop the tarmac tyre range.”

With the new machine primed and ready for action, Fossey is set to tackle the MSA Asphalt Championship. The eagerly-anticipated new season will see the British Tarmac series travel around the British Isles with rounds in England, Isle of Man, Northern Ireland, Wales and the exciting addition of an overseas round in Belgium.

“Last year the focus was on the gravel as I had never driven on the surface before. Now I really want to gather as much experience on the Tarmac as possible with a bit of gravel in between to keep me sharp. I have done the Jersey Rally a few times but I wanted to broaden my experience on all types of Tarmac and there is no better championship than the MSA Asphalt championship.

“I really enjoy the sealed surface and I am looking forward to every round as they are all unique. Bumpy Irish Tarmac, fast and flowing Epynt, iconic lanes on the Isle of Man and learning how to cut and carry speed in Belgium. There is so much history on each of these events and the chance of driving such iconic stages at my age is something I cannot wait to get stuck into.”

The Channel Islander will once again be joined by regular co-driver Chris Sharpe-Simkiss who has recently been selected to join the MSA Academy – overseen by former World Rally Championship co-driver Nicky Grist. Ed and Chris have already submitted their entry for the Tour of Epynt, one of the most challenging and demanding events on the calendar and the young pairing are relishing the chance to tackle some of the most famous sealed-surfaces stages in British motorsport.

The championship is set to be broadcast live on Facebook throughout the season with radio coverage via RallyFM and event highlights on Motorsport TV after every round.

Ed would like to thank Yokohama, The Next Big Step, Caraven-Sites.co.uk, Herock Workwear, Tractor Services CI Limited and the Jersey Motorcycle & Light Car Club for the continued support.

Fossey will focus his 2018 efforts on the MSA Asphalt Championship and will interweave his season with selected gravel events as well as the Roberts Garage Jersey Rally in October.