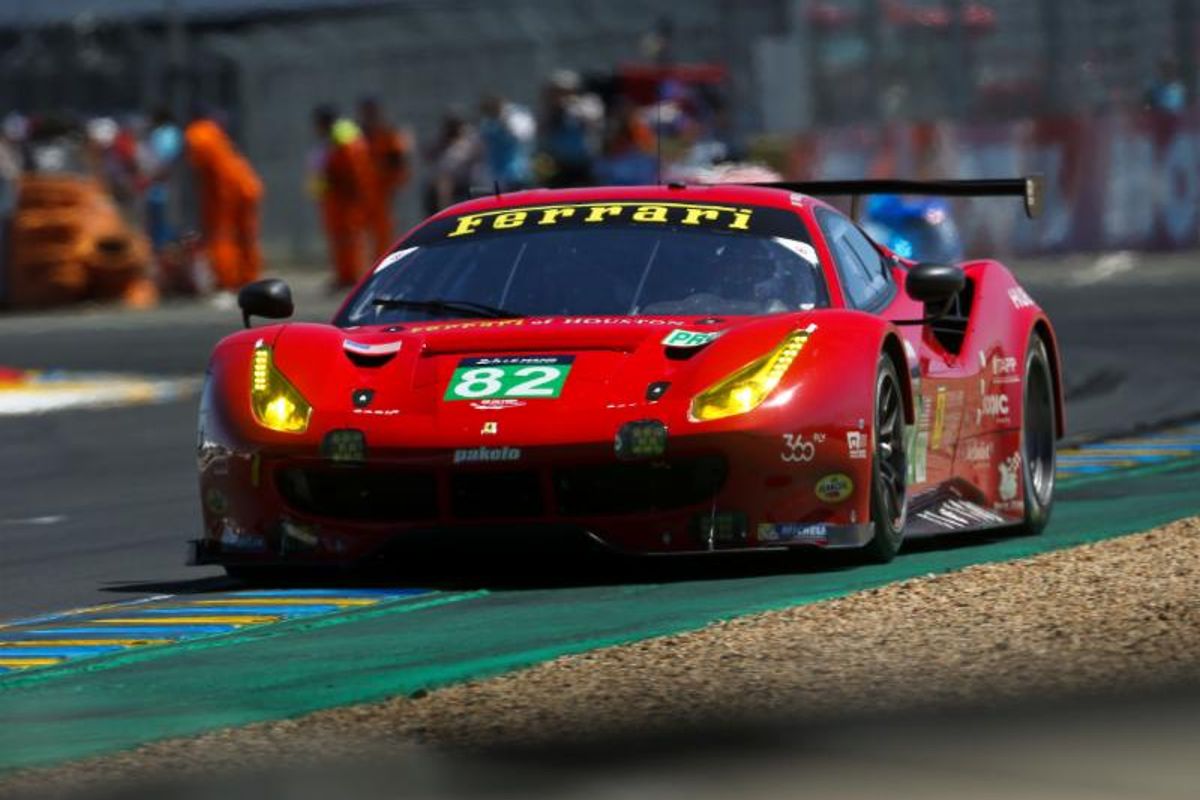 Risi Competizione and Keating Motorsport announced at this year's Rolex 24 At Daytona that they would partner for Keating's GTE-Am entry in the 86th running of the 24 Hours of Le Mans. Keating and long-time co-driver, Dutchman Jeroen Bleekemolen, were announced as the two drivers.

Today Keating announced that 22-yer-old Luca Stolz of Brachbach, Germany would join the pair in the cockpit of the Risi Ferrari 488 GTE for the twice-around-the-clock French endurance race, June 16-17. Stolz recently drove with the duo, along with Adam Christodoulou, in January's IMSA Rolex 24 At Daytona race to a fourth-place GTD class finish in the Mercedes-AMG Team Riley Motorsports Mercedes-AMG GT3.

"We're happy to have Luca joining Jeroen and me for the 24 Hours of Le Mans," said Keating of Tomball, Texas. "Although he'll be new to Le Mans, he's proven himself with us and that he is mature enough to handle endurance racing with both speed and a level head."

The young Luca started karting at age 12 and climbed through the ranks to open wheel racing (ADAC Formel Masters) at age 16. He then raced in Formula Three for a few years before landing in the Porsche Carrera Cup in Germany in 2013 and the Blancpain GT Series a year later. He experienced success with a win and podiums in 2014-15 in the ADAC GT Masters series before returning to the Blancpain series in 2016. That year he also drove in his first 24-hour race, the 24 Hours of Nürburgring for Konrad Motorsport. He was a busy young man also competing in a VLN and ADAC GT Masters. In 2017 Luca returned to the 24 Hours of Nürburgring, competed in VLN, Blancpain, ADAC GT Masters, 2 races in the 24 Hours Series in A6 and competed in his first IMSA WeatherTech SportsCar race with Konrad Motorsport.

So far in 2018, in addition to the Rolex 24 at Daytona, Stolz and teammate Bleekemolen won the Pro-Am class and third overall in the 12 Hours of Bathurst race, along with Marc Lieb and Tim Pappas in a Porsche 911 GT3R.

"I am very honored to be asked to drive with Ben and Jeroen at this year's 24 Hours of Le Mans," said Luca. "It's every driver's dream to compete at Le Mans and for me that's no different. Although I'm quite young, I have huge endurance racing experience and I feel ready for Le Mans. I'm really looking forward to it."

Bleekemolen has competed in every 24 Hours of Le Mans race since 2006, 12 in total in both Le Mans Prototype and Le Mans Grand Touring classes, including being a LMP2 class winner in 2008.

This year will be Keating's fourth visit to the Circuit de la Sarthe, his second in the GTE-Am class, after competing the past two years in the LMP2 class.

"I always enjoy seeing young talent given an opportunity," said Giuseppe Risi. "Ben has selected Luca to co-drive with he and Jeroen and the young man seems to already be showing success in endurance racing, so I'll be eager to see how he does in the Ferrari and at Le Mans. We welcome him to the team."

Keating received the IMSA-nominated automatic invitation to the 2018 24 Hours of Le Mans as the recipient of the Bob Akin Award, presented to the top Pro-Am driver in the GT Daytona Class in the IMSA WeatherTech SportsCar Championship. Last Friday the Automobile Club de l'Ouest (ACO) unveiling the official entry list for the 86th running of the 24 Heures du Mans. The entry will be the No. 85 Keating Motorsport with Risi Competizione Ferrari 488 GTE-Am.

The dates of the 24 Hours of Le Mans are June 13-17 with Test Day being held on June 3. Scrutineering starts in downtown Le Mans on Sunday, June 10.