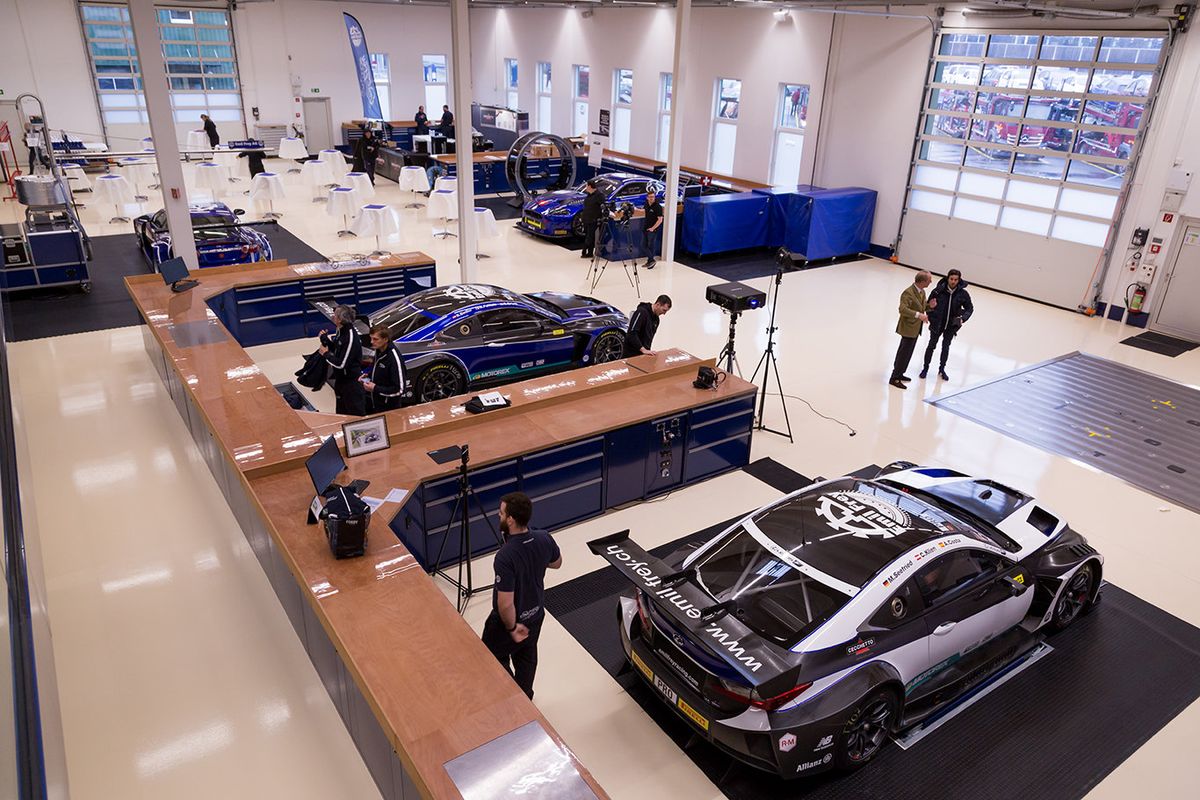 Following an exciting season and the very successful debut year of the newly-found Emil Frey Lexus Team and the brand-new RC F GT3, the private race team from Switzerland is launching at full speed into the 2018 season. Team Principal Lorenz Frey was joined by numerous invited guests and media representatives at the official opening of the new workshop at the headquarters in Safenwil this evening, announcing exclusive information about the upcoming year.

After finishing third overall in the Team’s as well as the Driver’s classification in the International GT Open Championship last year, the team will move up into the highly renowned Blancpain GT Series, participating in both the Sprint as well as the Endurance Cup with two Lexus RC F GT3.

Some of the racing driver names driving for Emil Frey Lexus Racing are well known from previous years. Amongst the well-experienced, former Le-Mans winner Stéphane Ortelli (Monaco), there are the former Formula 1 driver Christian Klien (Austria), the German Marco Seefried, the Austrian Norbert Siedler, Markus Paltalla from Finland and one of the Lexus star pilots from 2017, the Spaniard Albert Costa Balboa.

“Today was a special day as we had the great pleasure of presenting our new workshop to many invited guests and informed about the upcoming season”, said Lorenz Frey, Team Principal Emil Frey Lexus Racing. “It is always nice to see familiar faces ahead of the official start of the season. Even though the Blancpain GT Series is not a new championship for us, it is still a new challenge to compete with two relatively new race cars. Especially the Sprint Cup is something very exciting despite having had a brief visit at last year´s race meeting at Nürburgring. The team is highly motivated, we have strong drivers and can build upon the know-how from last year. We are very excited ahead of the first race.

"We are proud to work together with and represent a brand like Lexus," Lorenz mentioned. "Exhilarating Performance is one of the five main pillars of the brand and there is no better way to show that strength as with racing activities. It also gives us motivation and encouragement when we see the excitement and interest of the fellow Lexus colleagues and clients from all over Europe when they visit us in our workshop or at the circuit.''

The new season will start for Emil Frey Lexus Racing with the season opener of the Blancpain GT Series Sprint Cup, taking place on 6 April 2018 at Zolder (Belgium), marking the first showdown for the two Lexus RC F GT3.