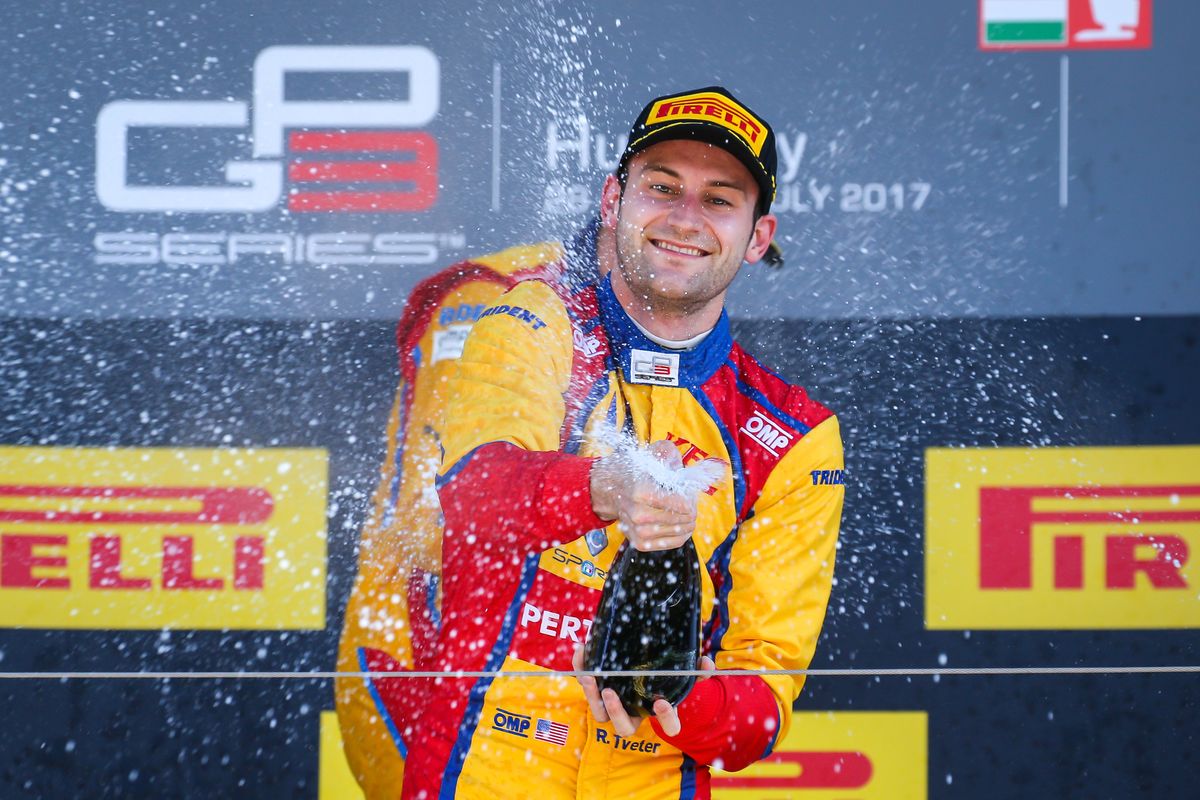 The Team Trident line-up for the 2018 GP3 Series continues to grow stronger by the day. The Italian squad has announce that New York-based racer Ryan Tveter will race under the team's banner for the upcoming season, returning for the second straight year in the championship after his 2017 debut.

Over the 2017 season, Ryan delivered consistently strong results and established himself as a contender for victory and a benchmark in terms of the team's technical choices. Ryan and the team have been working hard over the off season to make a further step forward and have high targets for the upcoming season.

Giacomo Ricci – Team Manager:
"We are delighted to have Ryan back on the team for our 2018 GP3 campaign. He is a very skillful and precise driver who has a very different background to most drivers in racing at this level. After joining Trident, Ryan found an environment to thrive in and continue to progress with stellar consistency delivering many great performances and results along the way. To finish on the podium in such a category as GP3 is a huge achievement in and of itself and Ryan came away with three, along with many other strong points finishes. Following him with the utmost care and providing the strongest car possible to chase his first GP3 win will be our absolute priority. Ryan had a breakthrough season in 2017 and I believe 2018 will be even stronger."

Ryan Tveter car #7:
“I’m so happy to continue to race for Trident in GP3 and want to thank the team and my supporters for making this possible. Last year was a breakthrough season for me and a huge part of that was the support and focused environment in the team. Everyone works with common goal of fully supporting the driver to get the best results possible. That support really helps you to feel confident in yourself and the car underneath you. I narrowly missed out on my first win on a couple occasions, but nonetheless we achieved some fantastic results with great consistency. To stand on the F1 podium for the first time was something I’ll never forget and spraying the champagne after receiving your trophy doesn’t get old either. The team and I have high targets going into 2018 and I can’t way to get pre-season testing underway.