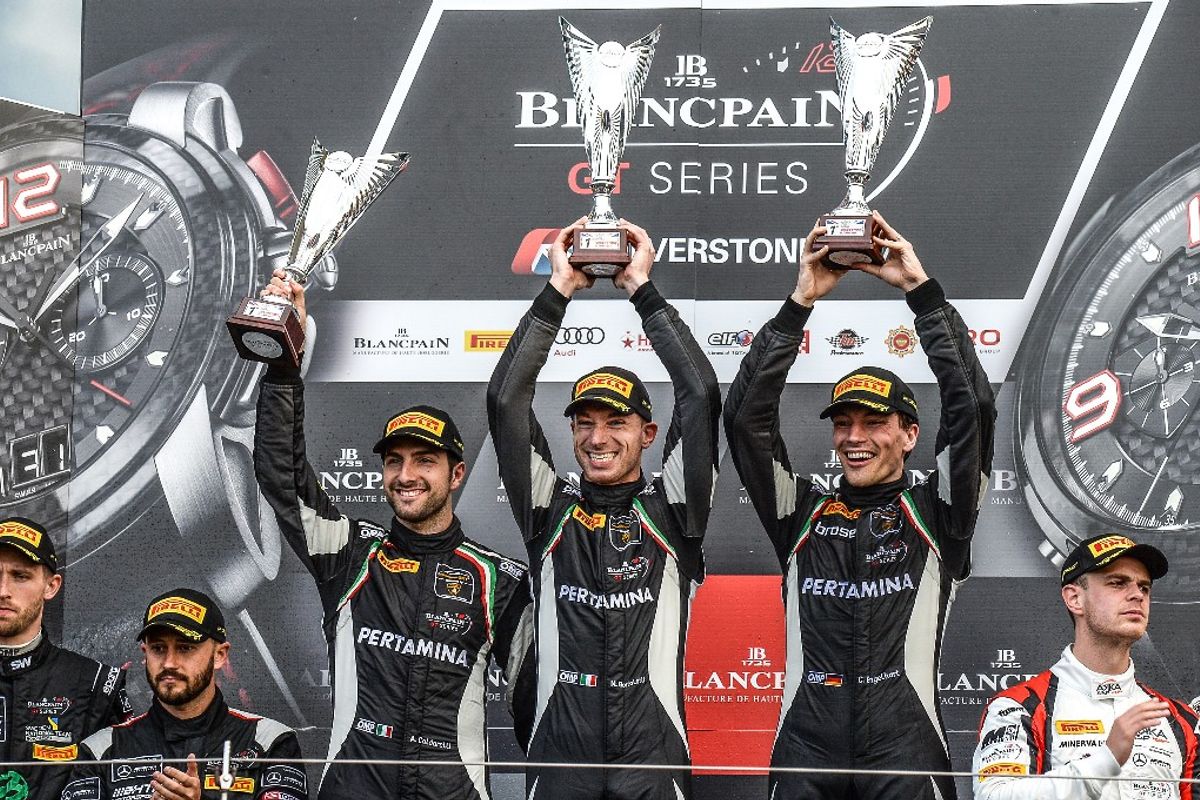 Andrea Caldarelli will race in a triple European version for his 2018 season. The Pescara-based driver has been announced as part of the Lamborghini Squadra Corse for a full Blancpain GT Series commitment, both Sprint and Endurance Cup, as well in the GT Masters with GRT’s Huracan GT3. Andrea, reneging Champion in the 2017 Blancpain GT Series Endurance Cup, will be lined-up again alongside Mirko Bortolotti and Christian Engelhart.

For the Sprint series, Andrea’s teammate will be Ezequiel Perez-Companc, while in GT Masters Caldarelli finds again Bortolotti to share the seat.

Andrea Caldarelli
“I’m really happy to announce my 2018 plans, increasing my partnership with Lamborghini Squadra Corse. Firstable I wanna thanks Giorgio Sanna and all the people in the factory, I felt welcome since the first moment and this is also a reason why this became my priority. An intense and great chapter of my life came to an end with Toyota. I grew up with them, since when I was 16, and I want to thank all for the support so far. Now It’s time to stay focused on 2018 targets, we want to confirm our title in Endurance Cup, and with Ezequiel last year, and we made a podium in our first race together. GT Masters will be a very high stage, and hopefully with Lamborghini we can write a page of history”.