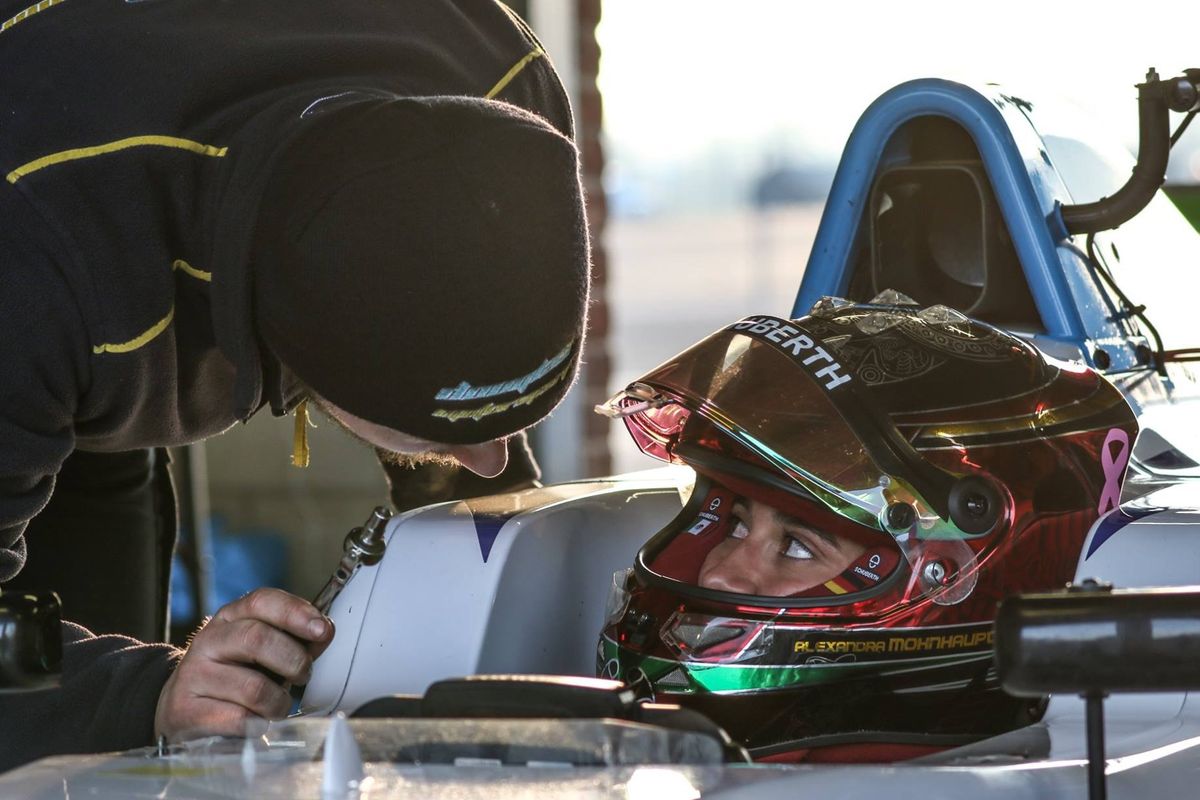 The 18-year-old graduates into British F3 after two seasons at Formula 4 level, making history this month as the first female race winner of an FIA sanctioned F4 event by taking a double victory in the Mexican NACAM Formula 4 series at the Autódromo Miguel E. Abed.

She currently lies in second place in this year’s championship having also scored five other podium results, including three at the Autódromo Hermanos Rodríguez, the venue for the Mexican F1 Grand Prix.

Prior to this, she raced in karting, with notable results being a fourth place overall in the 2014 FIA Mexico National Karting Championship and third in the 2011 Rotax Karting Mexico Capital Zone Minimax series.

Joining Jamie Chadwick at the Douglas Motorsport team, Mohnhaupt is is relishing the prospect of competing at a higher level: “I’m really excited to be racing in the BRDC British F3 Championship with Douglas Motorsport,” she said. “The car is fantastic, I’ve hugely enjoyed driving it in testing so far and I can’t wait make the step up and join the rest of the field on the grid at Oulton Park.”

Team Principal Wayne Douglas commented: “We’re very excited to welcome Alexandra to the team for the 2018 BRDC British F3 Championship. She’s gained a lot of single seater experience at F4 level, and her recent results in Mexico show that she is definitely ready for the next step up. We’re looking forward to working with her and assisting her development throughout the year."