Tickets on sale for London Concours Celebration of Speed 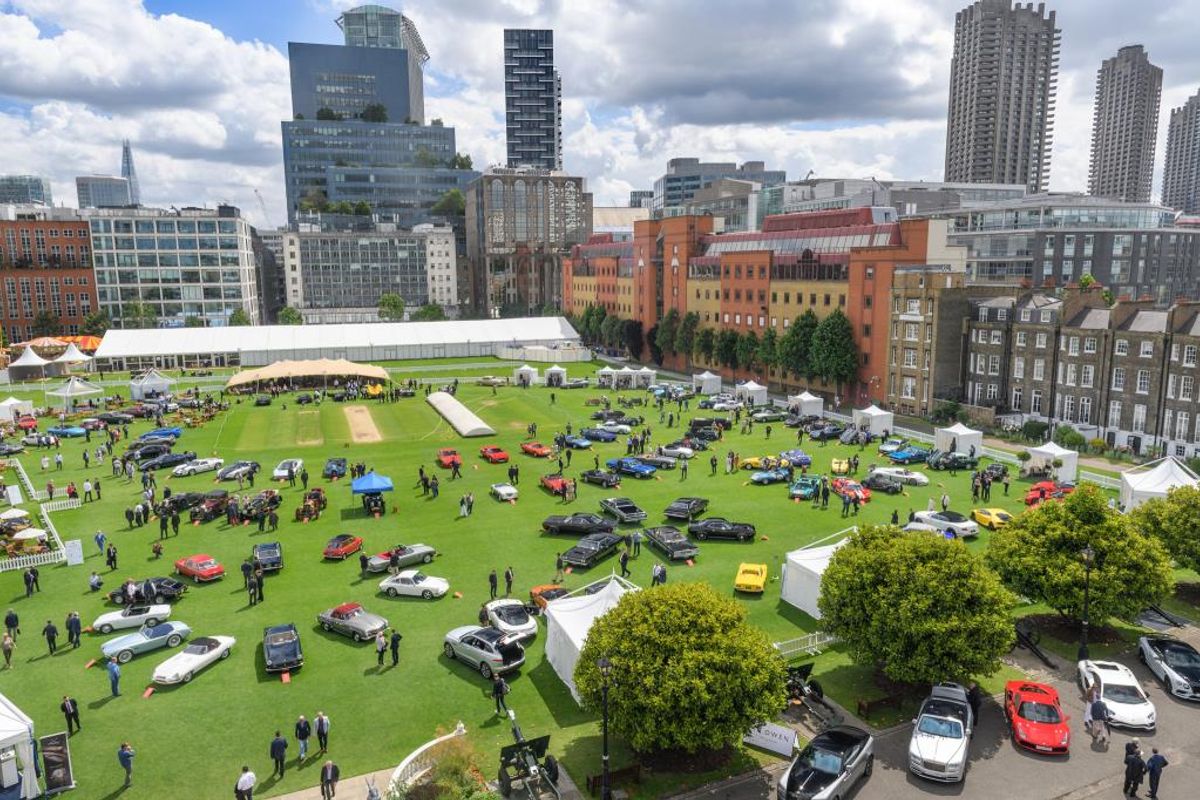 Tickets are now on sale for the London Concours; an automotive garden party held in the heart of the City of London from 7-8 June
This year’s event is an out-and-out celebration of speed, gathering a specially curated selection of more than 80 of the quickest cars ever created
From the Ferrari F50 and Pagani Huayra to the Mercedes 300SL ‘Gullwing’ and Fiat 28.5-litre ‘Beast of Turin’ all the cars have one thing a common; a single-minded desire to go faster
The UK’s foremost automotive specialists, including Stratstone, JD Classics and Nicholas Mee, will be hosting special features and displays

The London Concours 2018, hosted at the Honourable Artillery Company from 7-8 June, will be an out-and-out celebration of speed. Tickets are now on sale for the event, which will bring together a specially curated selection of more than 80 of the quickest cars ever created, from early 20th Century racers to modern hypercars.

The cars will gather in a five-acre oasis of green within the Honourable Artillery Company grounds, informally known as the ‘world’s second most valuable cricket pitch’. Just a stone’s throw from Bank, the Barbican and London icons like The Gherkin, London Concours is a unique destination for car enthusiasts.

A number of ultra-rare vehicles have already been confirmed to attend, including the Ferrari F50; a flagship of the Ferrari range in the ‘90s, with a 0-62mph time of 3.9 seconds and a top speed of 203mph. Nearly 20 years after the F50, in 2012, came another V12-powered Italian road car: the Pagani Huayra. This wild 230mph supercar, featuring active aerodynamics and a lightweight carbon fibre body, will also be on the London Concours lawn from 7-8 June.

But this celebration of speed isn’t just about the latest 200mph-plus supercars. The 1950s Mercedes 300SL ‘Gullwing’ will be making an appearance, as the fastest road car of its day, alongside the one-time land speed record-holding 1911 Fiat S76, informally known as ‘The Beast of Turin’. This 28.5-litre behemoth is capable of 135mph – not bad for a car over a century old.

The cars will be the focal point of the event, but London Concours is also a destination for luxury, featuring high-end food, champagne, watches and art. A unique ‘Investment Conference’ will be held on the morning of the London Concours, hosted by experts from renowned classic car specialists, JD Classics.

The team will lead a discussion on historic vehicles as a uniquely enjoyable investment, and the fastest appreciating asset class of the last 10 years.

Andrew Evans, London Concours Managing Director, said: “We’ll have a line-up of vehicles at the London Concours spanning 120 years, but there’s a common theme among them: the desire to go faster. This collection of vehicles sits at the heart of the event, but with our unique JD Classics ‘Investment Conference’ and displays from a number of our luxury partners like Stratstone and Nicholas Mee, the London Concours with become a real destination for the local City residents and workers.”