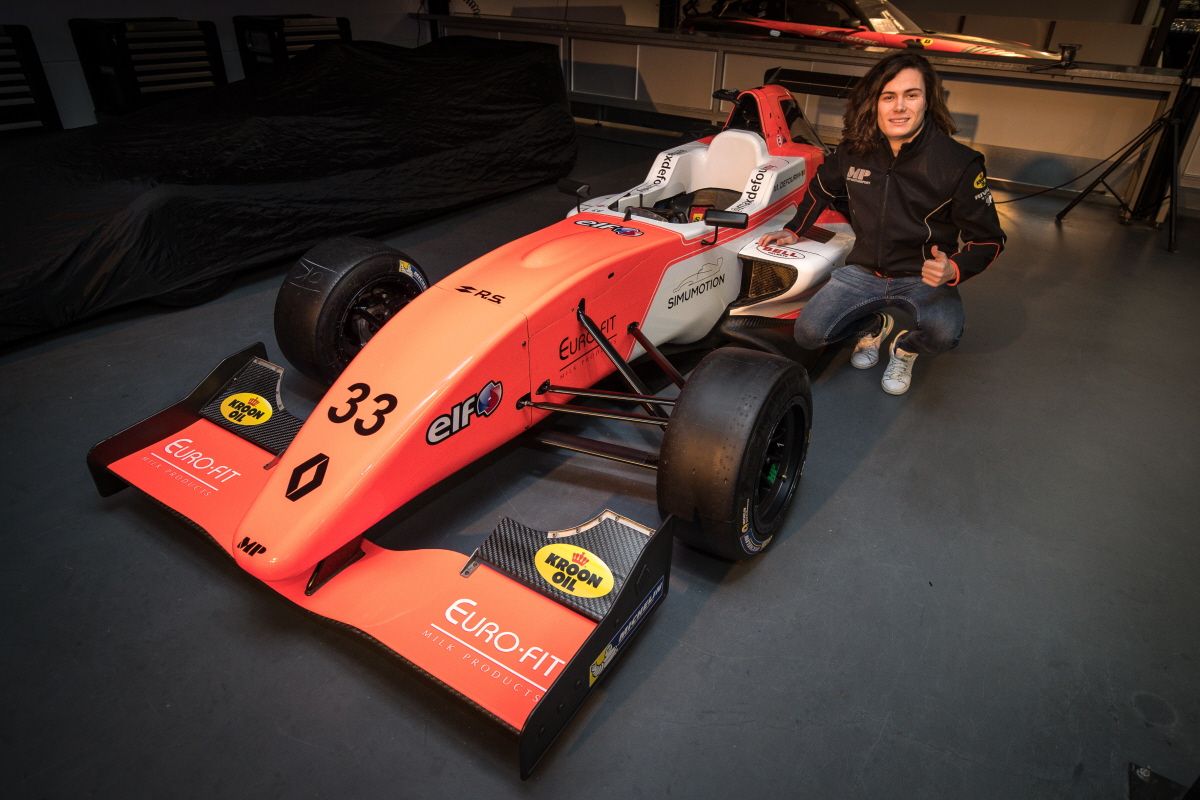 Max Defourny has signed with MP Motorsport for the 2018 Eurocup Formula Renault 2.0 campaign, as the Belgian embarks on his third season in the prestigious European single-seater series.

The move to join forces with the Dutch team comes after two successful years in Eurocup, where the 19-year old Belgian finished the campaigns in third and fourth place respectively - picking up nineteen podiums, five poles and two wins.

Now teaming up with MP Motorsport, Max is confident this move will help him fight for podiums and race wins, with the ultimate aim of achieving his goal of winning the championship.

"I’m very excited to sign with MP Motorsport", he said, "Staying in Eurocup is probably not what most people expected to happen but we thought it was the best decision for my career. We’re really happy with where we are now and with the team atmosphere; the meetings we’ve had have been very good and everyone has enjoyed the presence of each other and there’s confidence from both sides to get the job done."

The switch to the MP ranks has filled Max with confidence and he is determined to prove last year wasn’t a true representation of his talent, believing the team is perfectly suited to put him in a championship winning position - particularly after completing some successful testing with MP at Barcelona at the end of 2017.

"This year I’m committed to proving that last year was not the real me and there were other things going on that stopped me reaching my full potential", Defourny added, "I want to be champion this year, it’s as simple as that. The team this year has a real family feel to it and it is a really positive atmosphere which will help my development going forward."

The 20-race 2018 Eurocup Formula Renault 2.0 season will visit Europe's most prestigious tracks, including Max’s home event at Spa-Francorchamps and the fourth round of the campaign which supports the iconic Monaco Grand Prix. However, Max knows he needs to bring the same application and commitment to every round if he is to be battling for the championship.

"Of course Spa and Monaco are important races but we need to bring the same level of intensity to every race weekend not just the special rounds". he said, "This year we will be pushing for wins in every race but, of course, it would be special to win at Monaco after finishing on the podium the last two years."

Mark Blundell, MB Partners’ CEO and Defourny’s manager, is in full support of Max’s targets this year and feels the youngster is well-placed to make a real impact.

"Max is a very good driver and is highly respected in the motorsport community as one of Europe’s most talented youngsters", Blundell commented, "After coming so close to the championship in the past, Max is determined to win this year and we are all behind him to help him achieve his goals. MP Motorsport are a top team in the championship and the partnership has already gotten off to a great start, which bodes well for the year ahead."

MP Motorsport’s team manager Sander Dorsman is looking forward to Defourny joining the MP Motorsport stable, saying: “It is excellent news Max will be part of our team. We had some good and productive test days in December. He is a great team-player and knows how to win.

"Along with Alex Peroni and Christian Lundgaard, he will form a strong and balanced line-up of drivers that are all capable of running at the front and challenging for victory. We are all really looking forward to the season."

Max’s 2018 campaign gets underway in a month’s time at the Circuit Paul Ricard, over the weekend 14th/15th April, and will support Formula One, the Blancpain GT Series, European Le Mans Series and the ADAC GT Masters as the championship makes its 10-event trip around Europe.

This announcement comes as the first in a line of drives which Max will be set to undertake this year, as he looks to expand his racing horizons into other categories such as sportscars.