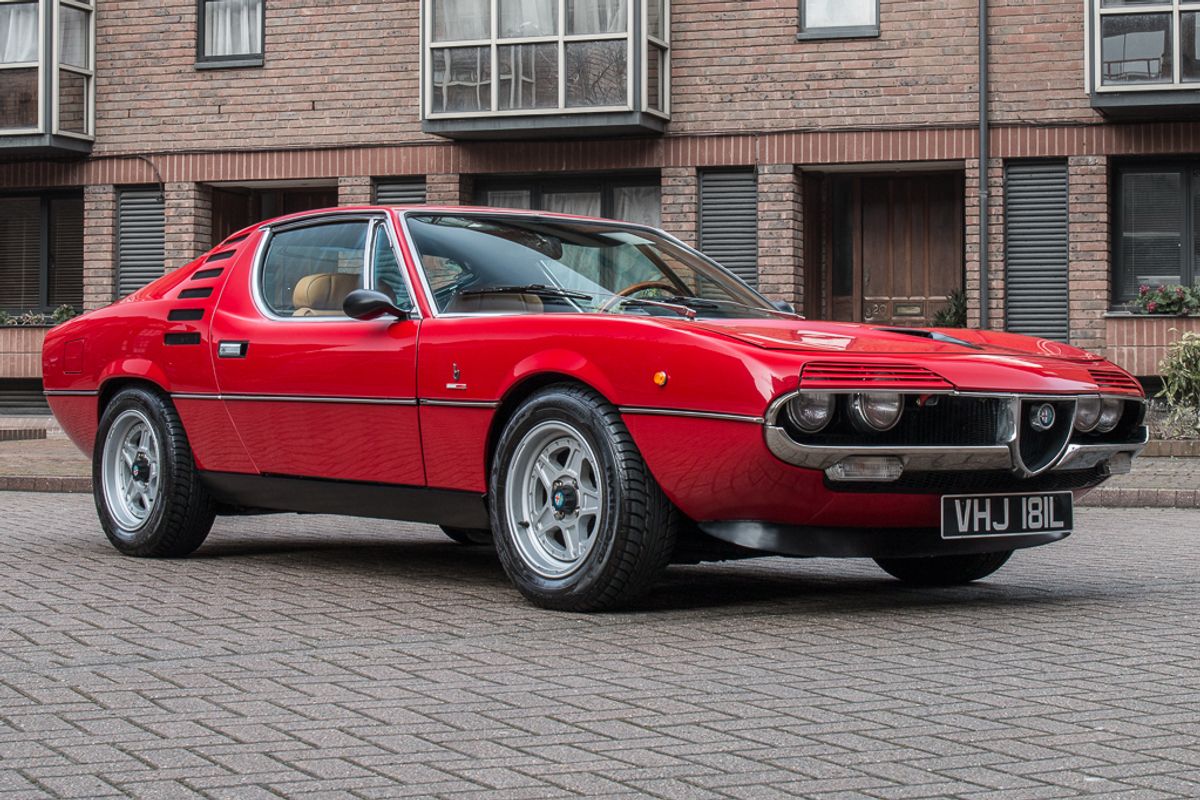 Previously sold by sister auction house and now returning to auction in restored condition five years later
One of over 150 cars for auction at the NEC, Birmingham on 24th and 25th March
An exemplary 1972 Alfa Romeo Montreal, previously sold by Silverstone Auctions in 2013, has emerged from a recent £28,000 restoration and will be offered for sale by Classic Car Auctions (CCA) at the Practical Classics Classic Car and Restoration Show with Discovery on Saturday 24th and Sunday 25th March.

Having undergone a number of performance and restorative upgrades by its owners over the years, the stylish two-seater Italian classic is possibly one of the best examples of the model in the world, of which just 64 are thought to exist today in the UK.

This particular left-hand drive version was manufactured on 14th October 1972 and sold new to its first owner just three days later by Alfa Romeo Brussels. It was later imported into the UK in 1989 and has had just four owners in its lifetime.

More recently the car has had the injection system replaced by four carburettors as well as a new windscreen, new carpets, rebuilt seats and a bare metal respray in gleaming Alfa Rosso with the addition of silver Campagnolo wheels.

Offered for sale by Silverstone Auctions at the Silverstone Classic 2013, the car now returns for auction with the younger sister company with an estimate of £50,000 to £55,000.

“The Montreal is rapidly becoming one of the most famous and desirable Italian sports cars of its decade, and this particular example is in stunning order, fresh from a £28,000 restoration completed in January,” explains Richard Greenhalgh, classic car specialist, CCA.

“It’s not unusual to see classics return to auction, but this particular transformation has been very successful, and collectors and fans of exotic Italian design won’t want to miss this opportunity to purchase one of the finest Montreals we’ve seen.”

Documents, invoices and a photographic record of the restoration are included in the car’s history file.