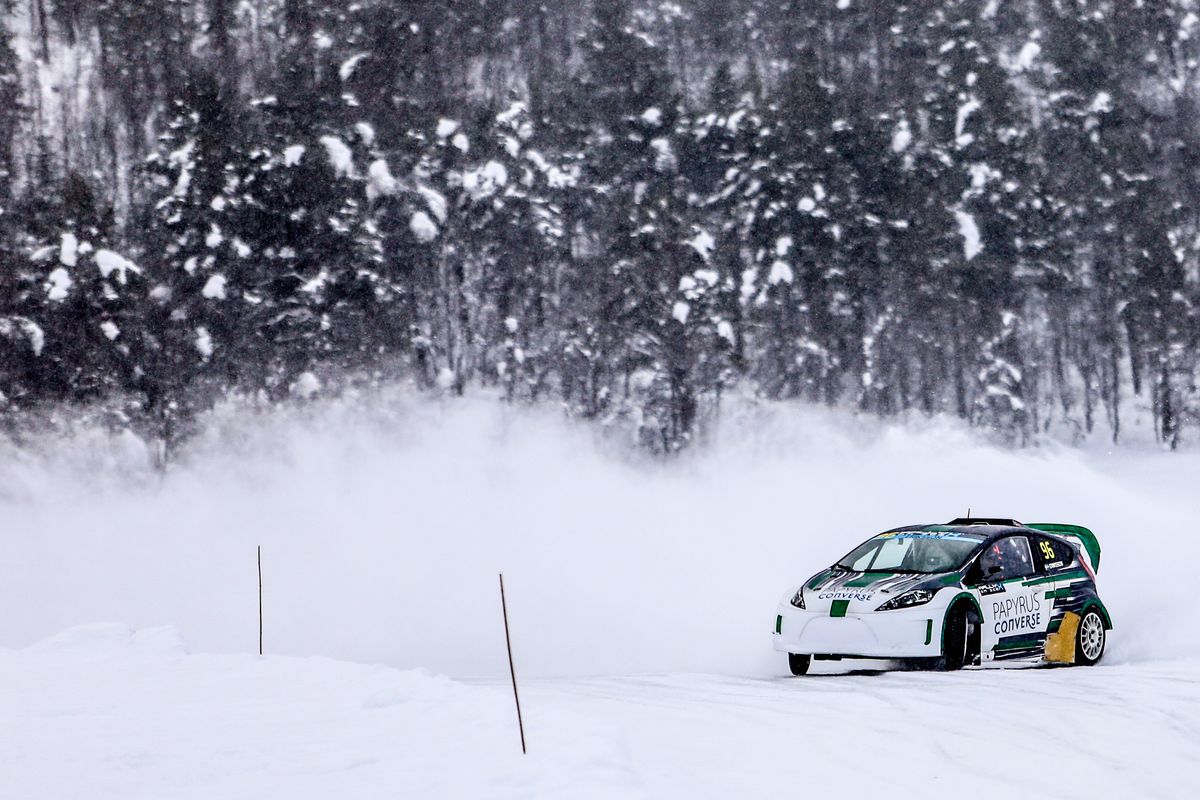 Following a victory apiece in the 2018 RallyX on Ice campaign, brothers Oliver and Kevin Eriksson are preparing to duel it out for the coveted crown at Gol in Norway this weekend (3 March), as the ultra-popular winter series speeds towards a thrilling conclusion.

Running with Swedish rallycross powerhouse Olsbergs MSE, the Erikssons have proven to be the class of the field in the headlining Supercar Lites category, with Oliver coming out-of-the-blocks in fine form to triumph in the Östersund curtain-raiser and elder sibling Kevin – who is competing under the MJP Racing banner – hitting back to win round two at Höljes, home to Sweden’s legendary FIA World Rallycross Championship event.

The brothers both returned to the rostrum at Ål last weekend, leaving Oliver sitting just seven points clear of Kevin at the summit of the standings with only this weekend’s showdown at Gol (Saturday, 3 March) still to go.

“I’m hugely fired-up for the RallyX on Ice finale!” enthused 19-year-old Oliver, GRC Lites Champion in 2015. “We’ve had a really strong run so far, though a couple of small mistakes at Ål potentially cost me a second victory. I’m feeling confident and I’m ready to go out and fight for this – may the best man win!”

“It’s tight at the top!” added 21-year-old Kevin, an FIA World RX race-winner and former RX Lites Champion. “It’s been a great battle with Oliver so far, but we must be careful not to discount Sondre Evjen, who is just one point behind me in the classification and on home turf here at Gol. One thing’s for sure – it’s going to be one hell of a scrap!”

The car driven by last weekend’s winner, Robin Larsson, is similarly fielded by OMSE under the Larsson Jernberg Motorsport banner, and now the Swede – a former FIA European Rallycross Champion – has the monkey off his back, he is hunting more silverware.

Reigning RX2 International Series and GRC Lites Champion Cyril Raymond is targeting a change of fortunes at Gol. A podium-finisher at Östersund, the Frenchman has proven to be fast but out-of-luck since, while American team-mate Cole Keatts – the youngest driver on the Supercar Lites entry list at only 16 – is improving by the weekend and just needs to take that one last step to truly be amongst the contenders.

There is, finally, another special guest name on the side of OMSE’s Team Penske-liveried car – that of three-time Indianapolis 500 winner Hélio Castroneves, who like Josef Newgarden five days ago, will be making both his rallycross and ice racing debut tomorrow. To say that the Brazilian is hyped-up for the challenge would be quite the understatement...

“I can’t wipe the smile off my face!” he enthused. “This is an awesome opportunity to do something that I never, ever thought I would do and I’m having a lot of fun – so much more than I was expecting. Everybody has been helping me out and giving me tips on how to go sideways and every lap is different, which is why these drivers are so incredibly talented – you’ve got to be ready no matter what.

“Of course, I’m a little bit – and when I say a little bit, I mean a lot – out of my comfort zone here. My goal is to try to stay with the pack, learn as much as I can and not end up in a snow bank! I can’t wait to see what it’s like with all the other guys on-track too and the crowd watching on. Hopefully, I won’t do that badly...”

Tickets for round three of RallyX on Ice at Gol tomorrow (Saturday, 3 March) can be purchased on-site (cash only), with gates opening at 08h30 and the racing getting underway at 09h00.

The racing action will be streamed live from 12h00 GMT on both Motorsport.com and SBF Play, and televised live by Swedish national public broadcaster SVT.