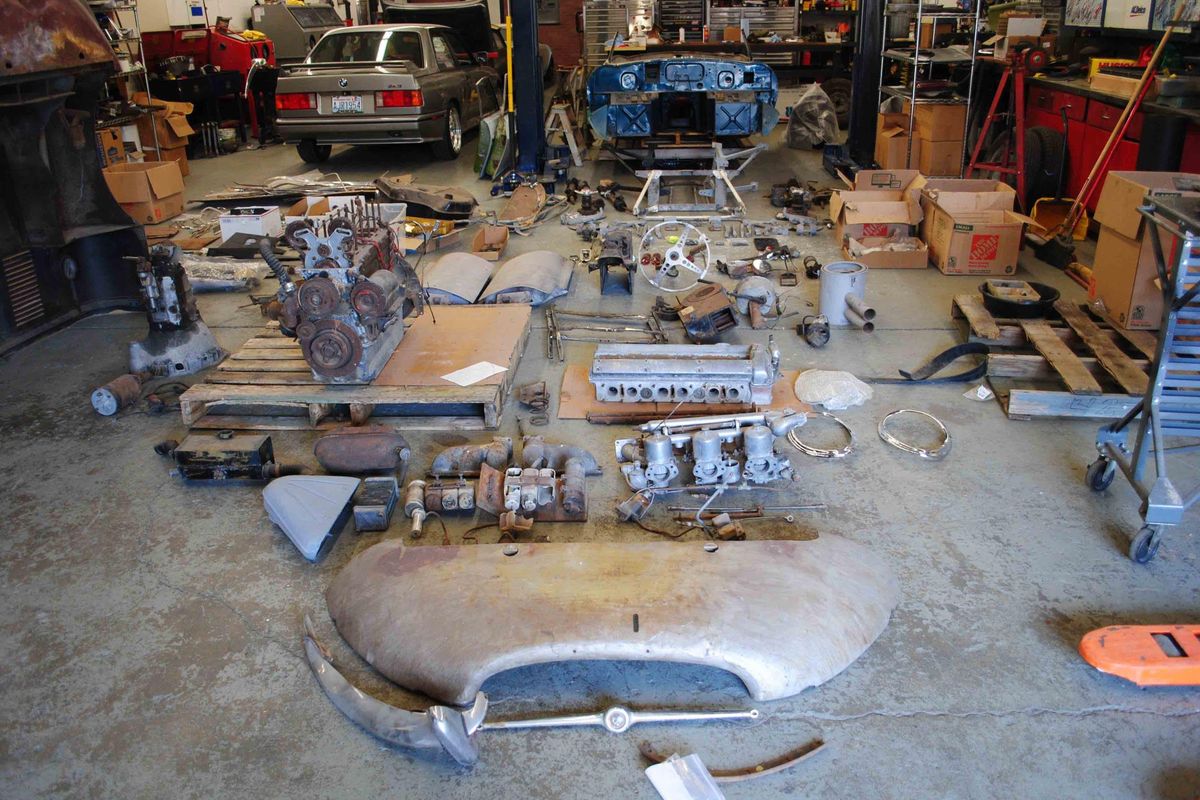 Proving that you can’t keep a classic car enthusiast down, Barons’ Classic Winter Warmer sale at Sandown Park on February 27 was well attended, in spite of the imminent arrival of the ‘Beast from the East’ weather conditions.

The top price on the day was achieved by a fully dismantled 1963 Jaguar E-type S1 3.8 roadster in need of complete restoration. This soared above top estimate, selling for £56,650. The successful bidder, who will receive their new acquisition in rather a large number of crates alongside the chassis and body panels, now has what promises to be a very rewarding project ahead of them.

The lively atmosphere in the saleroom resulted in brisk bidding - echoed by the activity on the phones and internet - and the result was a good start to Barons’ 2018 sale calendar.

Other notable lots included the 1980 Ford Escort XR3 - one of the original media launch cars - which sold for £16,830, and a 1987 Mercedes 230 CE G-Wagon. This luxury 4x4 is a none-runner, having been stored for many years, and was offered at no reserve. Either the cold weather or the established appeal of this particular model inspired the subsequent bidding, and it sold for £12,320.

A true labour of love, the 1970 MG Midget Mk3 Supercharged in the sale has been immaculately restored, including a new Heritage body-shell and a rebuilt and supercharged engine. It more than doubled the initial estimate, selling for £12,320.

Another strong seller was the registration number B00 61E, which significantly exceeded estimate, dancing its way to a new owner for £9,900.

Barons is now preparing for its second sale of 2018, the Spring Classic, which will be held at Sandown Park on Saturday, April 21st. Early entries include a spectacular 1930 Nash 494 Straight Eight sedan seven seater limousine that was originally owned by Frederic S Bennett, the Englishman famed for reversing the fortunes of Cadillac 100 years ago by winning the Dewar Trophy in 1908 and for completing the 1000-mile ‘Bennett Run’ reliability trial in 1903 and again (at the age of 79) in 1953.